It Was the Last Astros Game Ever... for Luke

It Was the Last Astros Game Ever... for Luke

For Game 2, Let's Cheer Along with Luke! 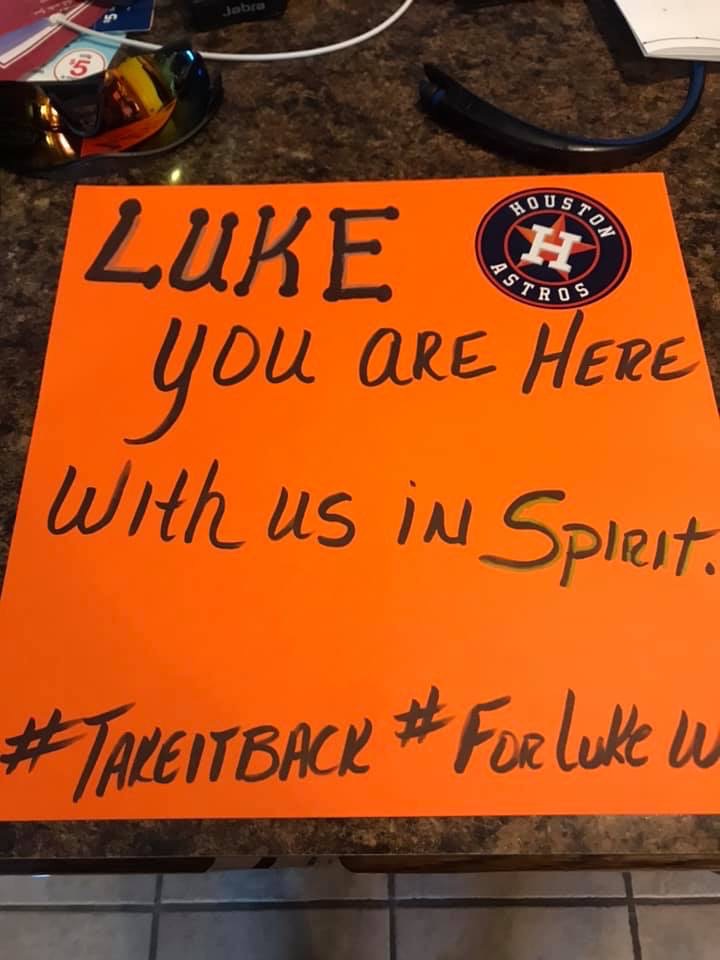 The ALCS Championship was the last Astros game ever for Luke Whitworth, 24.

Driving home from the ALCS Championship game, Luke was killed in a single-car accident in Dayton, Texas.

A huge and lifelong Astros fan, Luke texted his mom just two hours before his crash to tell her that he had spent "a lot more than he should have" to buy a Game 2 World Series ticket for $800.  Unfortunately, he now won't be able to use that ticket, Section 152, Row 121, Seat 17.

Instead, his brother, Matthew Whitworth, will be sitting there instead, along with a picture of Luke to cheer the Astros on to victory tonight at Game 2.

Even more tragic was that Luke had recently married his high school sweetheart, Madison Roberts.

Luke's Aunt, Kathy Whitlock Smith, put up a Facebook post which has since gone viral about Luke and his incident.  She has asked all of us Astros fans to remember Luke by bringing a sign to the game tonight to honor Luke.

"We’re asking everyone who is going to the game, going to a watch party, or even watching at home to make a sign stating, “Luke you’re here with us in spirit”, and to take a picture and post it to Facebook tagging myself, Kathy Whitworth Smith.

Luke may not be able to watch the Astros win their second World Series title, but he will be with each of us for every pitch and every swing of the bat.

We here at OCN would like to extend our deepest condolences to his family. Let's get those signs made and all remember Luke tonight, as he watches the Astros win, from far up above.