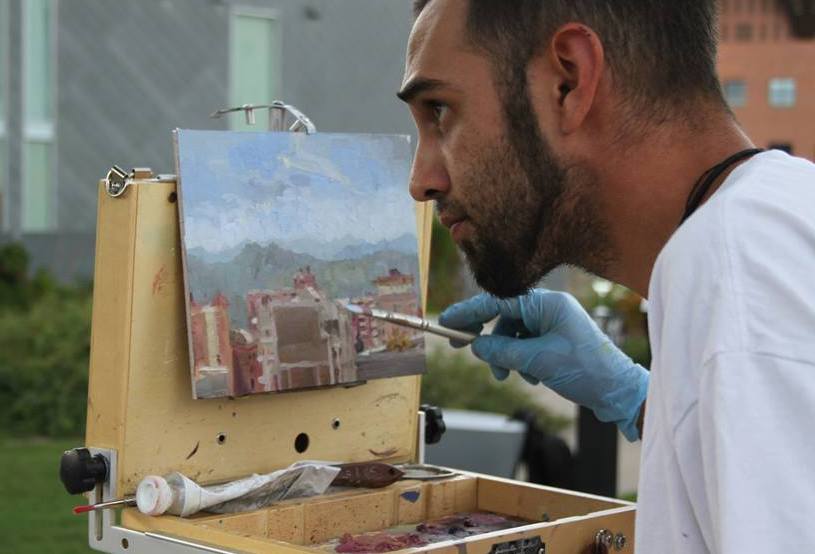 Graffiti has given Delton Demarest a legit livelihood.

If there was ever a mural artist that embodied cool and open-handedness, it would be Delton Demarest.

Maybe it's the graffiti background he is so deeply rooted in that makes him that way. As a kid, it was the graffiti and street art that actually taught Demarest to be respectful of people.

"There's no denying that is an important part of what I do," he told Our Community Now.

He started as a graffiti artist and then went to New York to study. He calls himself an illustrator and muralist, and for over 13 years, he's painted many murals in Denver. As an official mural maker, he's legitimately painted anything from a bus to a recreation center, to a tryptic format on factory garage doors, to skateboard decks.

His work is personal, whether it's commissioned or not, and he finds a way to connect the observer with the message that "everyone has a voice." With that said, he's been a victim of his own art form. He's had to go back and fix five murals that were tagged, but there was no ill-will. It was simply a statement he made with an underlying respect for the very type of graffiti that has given him a legit "impressionist spray paint" livelihood.

Demarest is a full-time mural maker and has his studio in RiNo, Delton Demarest Arts. A native of Colorado, he was raised in Aurora.

Our Community Now got a chance to talk with Demarest while in his RiNo studio about six of his murals and where you can find them. When it comes to his art, he's a man of few words but he leaves behind a strong message: "I choose to enhance people's lives and leave the art for conversation."

For more artwork from Demarest, check out his Instagram @deltondemarest. And click the NEXT button below to see the first mural!