Denver Getting 26 Murals as Part of Urban Art Fund Grants

Denver Getting 26 Murals as Part of Urban Art Fund Grants

The City of Denver is about to get a little bit more colorful, as 26 new murals will be painted in the city over the next year.

Last week, Denver Arts & Venues announced the recipients of its 2019 Urban Arts Funds (UAF) grants and the list includes 26 murals, possibly more, that will be added to the city’s urban landscape.

The program, which also just announced its third year of 'Urban Arts Fund: Engage,' was started as a graffiti prevention program. The program expanded in 2017, to build up a stronger connection between artists and the community with increases in funding and UAF projects. The group of immersion projects is focused on social change and community building. UAF: Engage will further engage the community through workshops and discussions.

Thirty artists from Colorado and six national artists are on this list of selected projects, as well as five international artists with more than $100,000 in funding behind the program.

The program kicked off last week with a UAF mural on Cherry Creek Trail, between Market and Blake Streets. The mural was painted by artist Jonathan Pucci of San Diego and features an image of cyclist Marshal “Major” Taylor. Taylor was known for breaking the color barrier in the world of cycling in 1896 when he won the half-mile sprint, setting seven world records, as well as winning a World Championship in cycling during his career. 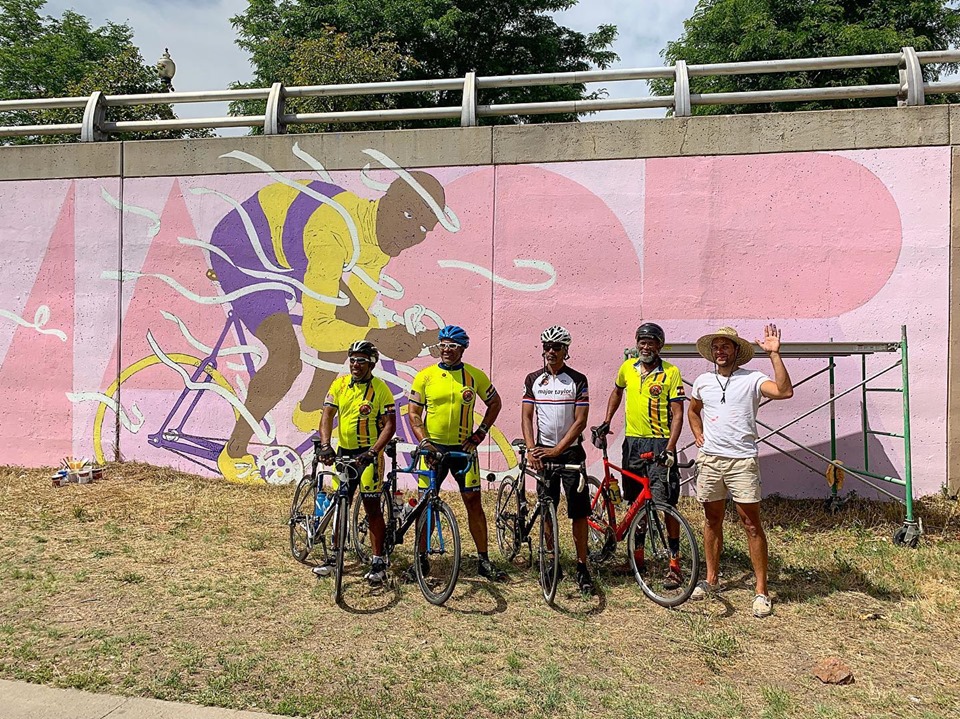 “The Urban Arts Fund does much more than beautify and enrich our great city. By creating these murals, we’re able to support local talent, engage our diverse neighborhoods and attract internationally renowned street artists to Denver," said Mayor Michael B. Hancock in UAF’s official press release.

We are really excited to see all the new art that will be coming to the City of Denver! Below is a list in alphabetical order of all the selected artists and where they're from.

Are you excited to hear about more art from local artists being funded in Denver? Do you know of a local artist or muralist that has added to the urban art scene here in Denver? Let us know what you think and if you have seen any of UAF’s projects in the comments below.