The Maryland flag, as seen in the reflection of a water droplet ...

Photographer Heather K. Rees of Rising Sun was the mastermind behind photographing the flag's image via a droplet of water—and she made the photo show even more Maryland state pride by capturing that droplet dangling from the claw of a Maryland Blue Crab! 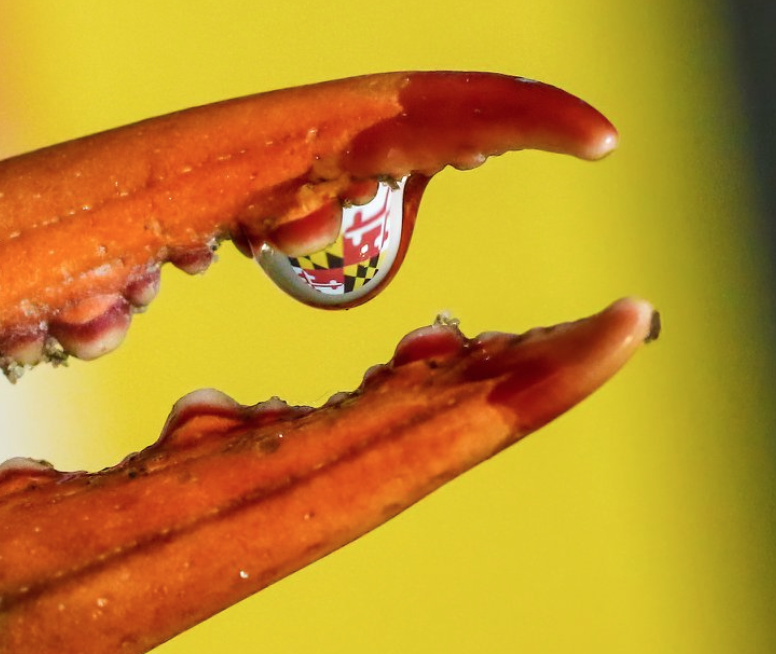 If you look closely, you will see the Maryland state flag inside the water droplet dripping from the claw of a Maryland Blue Crab. Photo courtesy of Heather Rees.

Rees’ photo, titled "Maryland, My Maryland," was the winner of the Fan Favorite category of The Maryland Department of Natural Resources’ (MDNR) 17th annual photo contest. The Fan Favorite photo was chosen by popular opinion on the department’s Facebook page. Followers were encouraged to “Like” and “Share” their pick when the photos were posted, and Rees’s photo was the most liked!

🏆 Congratulations to Heather K. Rees of Rising Sun. Her photo, "Maryland, My Maryland", was the winner in our annual Fan Favorite Photo contest hosted on our MarylandDNR Facebook page! A big thank you to everyone who voted this year!

About 2,500 photos were submitted by 475 photographers in this year’s contest. In addition to the Fan Favorite category, judges announced an overall grand prize winner and selected first through third place winners in four seasonal categories—winter, spring, summer, and fall.

Rees also received 2nd place in the summer category with her photo, “Dance of the Yellow Jacket.” 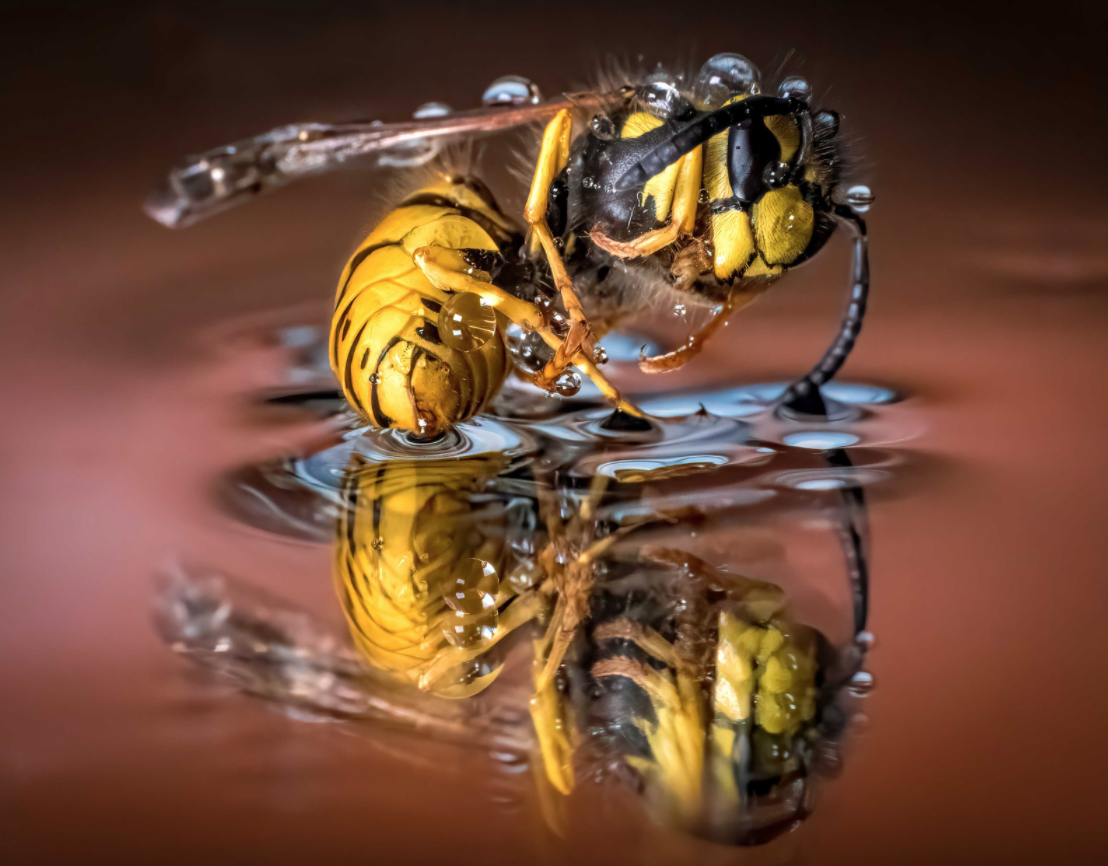 "Dance of the Yellow Jacket" by Heather Rees.

Not only did Rees's " Maryland, My Maryland" photo win MDNR’s Fan Favorite contest, it was also one of the winners of Maryland Photography Alliance’s photo contest this year.

“This image is really stunning and it’s my favorite of the whole contest. I wish it was mine,” one of the judges said during the virtual award ceremony.

“I was beyond honored, and thrilled, to have one of my images chosen as a winner in the Maryland Photography Alliance photo contest earlier this week,” Rees wrote in a Facebook post.

“I've never had the opportunity to hear judges talk about an image I've created before. Hearing them say ‘I wish I took that shot’ really floored me! Thank you MPA!!!!”

Rees’s photos will be published in MDNR’s 2021 calendar along with the photos of the other category winners so that Marylanders can have their own copies of these stunning photos.

What do you think of Rees’s photos? Let us know in the comments below!