9 Creepy Colorado Hikes That Will Haunt Your Dreams

9 Creepy Colorado Hikes That Will Haunt Your Dreams

Visit these haunting hotspots to put a little spook in your step any time of the year.

There’s no doubt that hiking in Colorado offers plenty to do and see, but what if you want to add a few goosebumps to your jaunt? Check out these chilling hikes to get your adrenaline pumping in more ways than one. These thrilling trails have a reputation for everything from graveyards and whispers to full-body apparitions. So, if you are a fan of trekking among the terrifying, check out our list below.

*Please note these areas may have certain COVID-19 guidelines and restrictions. Visit each hiking location's website for more information prior to visiting.*

Once an outcast of society, a woman known as the River Witch killed herself after her loneliness became unbearable. Today, hikers of the city’s nature trails report sightings of the sorrowful specter, perhaps seeking salvation that she was so denied. Or perhaps she’s seeking revenge on the community that shunned her.

Gold Camp Road is certainly not short on breathtaking scenery. This road through North Cheyenne Canyon near Colorado Springs will lead you to several tunnels, originally carved to transport ore, and a tale of tragedy. It is said that the third tunnel is home to a school bus and its young riders, who were trapped when the tunnel collapsed. Because of the extent of damage, the decision was made to seal the tunnel and leave the bus where it sat, trapping the spirits for all of eternity. But, it appears that the stone wasn’t enough to hold back the hauntings. Hikers near the tunnel, have heard tiny laughter, and those who have driven there in the past have reported seeing little handprints appear on fogged car windows.

It’s the second tunnel that you have to watch for, however. Some say that it is violently active, with people claiming scratches, being hit, groped, voices, and more. 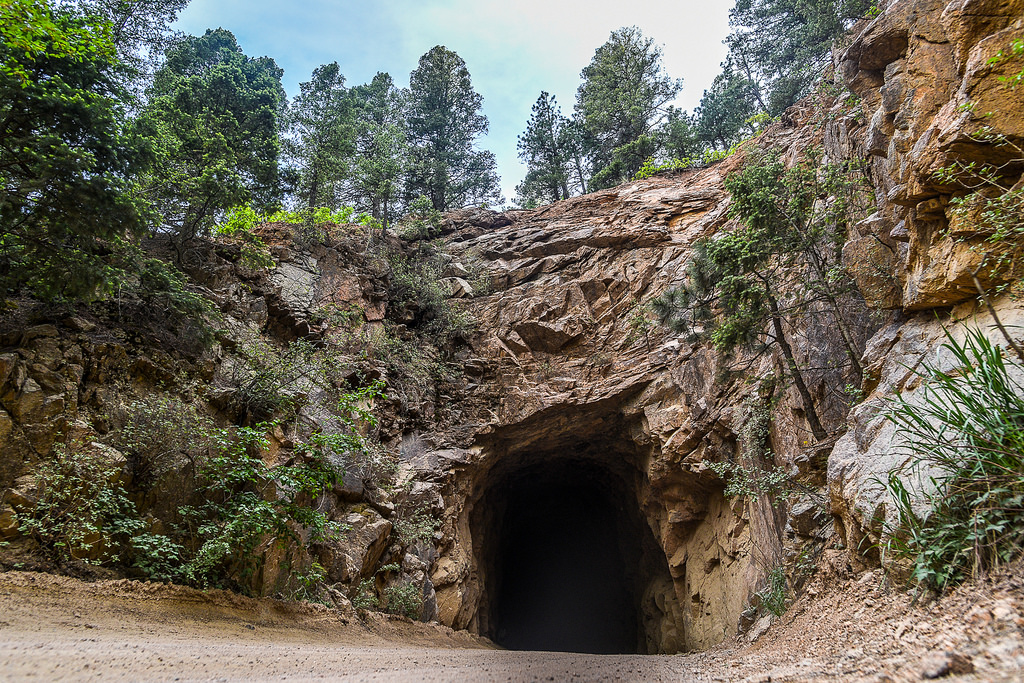 Hike: 9.7-mile out and back. Rated moderate.

This haunted history of this hike is both terrifying and heartbreaking. The area surrounding Grand Lake was host to a battle between the Cheyenne and Ute Native American tribes. In an effort to escape the carnage, women and children took to rafts and floated out on the lake. A storm struck, and they were lost out on the water. The lake and surrounding area are said to be haunted by the spirits of those who drowned.

The Great Sand Dunes are one of Colorado’s true treasures. The geologic anomaly draws adventure-seekers from around the world, and maybe some from out of this world, as well. UFO sightings and unexplained cattle mutilations have been reported in the San Luis Valley for years. Is the truth out there? If you want to risk abduction and some potentially uncomfortable probing, head out there at night and check it out for yourself!

Do you want to camp amidst the creepy? Head over to Center, and visit the UFO Watchtower. You’ll hear some pretty extraordinary stories, and maybe have an encounter with an extraterrestrial. Just remember to clinch those cheeks. 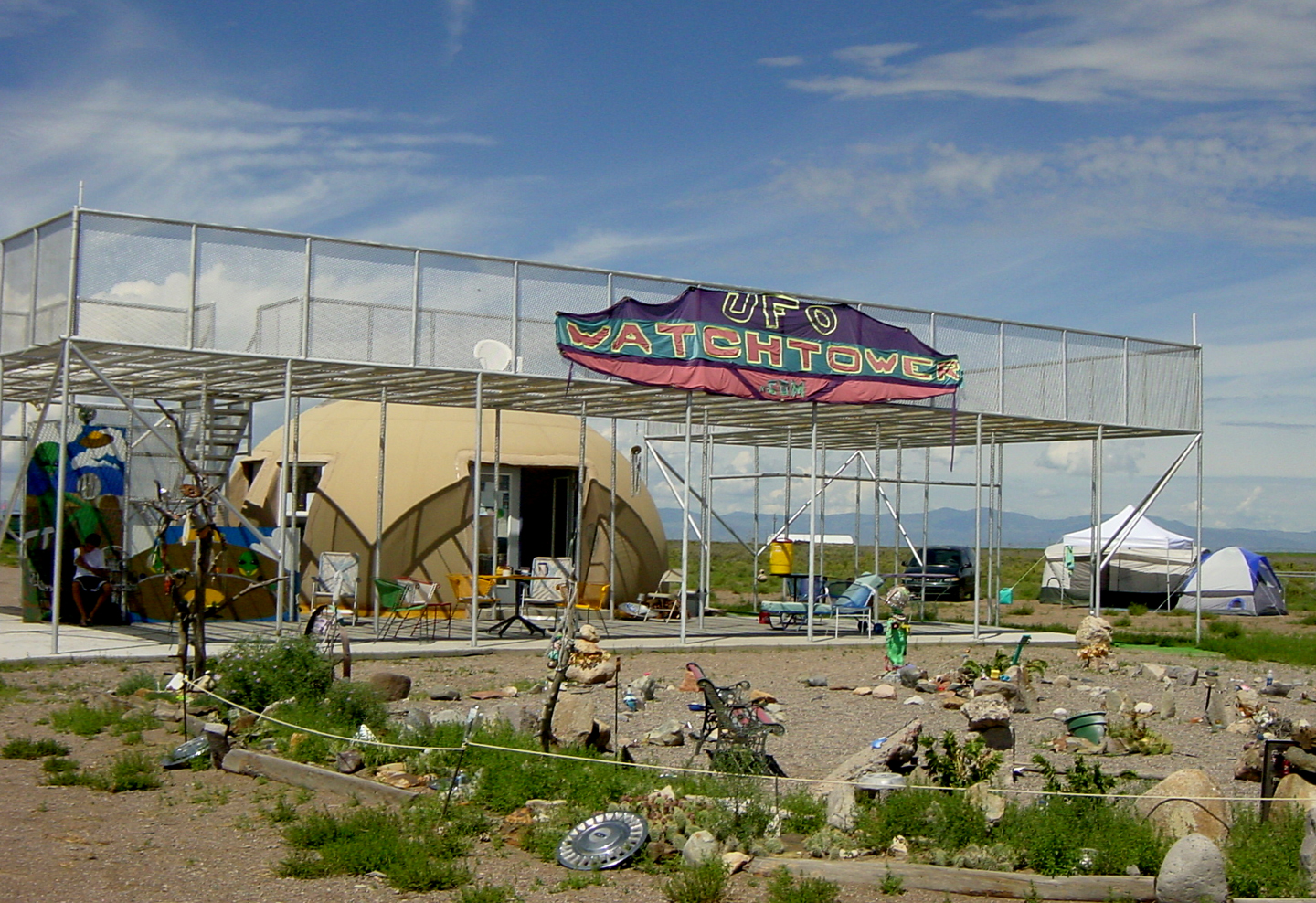 This quite short 0.1-mile trek in Colorado Springs is both scenic and supernatural. It was named after activist Helen Hunt who was buried in Colorado Springs. The rumor is that its dangerous surroundings have taken more than a few lives. Hikers report hearing strange voices around the falls, especially at night. Enjoy the scares, but please be careful around the falls, so you don’t add your voice to the choir of ghosts. 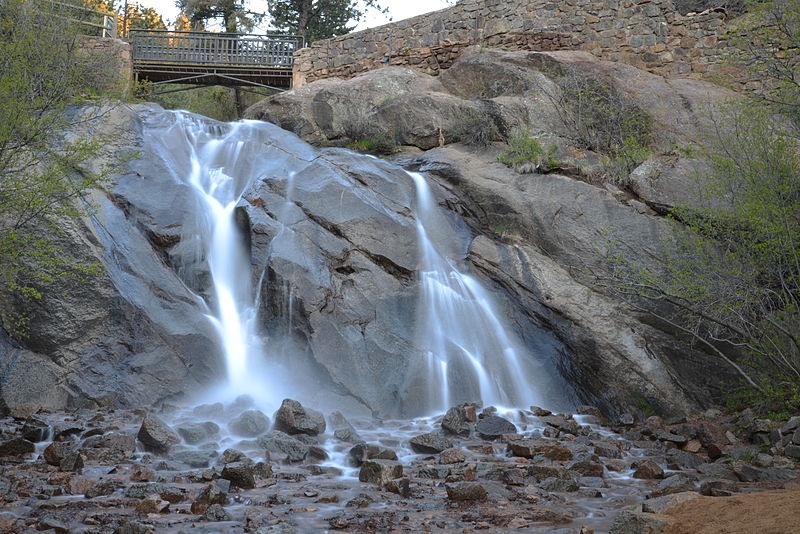 Our state’s wild west notoriety was well-earned. True to its name, this canyon was once a corridor for horse smugglers. Enter the woman in white, who was trampled to death by a smuggled herd of horses. Her ghost now wanders the trails of the canyon, alone, and waiting for a lone hiker to become her next companion.

More about history than about haunting, the Mount Vernon Cemetery is one of the oldest known in the state, dating back to 1960. This unmarked cemetery only contains five graves, and it certainly might give you the chills if you happen to be visiting it alone. You might say you will feel this hike "in your bones"? 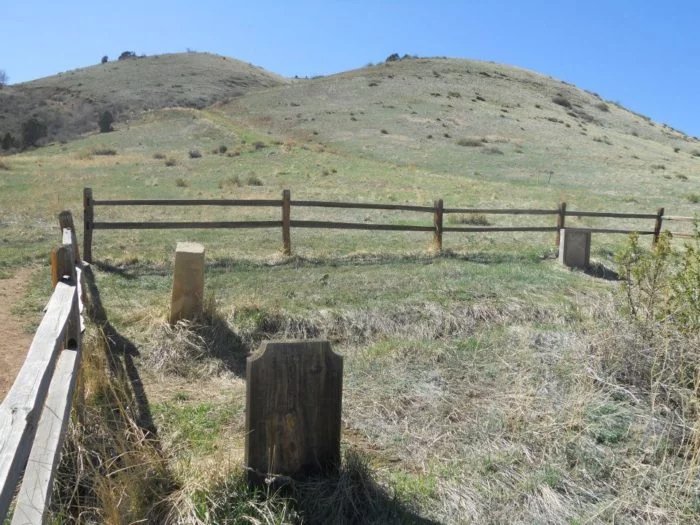 Old Glendale Stagecoach Station is one of the best-kept supernatural secrets of the state. It is rumored to be one of the most haunted sites in Colorado, and it's not to be missed. Legend has it that beautiful, young Kathleen Cooper starved herself to death after learning her gold-prospecting fiancé was robbed and murdered on his way to meet her. She is now known as the gray lady in a wedding dress who haunts the remnants of the station, waiting for her long-lost love to return.

On October 20, 1943, an Army Flying Fortress bomber left Rapid City, South Dakota, and was bound for Denver. It never arrived. Unfortunately, the military plane crashed in the Comanche Peaks Wilderness, killing all eight passengers on board. Today, you can hike to the eerie crash site where the wreckage remains. The site has been reported as very heavy, spooky, and sad. If you choose to take the hike, please be respectful and leave the wreckage untouched. 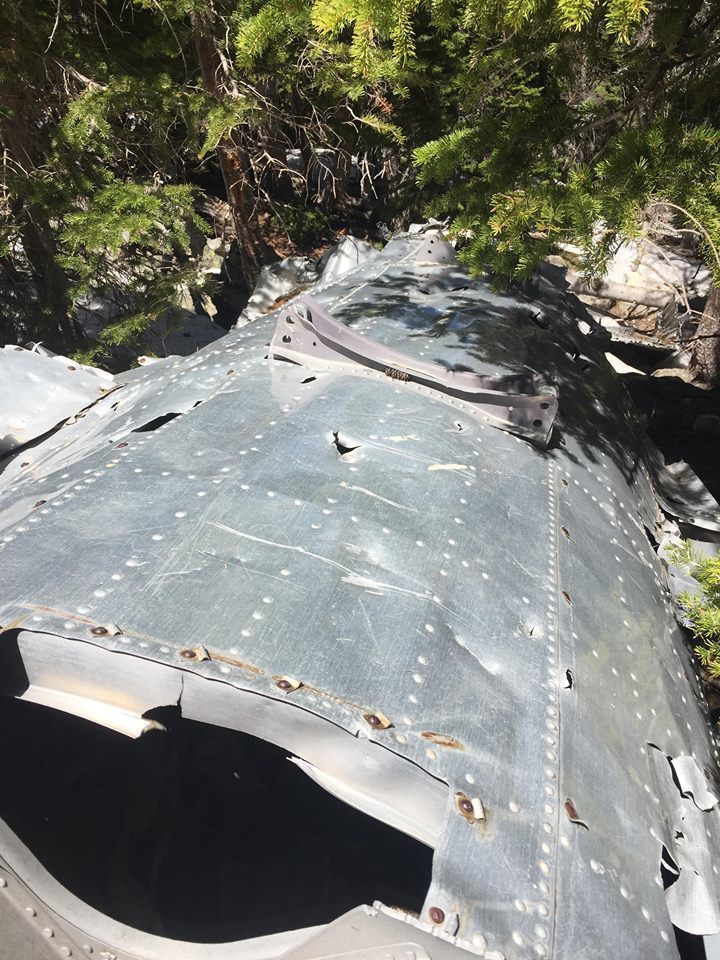 What do you think? Are you brave enough to visit any of the above hikes? Let us know in the comments below.