Become a 'Dark Tourist': Here Are the Top 10 Weirdest Places in Colorado

Become a 'Dark Tourist': Here Are the Top 10 Weirdest Places in Colorado

From a man-made metal zoo to UFO watching, Colorado has a lot in store for the unusual traveler. Here’s a top 10 list of places you have to visit.

Last year, Netflix debuted a new kind of travel show, Dark Tourist. It follows a journalist, David Farrier, around the world as he embarks on several extreme and dark tourist attractions that some may think is too crazy to handle. From voodoo festivals to participating in America’s most extreme haunted house, McKamey Manor, Farrier has inspired a lot of Netflix watchers to do the same.

But what about Colorado? Surely, the beauty of the quiet mountains isn’t hiding anything too unusual? Or is it? Think of Colorado like Gretchen — she’s full of secrets. Here are the top 10 places you need to visit in Colorado to start your dark tourism.

In the summer of 2000, Judy Messoline started a joke, one that would become bigger than herself. She noticed her neighbors would tell her about the strange things they see after dark, even seeing UFO-watchers visiting her ranch with equipment. So, she opened a campground, built a stucco saucer dome gift shop, and a viewing platform.

She had no idea what she started. San Luis Valley, where Judy’s spot sits, is known to be one of the most active UFO sightings ever. Psychics who have visited the Watchtower claim that there are two vortexes with two guardians who protect the entrances.

Judy likes to keep a sense of humor about it all, even earning her notary status so she can perform weddings at the Watchtower. Admission is $2 a person and $5 a car. 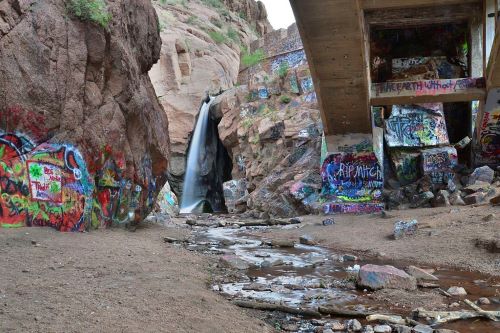 Courtesy of Ahodges7 on Wikipedia

Hidden underneath a bridge is one of Colorado’s best-kept hiking secrets. An easy trail to hike and one to easily enjoy, the historic bridge was built in 1934, but the area was soon forgotten about until recently. After the floods in 2013, the city decided it was time to clean the area of litter, restore the trail, and the clean the graffiti. Except they couldn’t clean the graffiti.

Illegal art still decorates the waterfall and base of the bridge, offering perfect photo opportunities for the Insta. Summer hours are from 10 a.m. to 4 p.m., Friday to Monday. 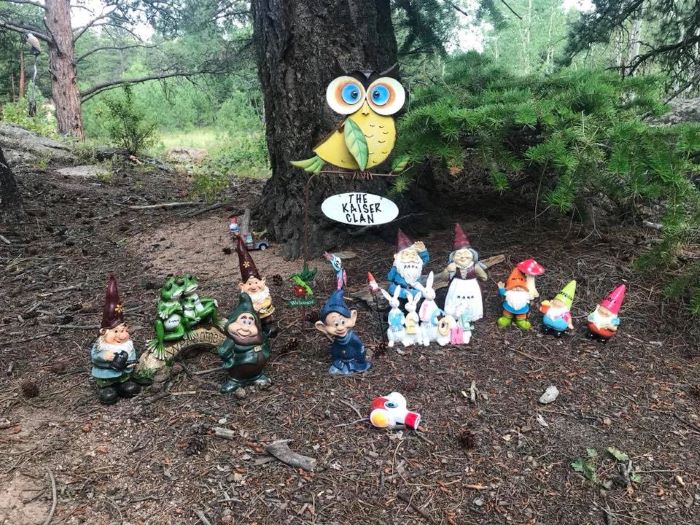 Continuing the hiking trails on this list, Gnome Road – or Elf Lane, depending on which handmade sign you see first – is a dirt road from between Lake Hiawatha and Lake Apache that is home to several magical creatures. The entire trail is flanked by ceramic gnomes, grumpy trolls, and lost toys that have found their wayward home here. People have also built fairy doors on trees along with leaving homes for the trolls such as mushrooms, teapots, and treehouses.

There isn’t any clear reason as to why gnomes and elves decorate and guard the road. Some think it’s paranormal, others speculate it just started as a huge love for gnomes. Either way, a sign at the start of the road warns:

‘Do not take us, break us, or relocate us, as we live here on Elf Lane to watch over children and all the little animals.’

There's a reason why we included it on our list of the four most magical spots in Colorado! 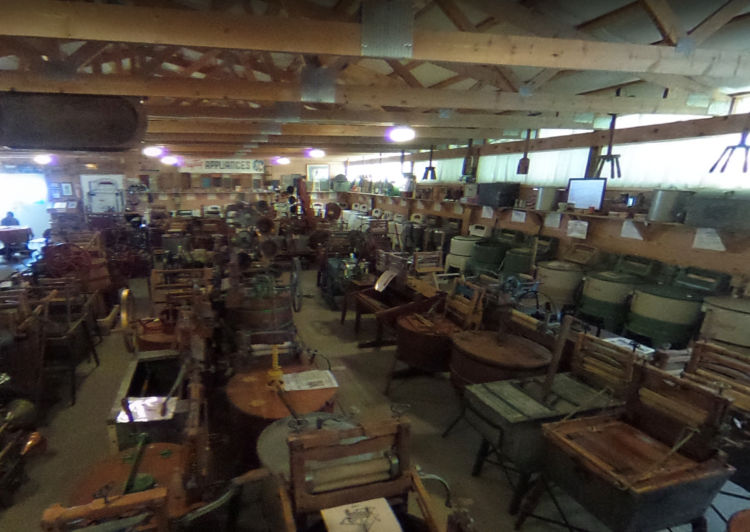 The retired electrical engineering professor started his collection in 1985. Since then, he has taken apart, restored, cleaned, and taken care of his vintage washing machines. He believes their historical importance to be overlooked, and he may be right. His book, Save Women’s Lives: History of Washing Machines, explains how the machines played a vital role in women’s rights. 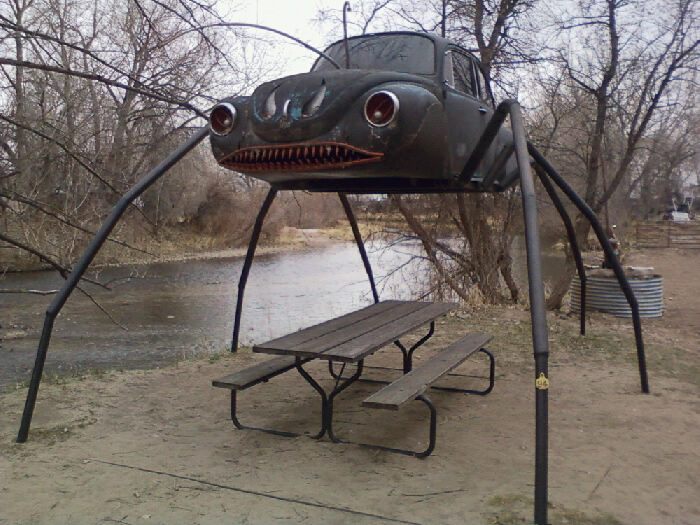 Lions, tigers, and bears do not live here. Instead, you will find massive car spiders built from old Buicks and people and animals made of car parts. Bill Swets, like our amazing friend Lee Maxwell, started his junkyard sculpture art in 1985. (Seriously what creative energy happened in 1985?) Swets’ insomnia helped play a role in his creations.

When he couldn’t sleep, he made dragons, dinosaurs, and even a worry well. With all of that, he made a zoo of metal and odd creatures that have delighted more than 15,000 visitors a year for free. However, due to vandalism and on-going development (as of June 2018), the zoo may not stay long. 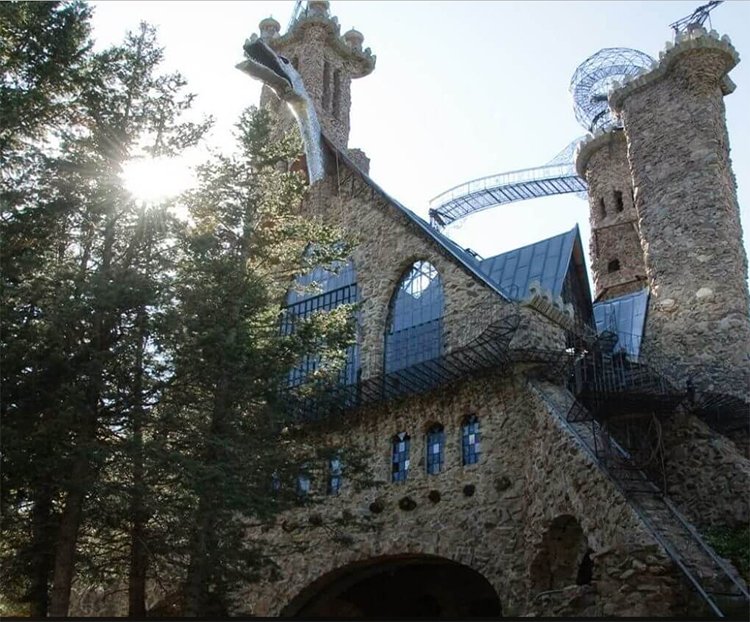 “I always wanted a castle. Every man wants a castle,” says Jim Bishop, a man who has spent the past 50 years building his own castle. What started as a plan to build a cottage has turned into a seventy-foot structure with more than one thousand tons of rock. Bishop has done all of this without help from anyone or anything.

As a tribute to hardworking people in America, Bishop Castle has stood high amid battles with the U.S. government over what rocks he used and the Colorado Chamber of Commerce. Some may think this man is crazy. Others hold him in high regard for accomplishing an incredibly impossible task.

Now 75 years young, Jim Bishop has no plans to stop building his castle. You can visit for free and even purchase a stained glass memorial, which is custom-made and Jim Bishop will install it as a permanent part of the castle. Check out other incredible Colorado castles here! 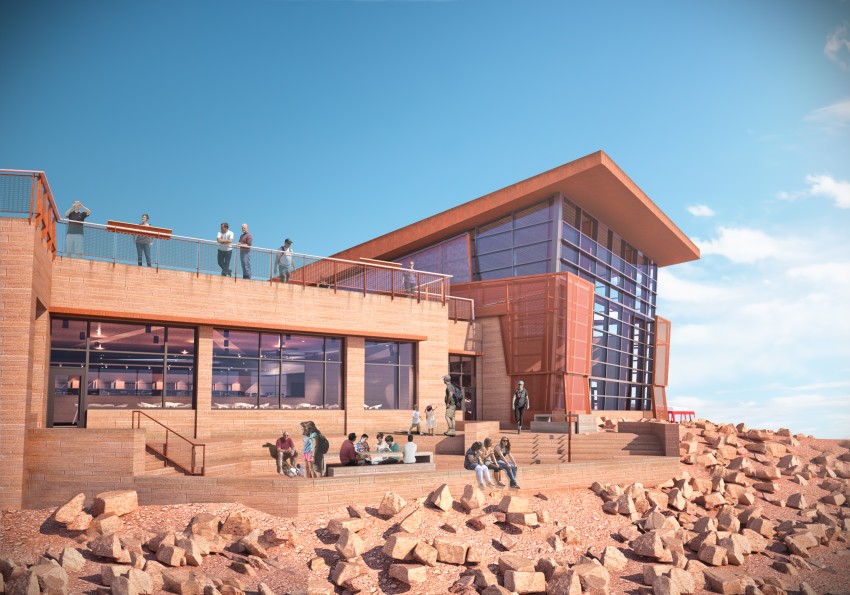 What’s so weird about a restaurant in Colorado? The world’s highest deep fryer lives here churning out the most magic donuts you’ll find on Pikes Peak. Due to the altitude, baked goods need to be cooked differently. The gift shop has a special recipe they have been using since 1916. This gives Summit House an advantage no one has: the world’s highest donuts.

Of course, you can see the majesty and natural beauty of Pikes Peak amid current construction, but you will have to stop stuffing your face with the world-famous donuts first. 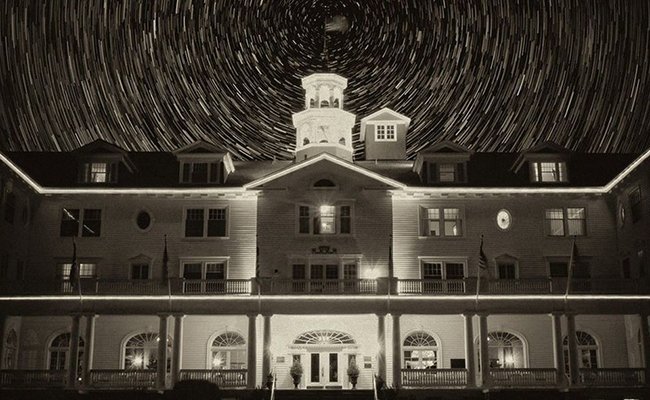 Like many historic hotels, The Stanley Hotel is no stranger to the paranormal. Freelan O. Stanley of Stanley Steamer – yes, that Stanley Steamer – followed his doctor’s orders perfectly when he directed him to spend time in the fresh air of Estes Park. It’s been years since his passing and people have reported seeing him walk among the billiards. His wife’s ghost has reportedly been seen entertaining guests by playing the piano.

However, the hotel is most famous for being the inspiration behind Steven King’s The Shining, which then inspired the class horror film of the same name. He was inspired to write it after a paranormal experience in Room 217. The movie adaptation is played 24/7 lovingly in all guest rooms. If you want to visit, book well ahead. The popular hotel fills up fast, especially during the Halloween season. 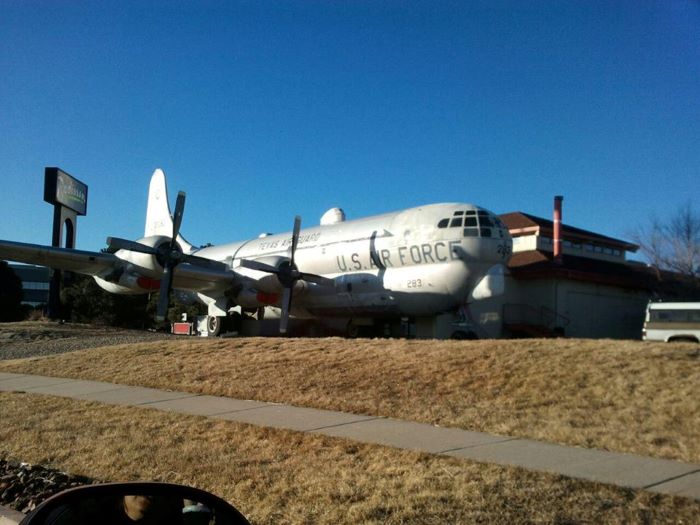 Do you know someone who really loves airplanes? This is exactly where you should take them! The Airplane Restaurant opened in 2002, and it is literally a diner inside the belly of a KC-97 tanker. The KC-97 tanker is a World War II-era plane used for troop and cargo transport. The venue is smartly located near the Colorado Springs Airport.

The whole restaurant fits the theme with servers dressed as flight attendants, an aviation museum built around the wing of the plane, and the walls covered in aviation photos and artifacts. The restaurant is open daily from 11 a.m. to 9 p.m.

Save the best for last, right? This odd location is home to the superstar of secret army bases in America. So secret that there are no guided tours of the area. You cannot visit the bunker because of the military secrets it holds. Completed in 1966, the bunker was used as the headquarters for NORAD, North American Aerospace Defense Command.

So what’s inside? Fifteen buildings are located inside the mountain. And if you’re one of the lucky 350 people who work inside, you’d have to take a bus to your own office. There are also perks inside for the workers such as a chapel, hospital, gym, and a convenience store.

The Cold War bunker is also home to five indoor lakes, two mountains lions, and quite a few wild turkeys that called the mountain home. While the bunker does not offer guided tours anymore, but you can peek at it from the highway.

Colorado is a powerhouse of the weird and the strange. Now, go embrace your inner dark tourist and visit! Did we miss any noteworthy odd attractions? Sound off in the comments section below.

4 Smithsonian Museums to Reopen This Weekend in D.C.