Eisenhower Memorial to Open This Weekend in DC

Eisenhower Memorial to Open This Weekend in DC

The Frank Gehry-designed memorial is located in a new park near the National Mall.

The long-awaited memorial to our nation’s 34th president will finally open this weekend. Ahead of the opening, the Dwight D. Eisenhower Memorial will be dedicated in an event on September 17, hosted by Bret Baier, and live-streamed on Facebook Live. The memorial was designed by Frank Gehry and features a large steel tapestry of the Normandy coast and several bronze statues of President Eisenhower. Commissioned in 1999, the memorial took two decades to design and build.

Eisenhower served in the Army and was the Commander of the Allied Expeditionary Force in World War II and led the invasion of Normandy. He changed post-war America, providing resources to boost education and transportation.

"As decades have passed, historians increasingly have recognized and valued the significance of Eisenhower's presidency," said Victoria Tigwell, deputy executive director of the Eisenhower Memorial Commission. "Truly great Presidents have a vision that lasts well beyond their four or eight-year terms, and Eisenhower's vision is evident still today. We hope the Memorial encourages visitors to reflect on the critical role he played in American and world history."

The memorial’s grand steel tapestry by artist Tomas Osinski features the cuffs at Ponte du Hoc in Normandy where Eisenhower led troops in a turning point of the war. Three bronze statues by sculptor Sergey Eylanbekov flank the tapestry of the memorial within a Frank Gehry-designed four-acre park. 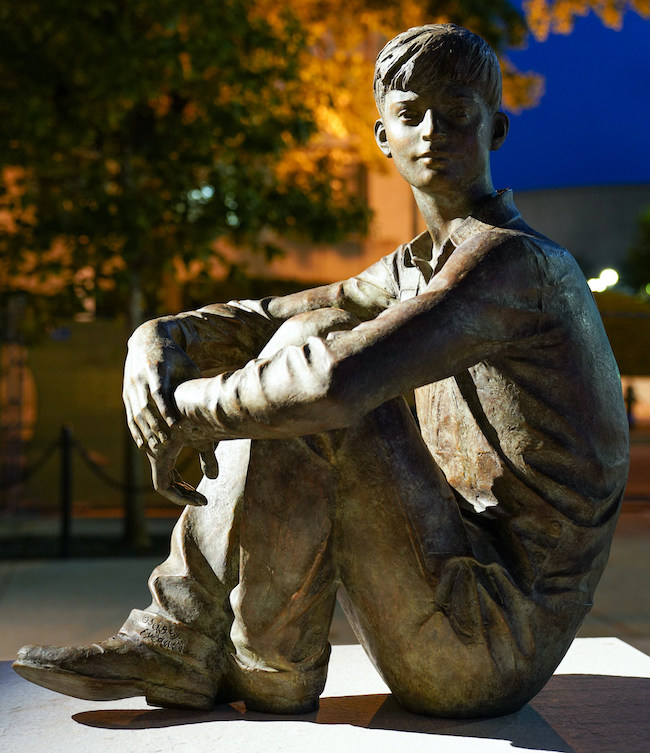 Thursday’s dedication will include remarks by Senator Pat Roberts of Kansas and former Secretary of State Condoleezza Rice. There will also be performances by the 101st Airborne Honor Guard, the United States Marine Band and Voices of Service. Guests expected to appear at the invitation-only event include current and former members of Congress, military leaders, members of the Eisenhower family, and President Donald Trump.

The Dwight D. Eisenhower Memorial is located on National Park Service land across from the National Air and Space Museum and opens to the public on Friday, September 18.