"Star Wars" fighter is coming to the Smithsonian Museum in 2022.

The D.C. location of the Smithsonian museum is currently being renovated, so in the meantime, the space ship will reside in the Steven F. Udvar-Hazy Center in Chantilly, Virginia.

Created for George Lucas's first Star Wars film in 1979, Star Wars: A New Hope, it will be the first movie prop of its kind on display. Even though it actually never took flight, the X-Wing Fighter represents an important piece of aviation culture in the U.S. and around the world.

“Despite taking place a long time ago in a galaxy far, far away, Star Wars introduced generations of fans here on Earth to outer space as a setting for adventure and exploration,” said Margaret Weitekamp, space history chair at the museum. “All air and space milestones begin with inspiration, and science fiction so often provides that spark—the iconic X-wing displayed amid our other spacecraft celebrates the journey from imagination to achievement.” 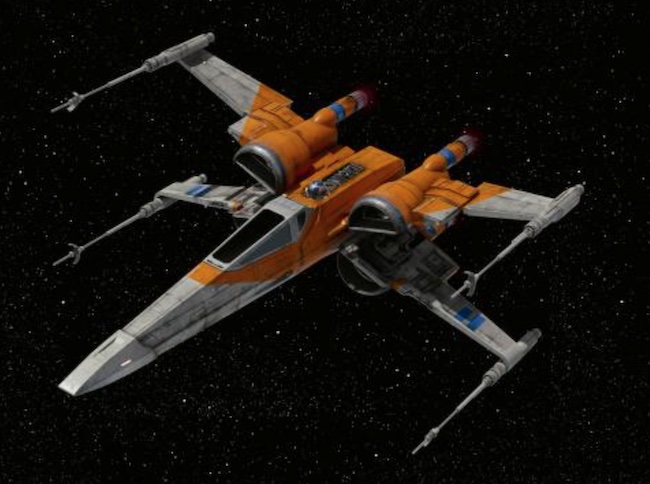 The Smithsonian’s Steven F. Udvar-Hazy Center reopens to the public on May 5, 2021, the first of Smithsonian’s museums to resume operation after closing in November 2020. Visitors will be able to observe work on the X-Wing Fighter daily in the Mary Baker Engen Restoration Hangar at the museum. When the restoration is completed, it will be displayed outside Albert Einstein Planetarium at the Air and Space Museum in Washington, D.C.

The Steven F. Udvar-Hazy Center will be open daily from 10 a.m. to 5:30 p.m. Free timed tickets are available online and parking is $15.

Do you think the X-Wing Fighter is in its rightful place at the Smithsonian? Let us know what you think in the comments.