Google Arts and Culture is offering a virtual tour of the Eisenhower Executive Office Building!

1600 Pennsylvania Avenue is the most famous address in the country. The White House is the residence and workplace of every U.S. president since John Adams in 1800, and that makes it a historically-appealing tourist destination. But as the current moment is discouraging for tourism (though tours recently re-opened on a limited basis), Google Arts and Culture is offering a virtual tour of the Eisenhower Executive Office Building (EEOB). 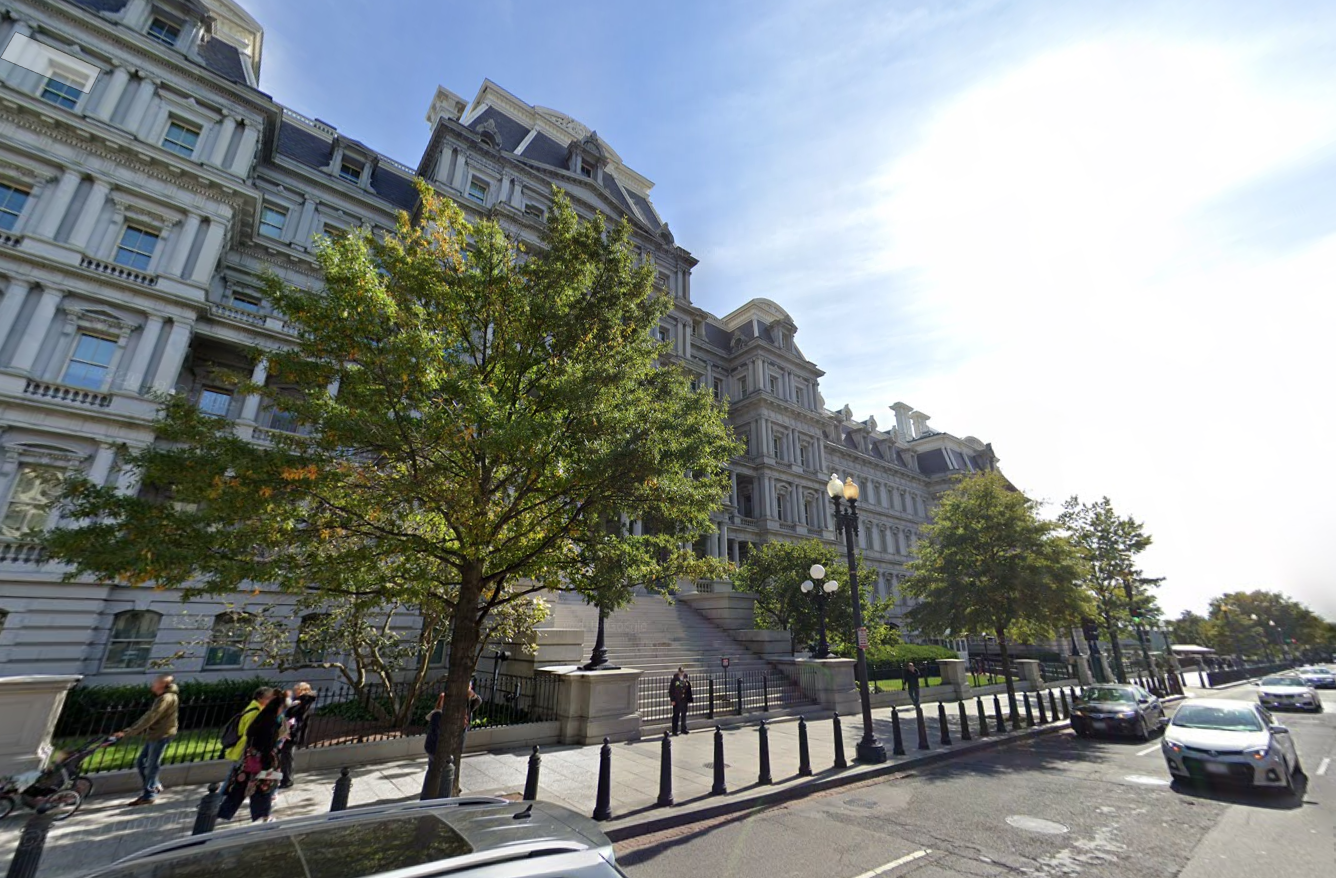 The EEOB was commissioned by President Ulysses S. Grant as one of many solutions to the growing White House complex, and it houses the offices of the vice president (and many, many other officials).

It's also kind of ritzy! 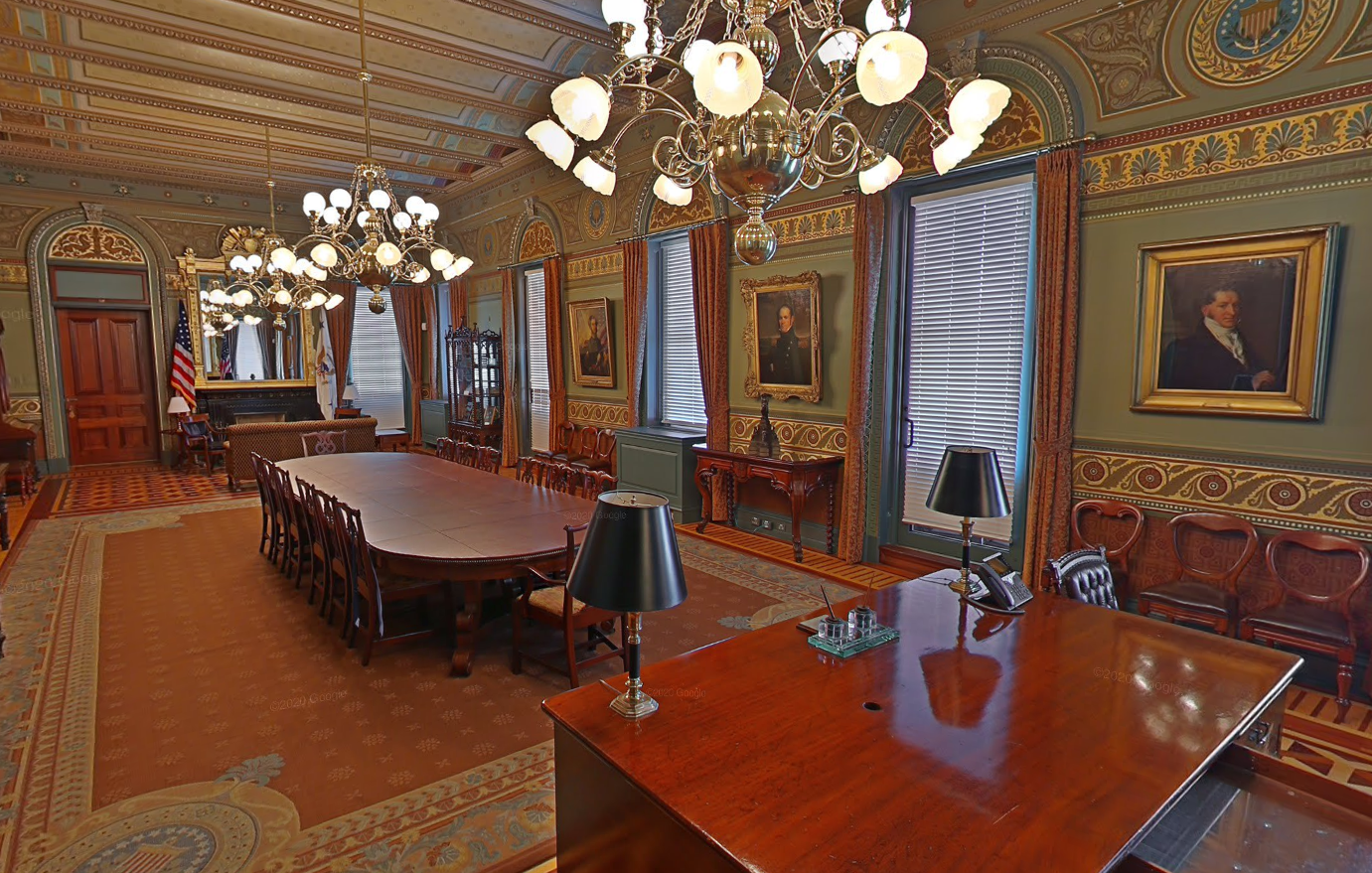 The virtual tour allows you to "move" through the various rooms by clicking on the floor and rotating your field of view with just a drag of the mouse. Inquisitive tour-goers might find a secret or two—like this glowering Teddy Roosevelt to our left: 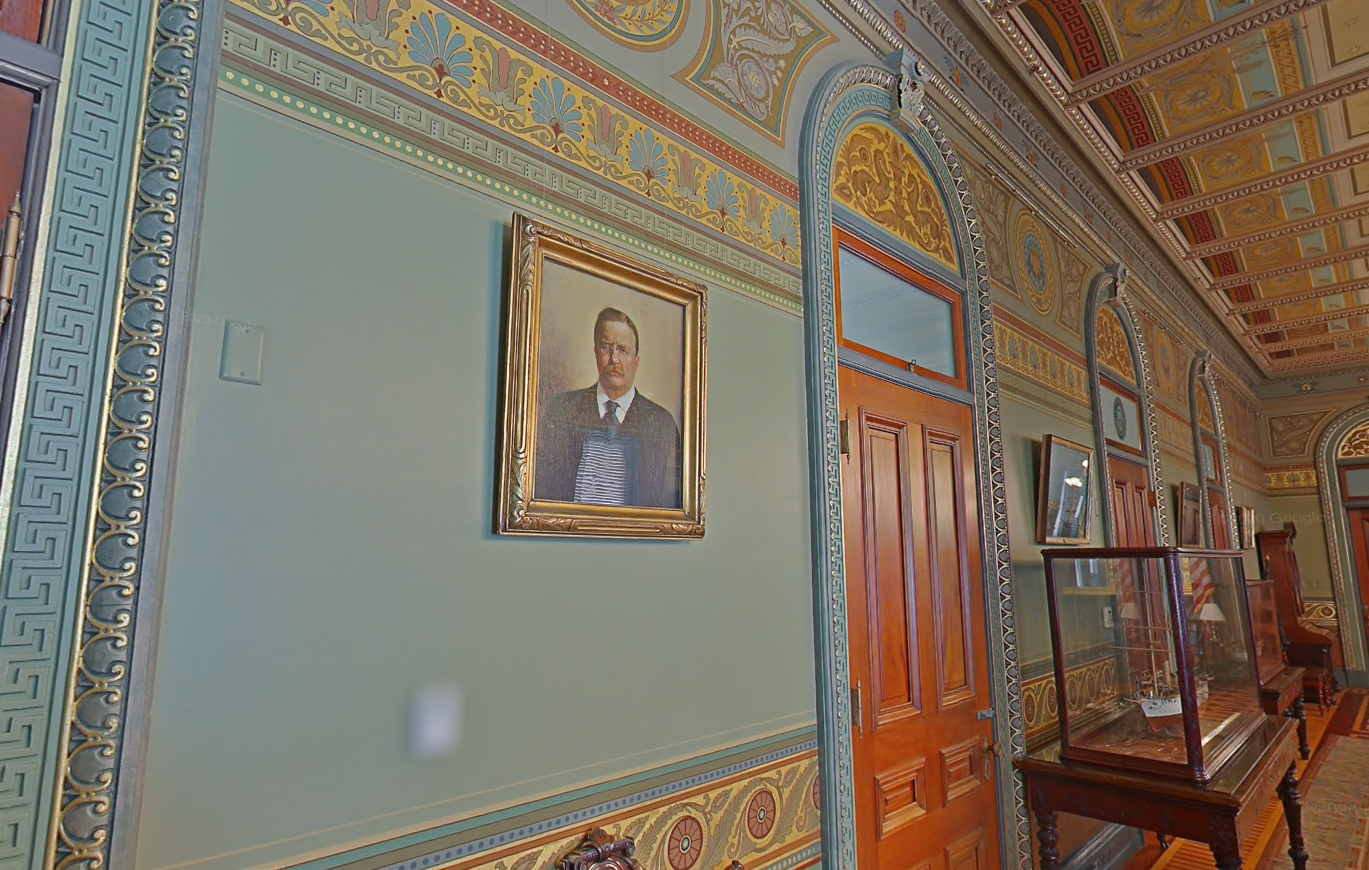 Each of what must be a dozen rooms is explorable and comes bundled with a paragraph of history and explanation. My favorite room might be The War Library / The Law Library: 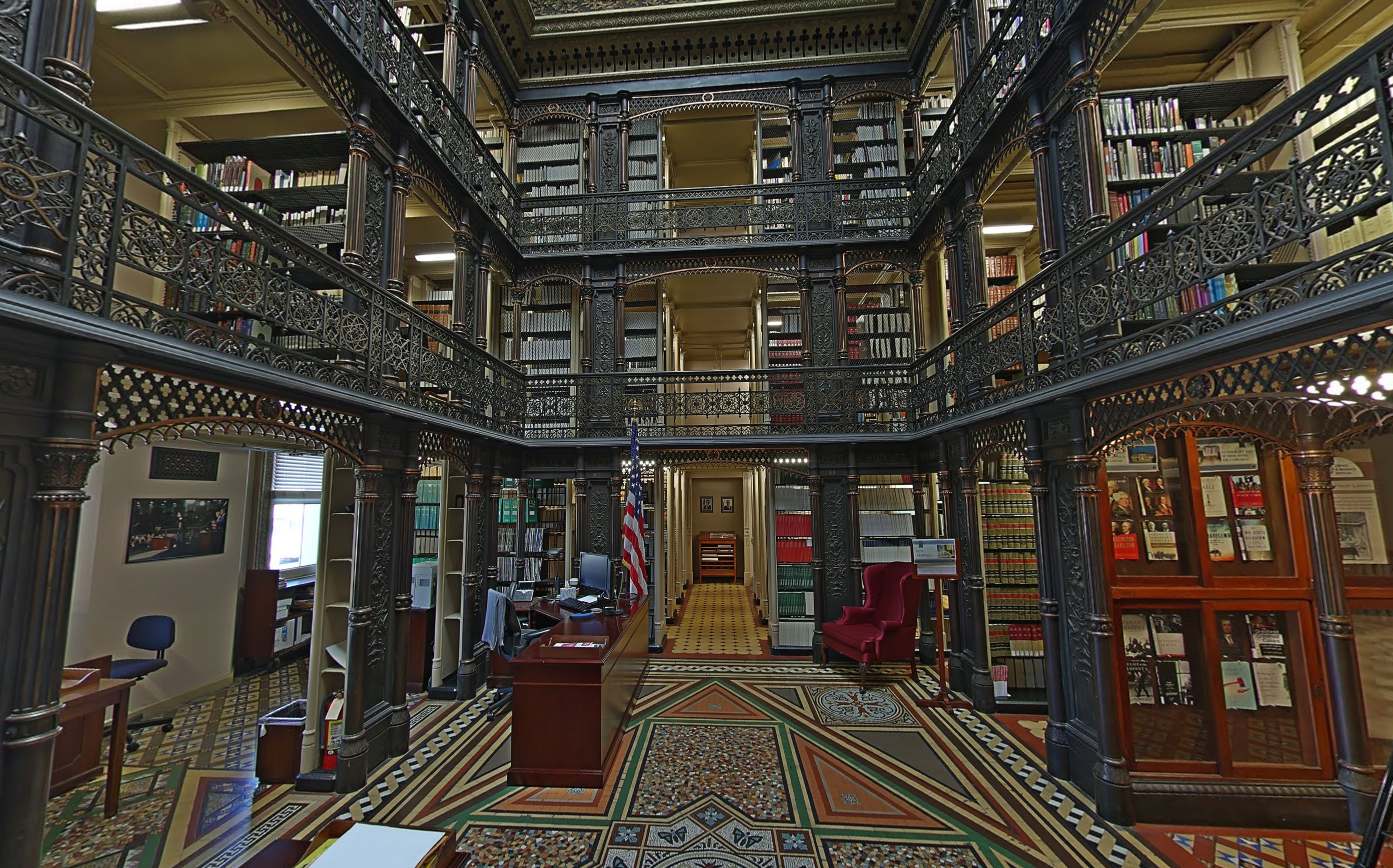 Did you know The Law Library was designed by Austrian-born Richard Ezdorf? And that he created a strange mix of French Renaissance, Classical, and Gothic Revival styles—creating a very popular 19th-century High Victorian remix? Well, I do now! Thanks, virtual tour!

The library also has a very imposing entrance, which you can "walk" through. 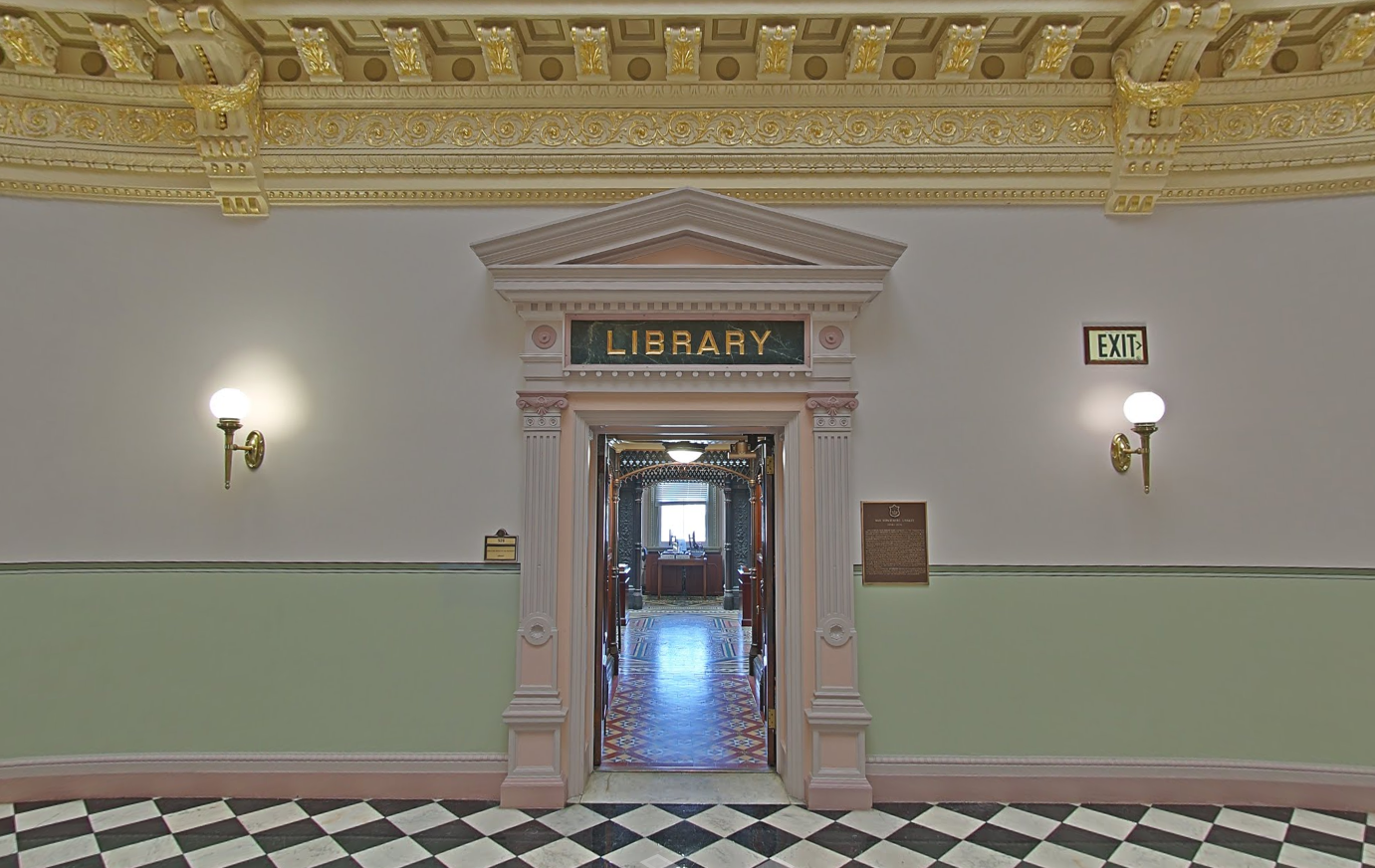 You might also stop by the opulent Indian Treaty Room. It was from this room (also designed by MVP Richard Ezdorf) that President Eisenhower held the first televised presidential press conference in 1955.

There's a lot more to see on the tour itself, and it's much more fun to wander through on your own. Tour here.

Please leave a comment with anything cool you find!