Yes, that famous hot dog-shaped automobile is still making the rounds in the U.S.

Can you believe it has been 84 years since the birth of the Wienermobile? In 1936, Oscar Mayer developed a hot dog-shaped vehicle in an effort to promote its hot dogs around the country. The Wienermobile has taken different forms over the years, including a Mini mobile built in 2008 to celebrate the brand's 125th anniversary.

Called "hotdoggers," drivers of the Wienermobile typically spend a one-year stint driving around the U.S., making appearances at fairs, sporting events, parades, and other special events. The Wienermobiles have extra seats but no sleeping quarters, so the drivers have to stay in hotels. The company did trick out two of the vehicles for a special Airbnb stay in 2019.

There are usually between six and 11 Wienermobiles traveling all over the country. If you're lucky enough to see one in person, try to get the hotdogger to give you a famous hot dog-shaped whistle! 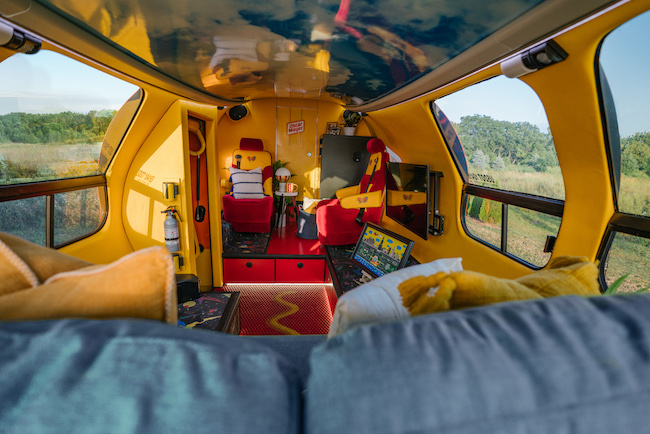 If seeing the Wienermobile gets you in the mood for a hot dog, you won’t find any on board. The Oscar Mayer vehicles are strictly for marketing purposes, not food service. The company does have a food truck that sometimes accompanies the Wienermobile, however.

A traditional Wienermobile is 27 feet long, seats six, and has a sunroof, referred to as the "bun roof." The interior is designed with red and yellow patchwork to represent ketchup and mustard, and if you tap the horn you will hear several versions of the Oscar Mayer Wiener jingle.

Oscar Mayer’s giant motorized hot dog is taking a sabbatical during the pandemic but hopes to greet the public again as soon as it is healthy to do so.