The Word Is Out: DC's Planet Word Museum Will Open in May

The Word Is Out: DC's Planet Word Museum Will Open in May

The biggest difference between a man and an animal is not sheer intelligence; it is the ability to use words for more than communication. It is this weaving of words that has led to inventions and discoveries, art and poetry, war and destruction. Anthropologists suggest that the discovery of fire did not just herald the ability to cook food; it also started a cultural movement—sitting around campfires, telling stories, causing language to evolve. Originating with instructions and warnings, language later evolved into entertainment and art. It is also one of the most important things we take for granted—until we find ourselves at a loss for words.

The DMV region celebrates this remarkable human trait on May 31, 2020, as it opens the first museum dedicated to languages—“Planet Word.”

According to the website, Planet Word aspires to inspire a love for words and language through unique and immersive experiences. The attention to detail is one of the most exciting facets of Planet Word, starting with its unique location at the corner of 13th and K streets in D.C., which so happens to be the site of Alexander Graham Bell’s transmission of a “photophone” message, a precursor to today’s fiber-optic communications.

The 51,000-square-foot space promises to engage patrons with all facets of language arts. Most are immersive experiences, including “Where Do Words Come From?” where guests can learn the history of the English-language vocabulary via a 41-foot-wide interactive wall covered in words. The wall here lights up when guests say a word and then tells the stories of how various words came to be.

A multicolored LED globe hangs from the ceiling in the great hall, the largest room in the building. This globe is programmed to respond to 30 languages and two kinds of sign language. 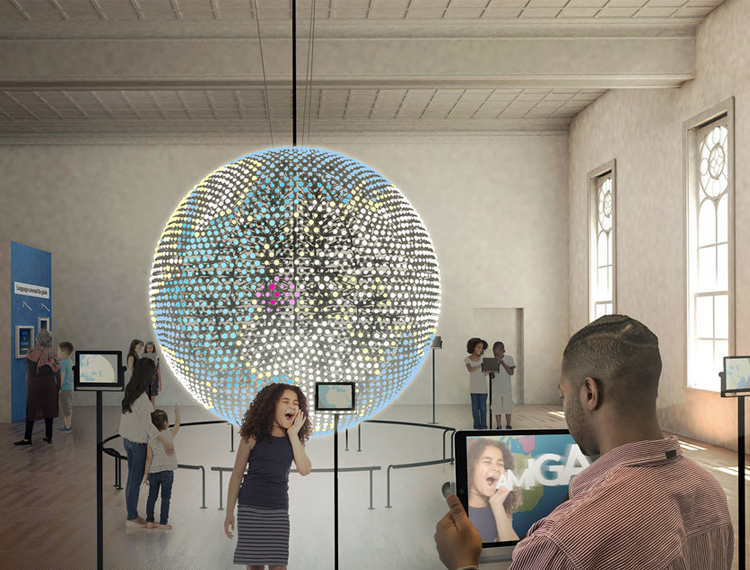 The unique immersion comes with over 31 "language ambassadors" who will encourage guests to speak a few words in their native tongues, and the globe will react accordingly. The 31 language ambassadors introduce you to "The Spoken World," a space which offers an experience in languages from across the globe, including Navajo, Amharic, Zulu, and Iranian Sign Language.

Other highlights include a room with interactive walls, where patrons can dip high-tech paintbrushes into “word palettes” and, depending on the word, paint a different scene. The Words Matter gallery introduces you to storytellers. These storytellers tell guests why words matter through stories from around the world.

"Word Surround" comes in partnership with the Poetry Foundation and offers to showcase some of the best poems from around the world. Here, poems will appear on the walls surrounding visitors who can enjoy poetry that spans centuries, forms, and moods, reflecting many different perspectives on the human experience. 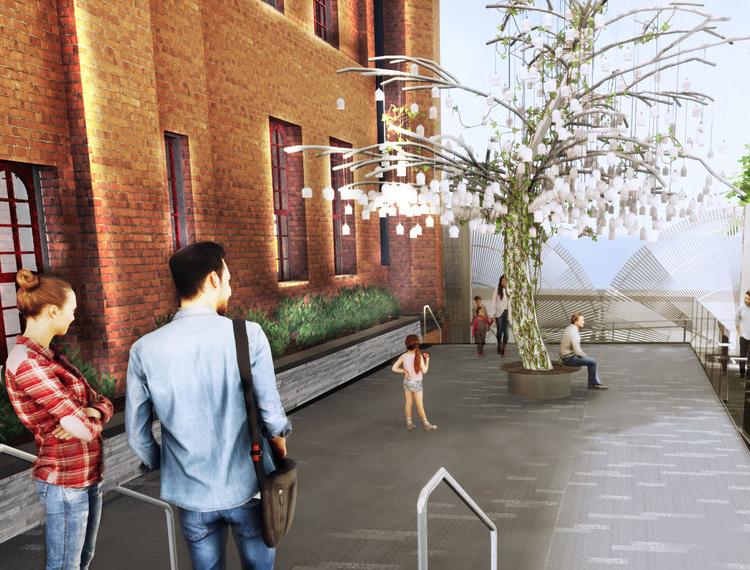 Another highlight, "Speaking WIllow," is a unique sound sculpture—a 20-foot weeping willow tree designed by contemporary artist Rafael Lozano-Hemmer. This surprising and immersive experience lets visitors hear audio from some of its 500 hanging speakers when they walk under its branches. Each speaker contains an archive of recordings in a distinct language, featuring historically significant speeches, poems, and other emblematic voices.

Planet Word is the first of its kind museum in America, but not in the world. There is Mundolingua in Paris, as well as language museums in Toronto and the Netherlands, among others. But it offers a combination of experiences that no other museum in the world offers.

Ann Friedman, the Founder and CEO of Planet Word, is a retired Montgomery County reading teacher who chose D.C. because of its ability to address a topic of “national import.”

“Democracy depends on literate citizens," says Friedman. “We are all born collectors of this one thing: Words. But those words, I would argue, have been the overlooked, disregarded, underappreciated artifacts of our lives. But no longer. Planet Word is about to change all that.”

Admission is free, and the experience is guaranteed to be one the entire family will enjoy. Take our word for it.

Which language do you want to learn about? Tell us about it in the comments section.

For some breast cancer survivors, October Is the cruellest month