The Durango is its own breed.

As many automakers move away from large V8 engines in their 3-row runabouts, opting in most cases for turbocharged 4-cylinders or V6 plants, there are a few where you can still get that V8 grunt. The 2021 Dodge Durango R/T AWD is among them, and it definitely lets the world know you've got eight slugs working under the hood. Other SUVs might be more comfortable, have more features, and drink less fuel—but in terms of character, the Durango R/T will steal your heart.

Dodge first introduced this generation of Durango back in 2010, but it has experienced plenty of refinement over the years. The 2021 Durango sports a new driver-focused interior and new styling cues that help it stand as a beacon of muscle in a crowd of econobox crossovers. Our test model, in redline coat pearl red with 20-inch wheels in hyper black definitely stood out. 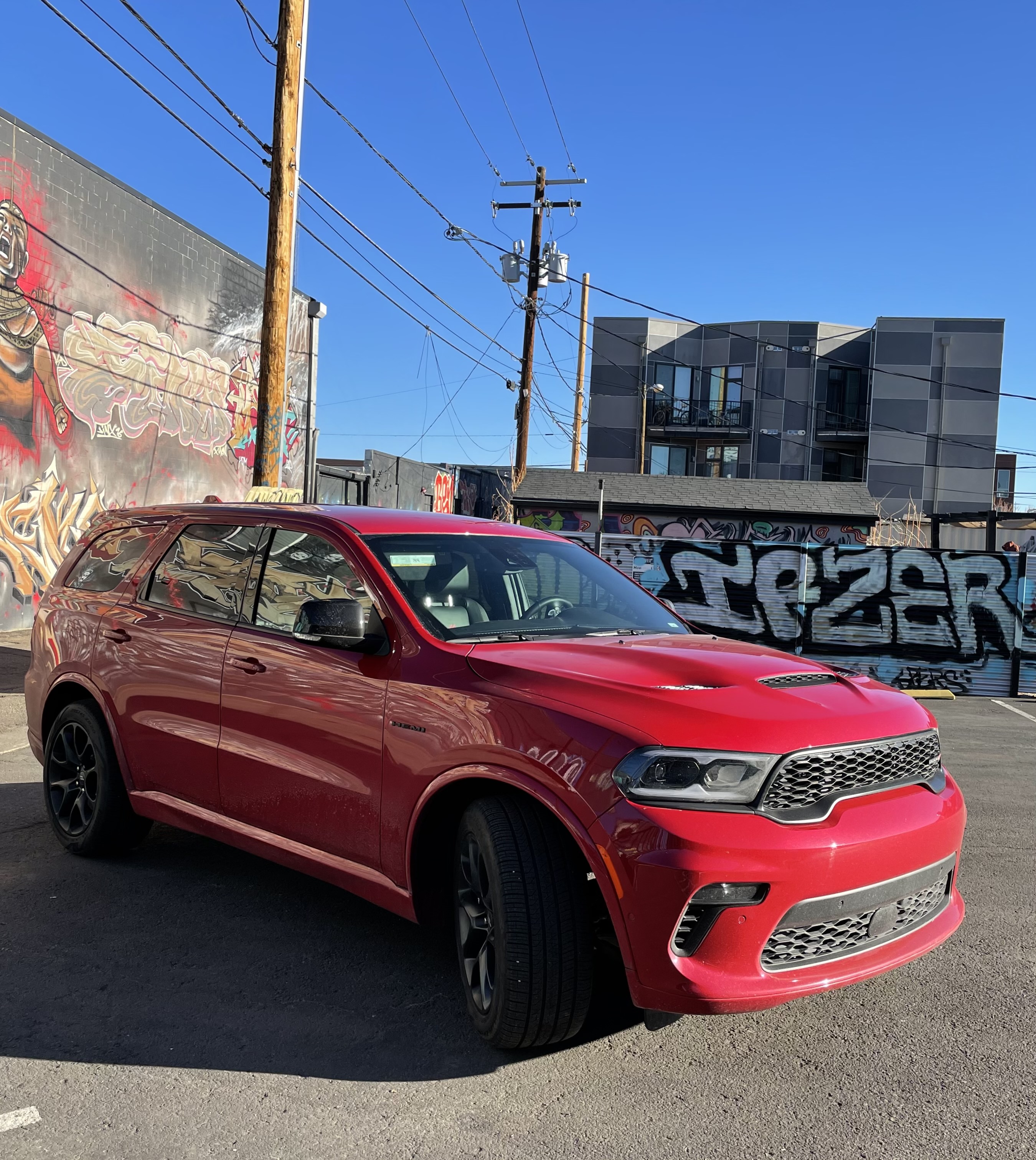 To add to the theatre, the Durango came equipped with the Tow N Go package (a $4,995 line item) that includes a lot of things from on-demand Quadra-Trac 4-wheel-drive, to different drive modes, styling cues, a class IV receiver hitch, and most importantly: adaptive damping suspension and high-performance exhaust system, just to name a few.

Sadly though, theatre is mostly what it is. The Durango R/T's 360-horsepower 390-lb-ft 5.7-liter Hemi, when piped through the performance exhaust sounds fantastic, but its 5,369-lb curb weight plus Denver's altitude leave you wanting more go. Fuel economy is what you might expect from a V8-powered brute, rated at 14 in the city and 22 on the highway. Still, it's one of the quickest of its kind and plenty to cannonball I-70 west's left lane. And there's always the silly-fast SRT and hellcat trims for those of us who love to punish asphalt. 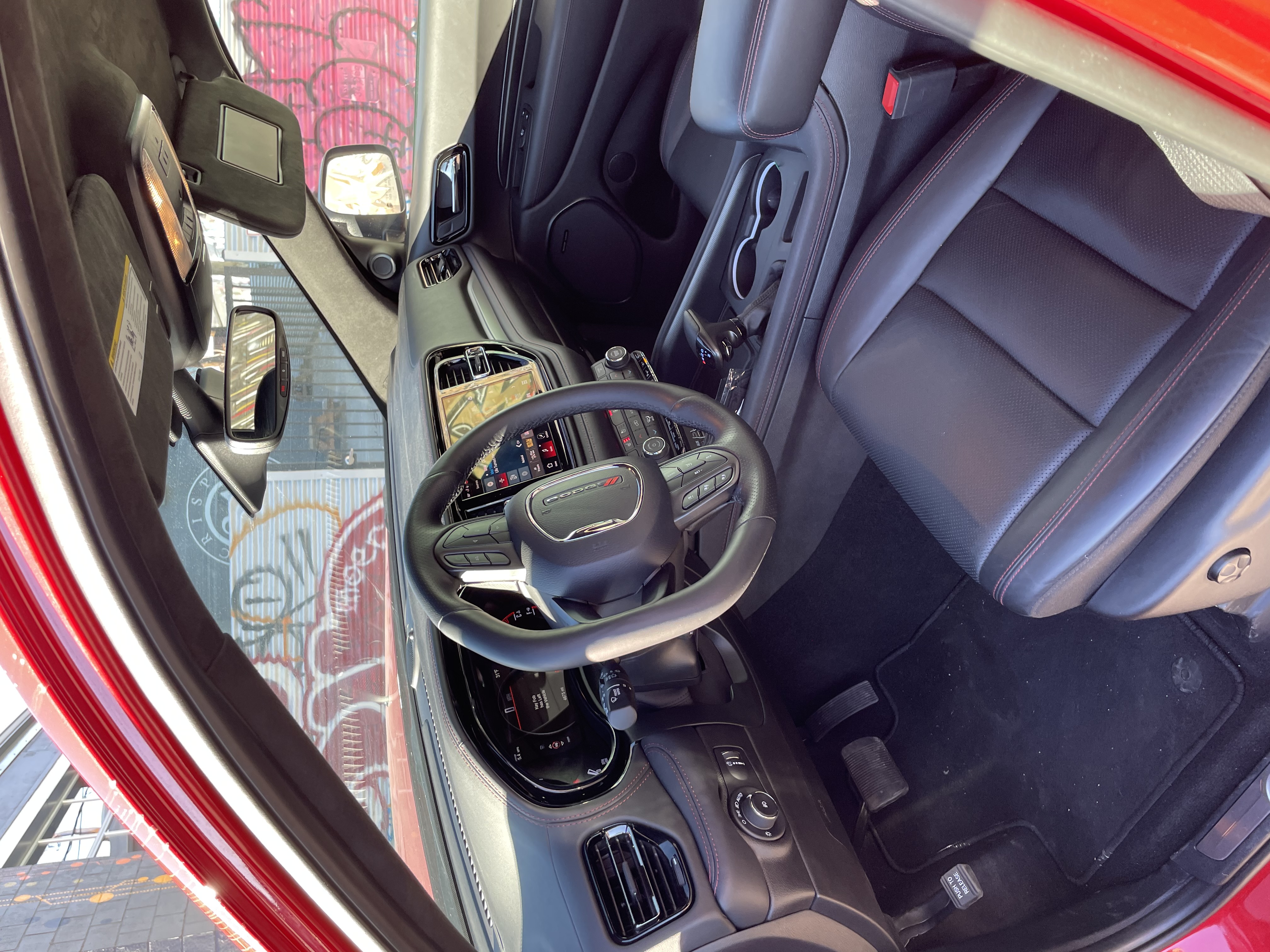 In the ride-and-handling department, the Durango's ride feels firm but composed; nicely straddling the line between muscle car and a day-to-day family hauler. The steering feels weighty if not a little numb, but that's expected from most heavyweights with 3-rows and the front Brembo six-piston calipers offered provided a nice firm pedal and plenty of "woah." Meanwhile, the rest of the Durango is more than capable to handle whatever honey-dos are thrown your way and is plenty comfortable for sitting in I-25 traffic. The updated interior is a definite improvement from previous generations with its refreshed architecture, but still falls behind the competition when you consider the sticker. On the plus side, the uConnect system is one of the best infotainment systems in the game. 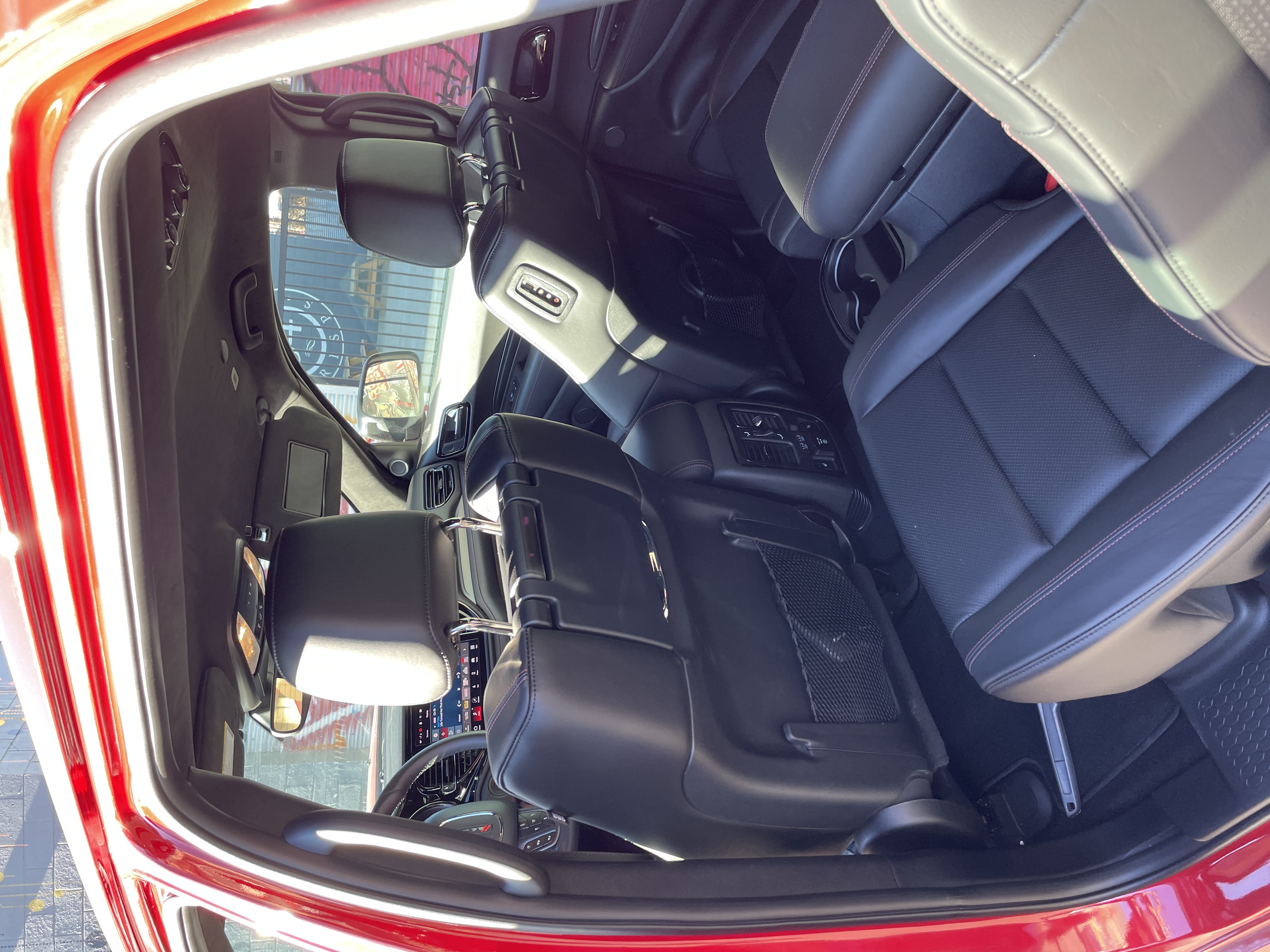 So in the crossover-crazed world, you might be wondering where exactly this fits in? Well, it's actually a niche not many other automakers fill. Beyond the muscular macho appearance, sporty feel, intoxicating engine note, and 3-row practicality, the Durango R/T with Tow N Go can tow an impressive 8,700 lbs. And it can do it without the truck-like proportions that make city driving or fitting this beast in the garage a hassle. Whether you're towing a camper, a boat, a crew of youths, or you just want to add some character to your commute, the Durango R/T has definitely got your back.

In the market for a new car? Let us know in the comments what you think of the Durango R/T.