We had the chance to spend a week with the 2021 Mercedes E450 and this is what we thought.

As much as we love the excitement of a shouty, powerful AMG variant, the 2021 Mercedes E450 4matic is an exercise in restraint. Not too flashy, but not dull either, the E450 is a luxury sedan that reminds us that commuting and running errands can be enjoyable. The jack-of-all-trades master-of-most that we've come to know and love from Germany's oldest automaker is back.

Let's begin with its heart. Straight-six engines are making a comeback, and the E450—with its 3.0-liter turbocharged I-6 engine producing 369 lb-ft of torque at just 1600 rpm—is no exception. It's smooth, it's quiet and torquey. Even when it's pushed hard, the E450 never loses its silky smooth personality. Just what you want from a high-end luxury liner. It sends that power through a 9-speed auto, but no matter the time or place in the rev range there's enough oomph to get it done. 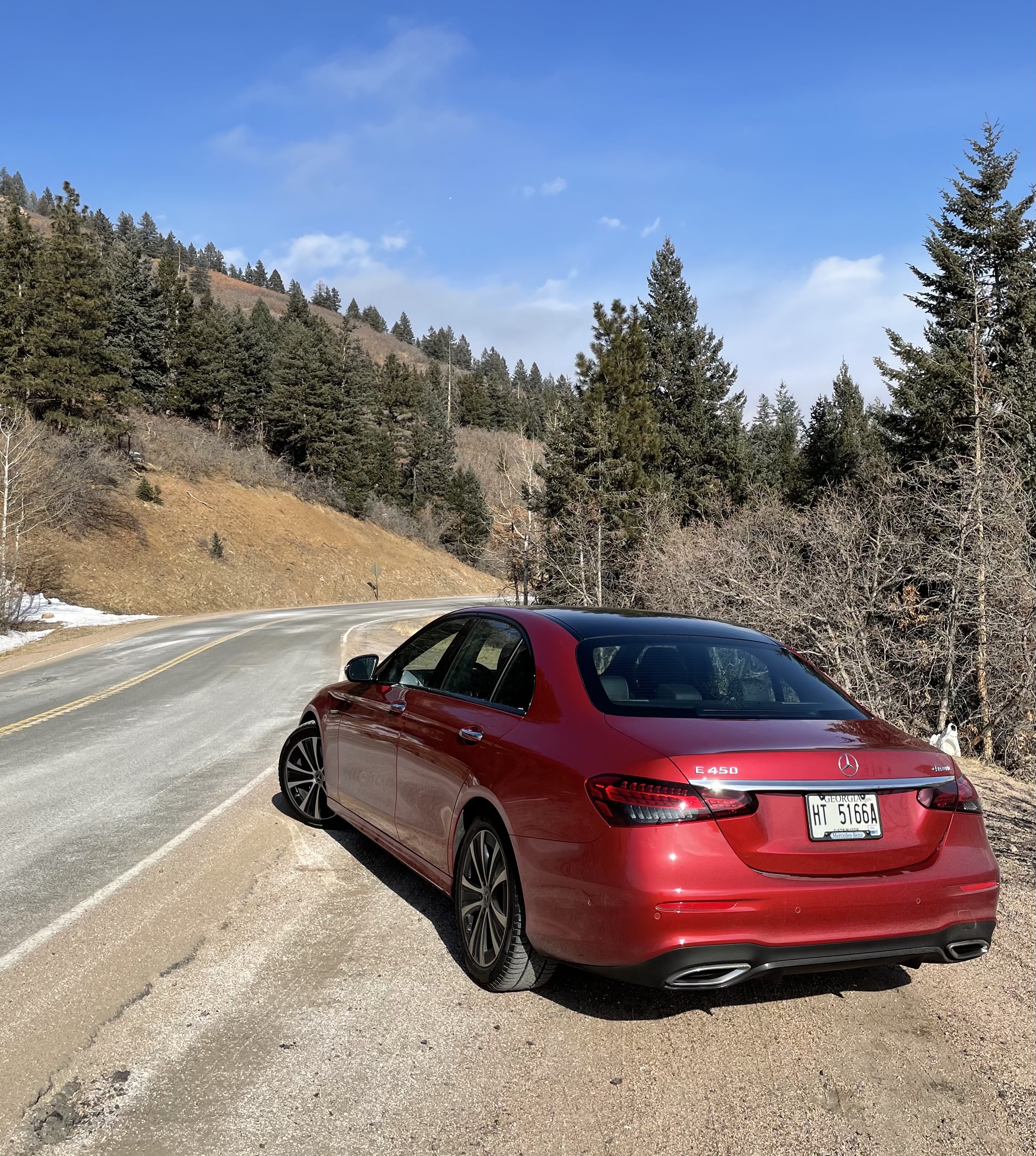 Of course, I spent most of the time with the Merc in "Sport+" mode with everything firmed up, but the ride was never harsh or unsettled—despite my many spirited sprints down some of Colorado's most weatherbeaten roads. The E450 does a great job "insulating" the driver from the exterior world, but that luxury doesn't come without some sacrifice.

When the road gets twisty, the E450 begins to reveal that it's a luxury car first and a sports sedan second. Handling is composed and predictable, but driver feedback is on a "need-to-know" basis and the steering feel remains somewhat muted. Still, the Merc maintains lots of grip and the 362-horse turbo straight-six engine has no problem slingshotting you out of a corner. In the E450 4matic, maintaining a hasty pace is effortless.

Inside, the E450 oozes opulence, plushness, and seamlessly blended tech, in what appears to be a refreshing departure from the hyper-futuristic minimalism adopted by other luxury brands. Outfitted with two 12.3-inch touch screens, the MBUX infotainment is one of the most advanced and straightforward systems to use. Mercedes also offers some basic controls in button form which just makes sense. 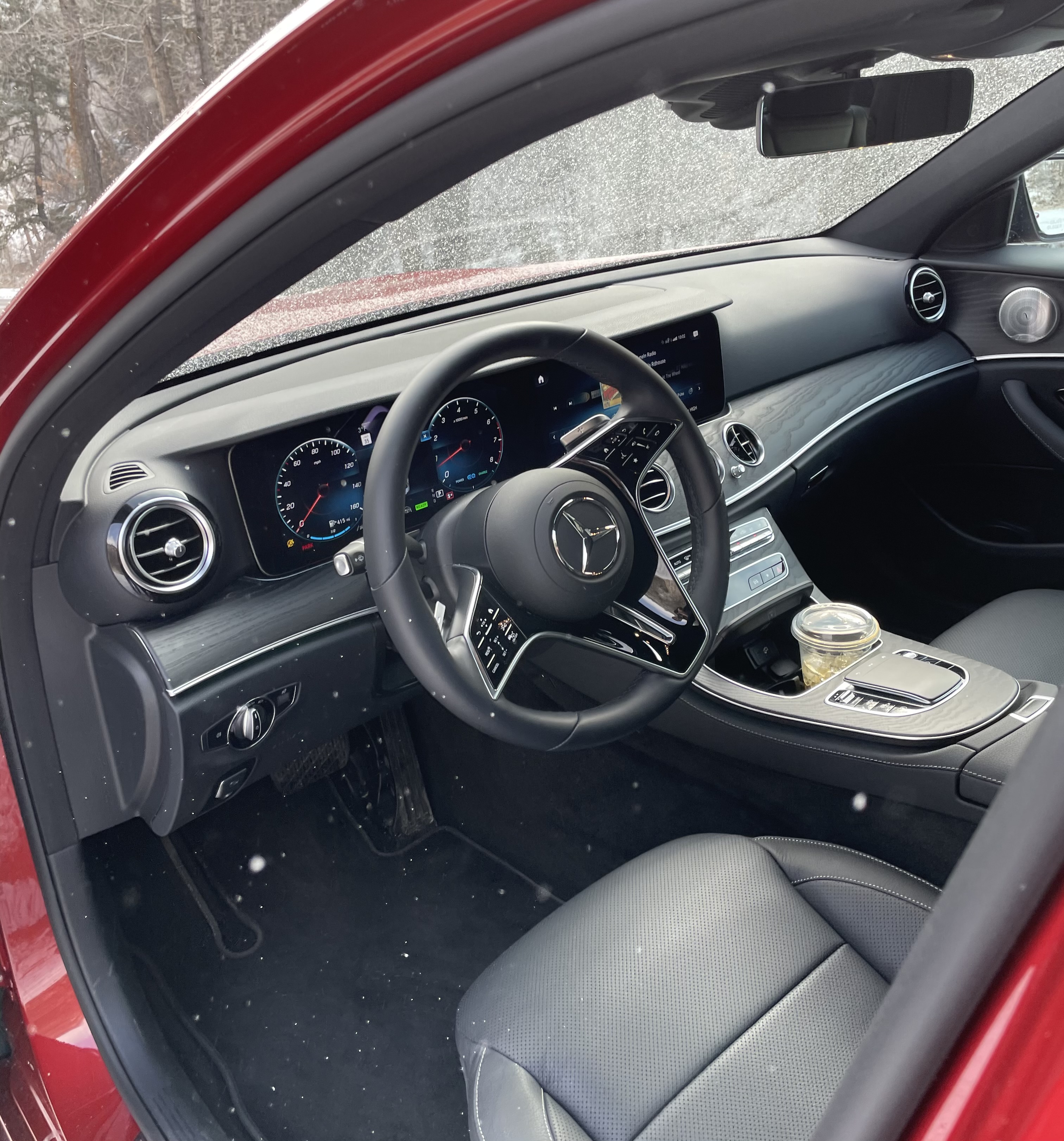 Of course, our E450 came with modern automotive tech-like adaptive cruise control and active steering assist, which worked flawlessly. And that's a very, very good thing because this car is truly at home cruising wide-open stretches of I-70 for hours on end. Fuel economy, for this level of performance, is impressive as well. The sleek Benz could eke out close to 30 mpg on the highway if you have enough self-control to keep your foot out of it.

In short, the E450 4matic is the all-wheel-drive, all-weather, all-competent greatest hit from Mercedes that's made it a luxury mainstay. That tradition continues with the 2021 Mercedes E450 4matic in what's likely one of the best all-around luxury sedans to date. All we can say is that, in a world dominated by luxury crossovers, it's nice to know there are still options available for those who still prefer to drive cars. Price point, our E450 ticked the box at $79k as tested. Bravo, Mercedes, bravo!

What's your favorite car to drive? What do you think of the Merc E450? Share in the comments.

Coors Is Launching Its Own Whiskey