The 2021 Mercedes GLE 53 AMG Coupe Is Tech-Filled, Refined, and Fast

The 2021 Mercedes GLE 53 AMG Coupe Is Tech-Filled, Refined, and Fast

The 2021 Mercedes GLE 53 AMG Coupe is beyond smart and one of the best pieces of engineering on the road.

The 2021 Mercedes GLE 53 AMG Coupe fills an interesting niche. It's not really an off-roader, though you can alter the ride height if you find yourself in deep snow or an unkempt dirt road, and thanks to its sweeping coupe-inspired design profile, it's not really the family-hauling-wholesale-supermarket-shopper kind. We're also willing to bet that it's not the true die-hard enthusiasts' choice either, despite it being very fast and capable—their hearts are more likely set on the holy grail E63 AMG wagon, at least that's my track weapon of choice.

So that begs the question, who is this vehicle for?

According to Mercedes, the demographic is single men typically younger than traditional SUV buyers who gravitate toward sportier cars but want some of the perks of an SUV, like sitting up a little higher, all-wheel-drive, an airy cabin, and slightly more room than a sedan. In fact, it would make a nearly-perfect vehicle for a well-to-do real estate agent (our test model was just a hair over $93K). But if you ask me, the GLE 53 AMG Couple should be nectar of the tech-crazed and mechanically curious because it's low-key one of the best pieces of engineering on the road. 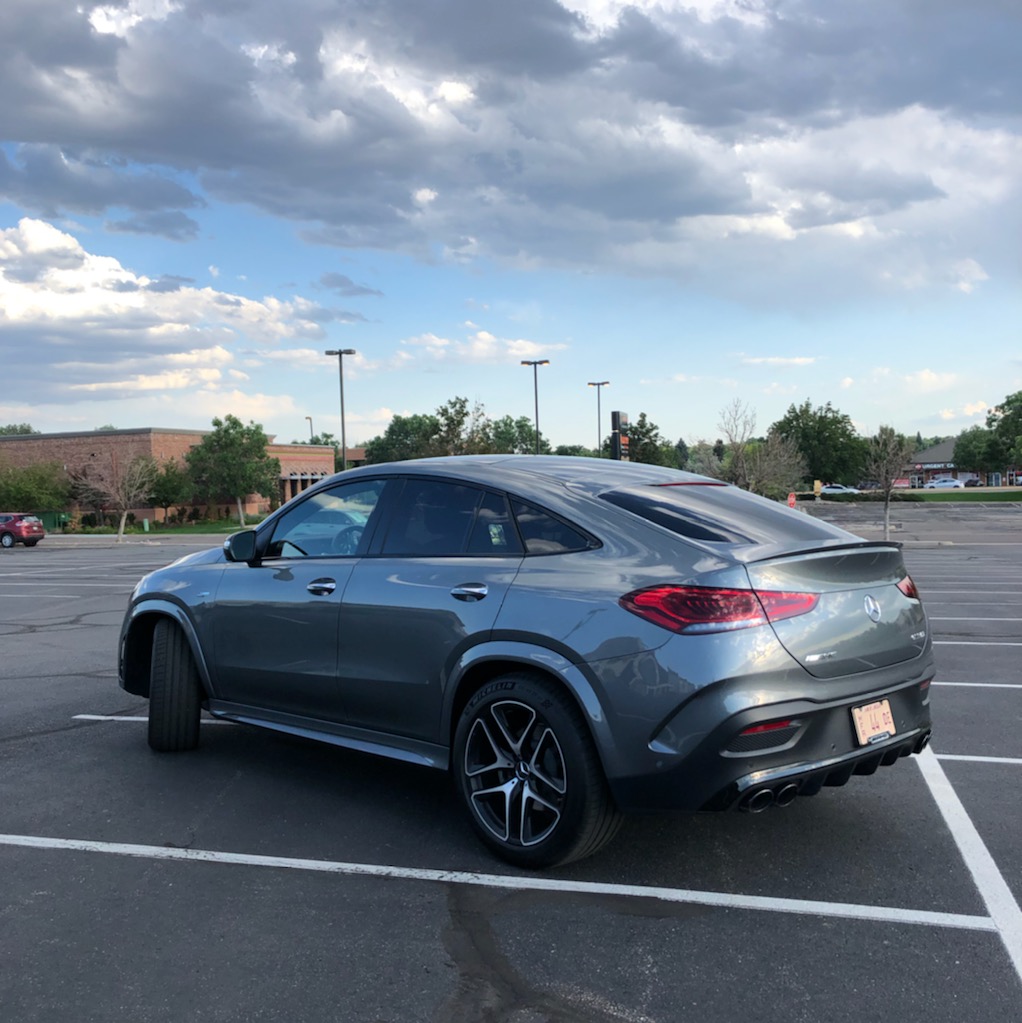 Shall we start with its heart? Because of their inherent perfect balance, I'm a sucker for inline-six engines, but the turbocharged 3.0-liter engine in the GLE 53 is among the best. That's thanks in part to Mercedes' new 48-volt auxiliary electric compressor which eliminates any hint of turbo lag. There's smooth, linear power to be had everywhere in the rev range, 429-horsepower to be exact, and in Sport+ mode with the exhaust valves open, this engine makes wonderful noises. Couple that with the GLE's ultra-sharp 9-speed transmission that effortlessly snaps through the gears and arrest-worthy speeds come quick.

Driving the GLE around a corner is equally as satisfying. The big Merc, while isn't as nimble as a say, a Lotus Evora, still hides its weight extremely well and will go through most curvy sections of tarmac faster than any crossover should. In essence, the GLE's composure and balance inspires confidence and control—which by itself is a luxury not found in many crossovers. It's a proper AMG that's definitely fit enough to blast down paved stretches of Rocky Mountain backroads. 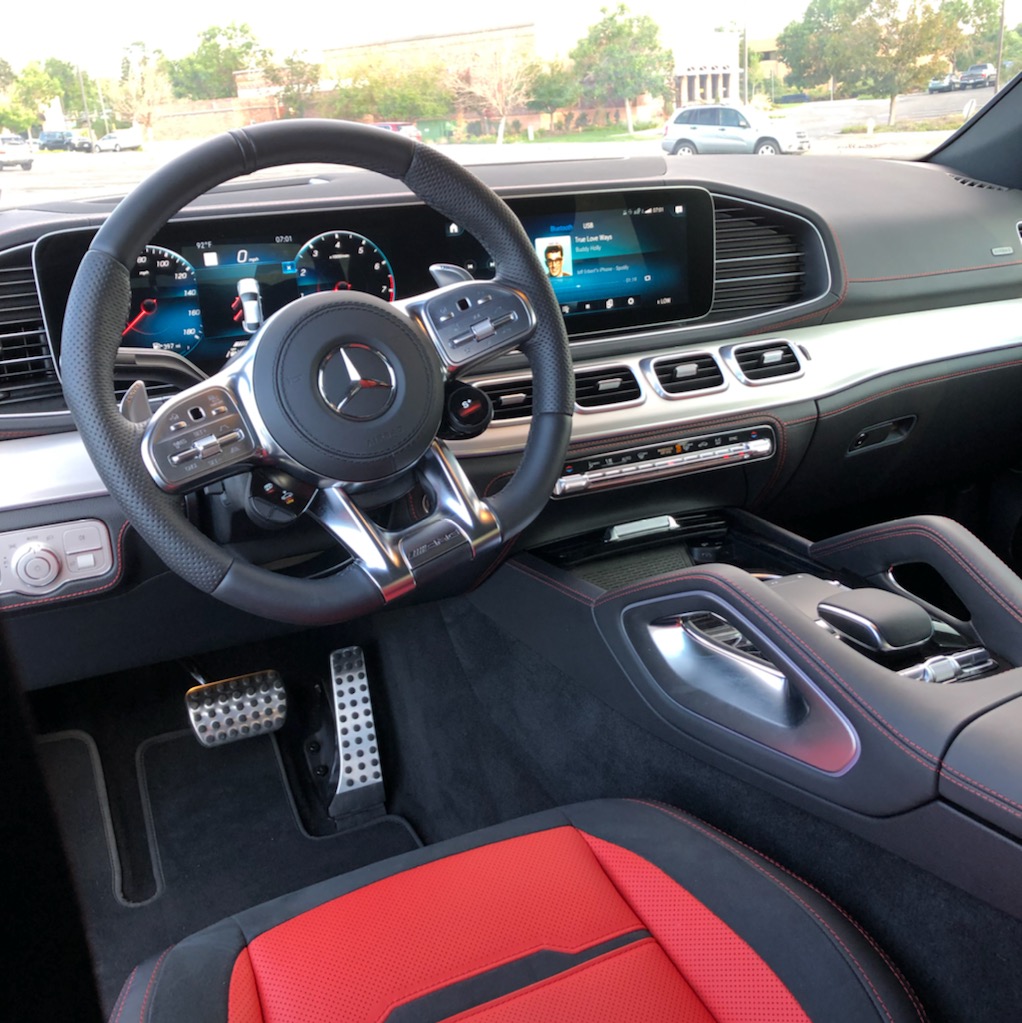 Inside the cabin, you'll find a nice blend of high-quality materials, technology, and function. The GLE features two gratuitous digital displays that are crisp, clear, and in my opinion, among the best in the game. The center screen can be controlled via touch, but I prefer to use the trackpad in the center console. Not your thing? You can use the micro-trackpad on the steering wheel, and if that doesn't work, just say, "Hey, Mercedes," and tell the car what you would like it to do via voice command. Want to see performance data? No problem. How about a top-down, 360-camera view when parking? Or browse the web? Not a problem there either. 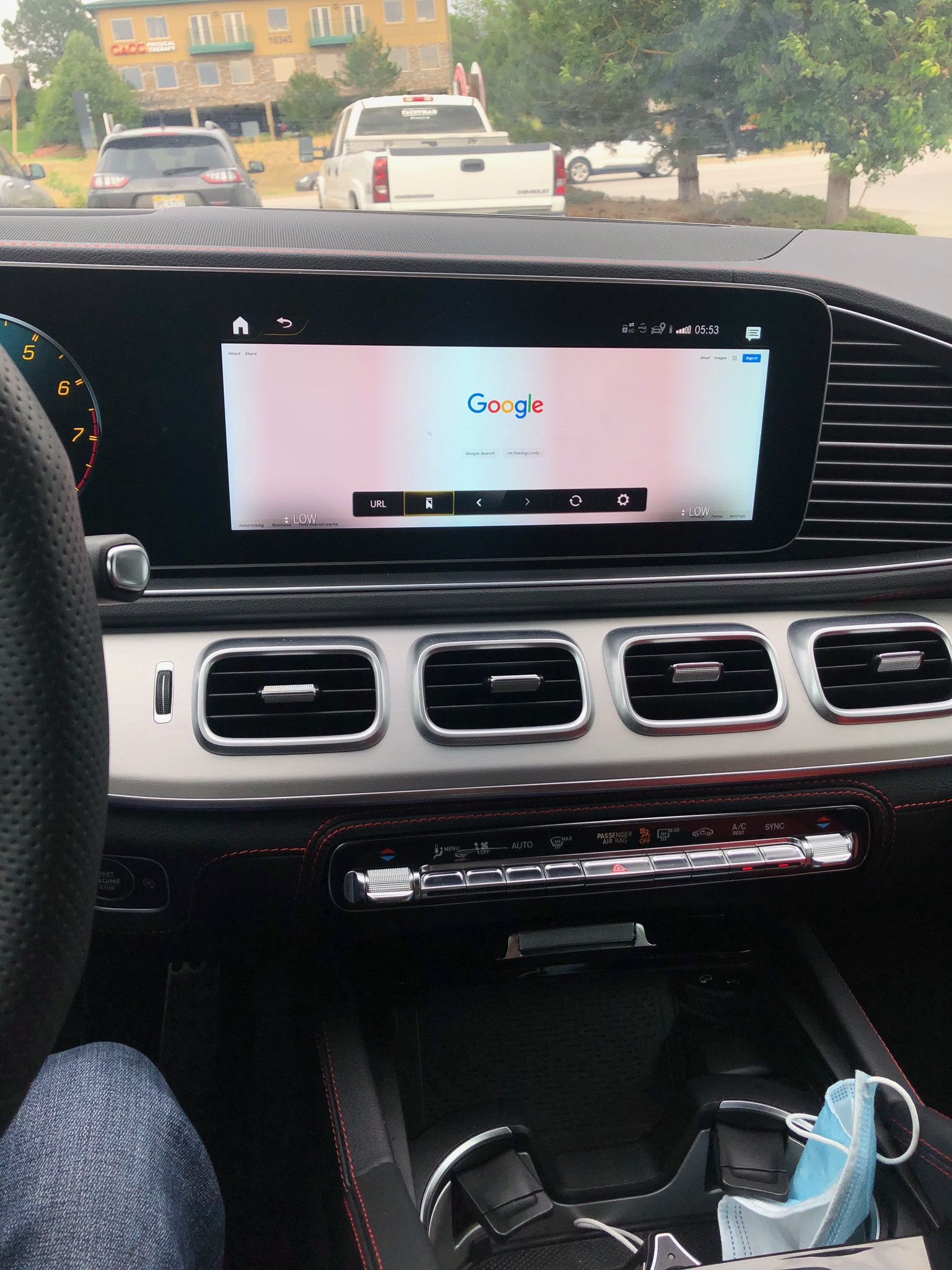 The infotainment connectivity of the GLE 53 is a feat in and of itself and a tech-lovers dream, but the heated massage seats were the cherry on top. I would turn them on, even for short blasts around the DTC (aka this car's natural habitat). The best part is that most of the basic controls can still be operated via button or toggle so anyone can operate it with ease, and those who choose to can venture deep into the menus.

Like any car, however, there are some drawbacks. In "coupe"form, the GLE 53 offers less usable space for more money than the regular SUV, rear seat room is usable but not suited for longer trims, and frankly, I think the "coupe" isn't particularly attractive to look at. Then again, looks are subjective and where else can you get an all-wheel-drive turbocharged straight-six plant? Either way, if the GLE speaks to you, I give it a thumbs up, just be sure to set aside some savings for traffic court.