The Strange History of Motorcycles in WWI

The Strange History of Motorcycles in WWI

When people think of old-fashioned motorcycles today, they often think of Harley Davidson choppers tearing up American highways during the '70s and '80s. What many people don't think about are motorcycles being used on the frontlines of brutal trench warfare to combat the forces of Kaiser Wilhelm II.

Although the motorcycles of WWI are largely missing from movies and pop culture about the war, they played a massive role in shaping what combat looked like worldwide. Throughout the war, they saw a wide variety of use across a wide range of areas. At their heart, these motorcycles were an evolutionary link between the horse-based warfare of the 1800s and the machines of the 20th century.

At the outbreak of WWI during 1914, most motorcycles were little more than standard bicycles with an engine attached. After seeing how mobile soldiers were using these motorcycles, the British army decided to invest more resources into developing ones that were more suited for battles. Producing motorcycles was only half the battle, however, as the military also needed people who were able to ride them. To this end, they started recruiting riders from motor clubs and racing leagues. In the spring of 1915, they deployed the Motor Machine Gun Service, riders with sidecars that were specially designed to mount heavy guns. 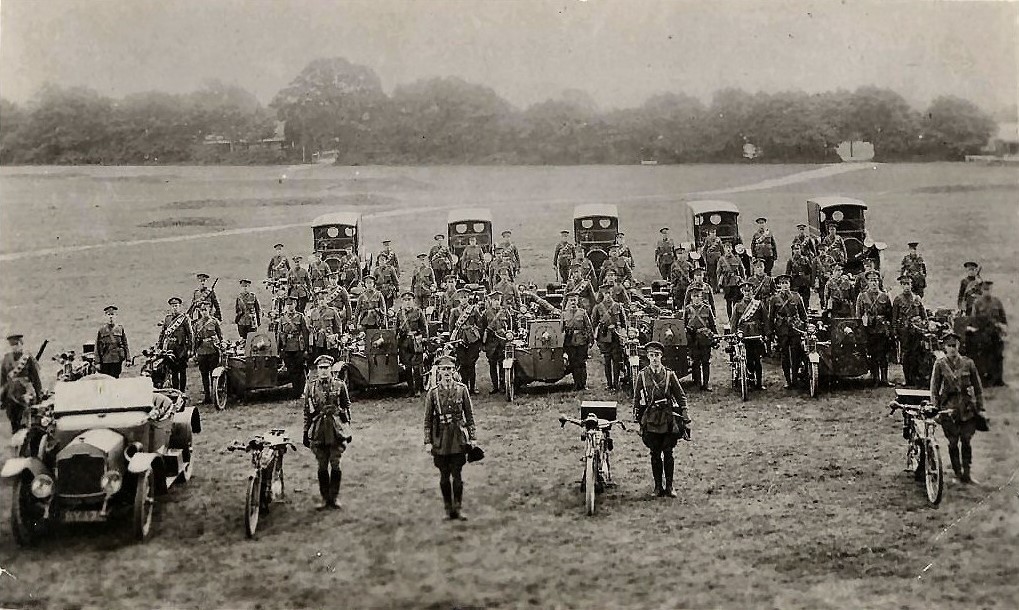 Motorcycles weren't just a delivery system for mounted guns, however. British leadership was quick to recognize the value of motorcycles as a method for delivering messages. Regular telegraph lines were too vulnerable to enemy artillery fire and were often collateral damage whenever armies exchanged fire. Conversely, using signal lights or smoke signals showed German snipers where British troops were and risked messages being intercepted by enemy interpreters.

The Triumph motorcycle was an effective solution to these problems. Riders could travel quickly and quietly over uneven terrain. Although the vehicle only had 4 horsepower (you read that correctly), it became a central tool for British communication on the frontlines. Over 30,000 units were produced during the war, with an additional 27,000 hitting the market until the bike was discontinued in 1923.

This is a friendly reminder that swords were still being used at the beginning of WWI. Really.

The German army experimented with using motorcycles as a replacement for horses during calvary charges. Their reasoning was that motorcycles were easier to mass-produce, packed a lot more impact, didn't feel fear, and didn't have any legs that they risked breaking. As it turns out, this was a poor choice. Motorcycles aren't able to stand still the same way that horses are, and more prone to flipping over when presented with uneven terrain. Ultimately, this resulted in some combat tests that likely would have been as comical to watch as they were tragic. Tanks would later make calvary largely obsolete, providing yet another reason why these motorcycle troops would never see combat.

Motorcycle calvary would later be revisited by the Germans during WWII, a time period when they where they were not known for making good decisions.

Ultimately, the involvement of motorcycles is often overshadowed by the development of tanks and chemical weapons, two forms of engineering that would go on to define both that war and many that followed. Still, the world that we live in today would be very different if it weren't for British motorcycles and all the interesting roles that they found during the war.