George R.R. Martin claims he will have The Winds of Winter finished by next year, thanks to being in lockdown.

Well, we have the coronavirus to thank for something: Although Game of Thrones author George R.R. Martin has thrown out different dates at different times, he now says he should complete the next installment in his fantasy series by next year. He added that he has been in "an actual cabin in the mountains" during the lockdown, working on The Winds of Winter for "long hours every day." He also said he is "making steady progress" due to this "enforced isolation."

“I finished a new chapter yesterday, another one three days ago, another one the previous week. But no, this does not mean that the book will be finished tomorrow or published next week. It’s going to be a huge book, and I still have a long way to go,” he told fans, warning them not to “give any credence to any of the click-bait websites that like to parse every word of my posts as if they were papal encyclicals to divine hidden meanings." 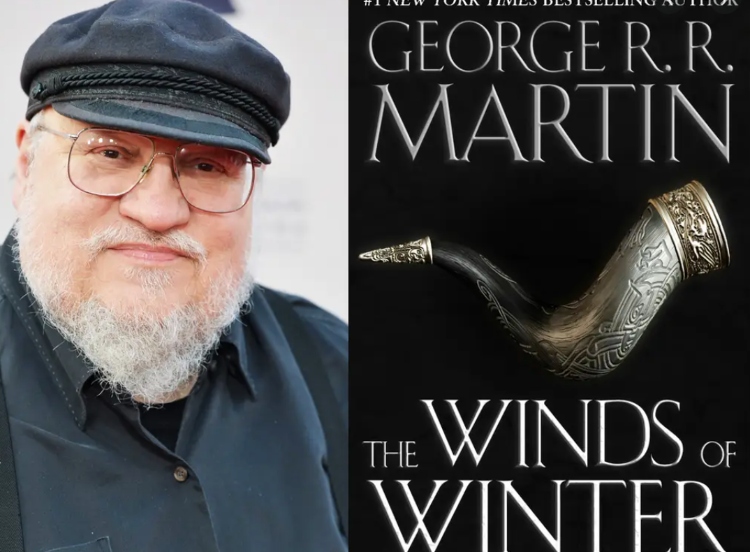 Martin has been criticized in the past for the long breaks between his books. His last book, A Dance of Dragons, was released in July 2011, six years after the one before it. In fact, he's taken so long in writing the series that eventually the producers of the Game of Thrones TV series on HBO went ahead and finished production on the full saga, even though the books the story was based on had not been yet written.

Martin has admitted on his blog that he wishes he could write more quickly:

“Way way back in 1999, when I was deep in the writing of A Storm of Swords, I was averaging about 150 pages of manuscript a month. I fear I shall never recapture that pace again. Looking back, I am not sure how I did it then," he said.

In addition to mapping out his novel, Martin had also been writing smaller novellas and other works related to his fantasy land known as Westeros. He also assisted with the HBO production of Game of Thrones, which contributed to the long wait between books.

The Winds of Winter will be the sixth book in his series, A Song of Ice and Fire, which deals with dragons, the Iron Throne, and the threat of the White Walkers (although we, as fans, know what happened to them). Despite the poorly-received series finale in the television show, audiences are still anxiously waiting for the penultimate installment to hit bookshelves, perhaps hoping it will lead in a different direction than the show did.

The planned final book of the series, A Dream of Spring, will conclude the saga ... but who knows when that will be.

Do you think Martin will finish The Winds of Winter next year? When do you predict the entire book series will be complete? Drop us a comment and let us know!