For May’s theme, I’ve decided to choose a mystery novel, mostly because I can’t pass up a chance for alliteration. Also, "mystery" is one of my very favorite genres! Another of my favorite things is wandering around used book sales. Thanks to this wandering, I found this month’s selection. It’s an oldie, but I’m betting it’s a goodie! May’s DMV BookClub read is: 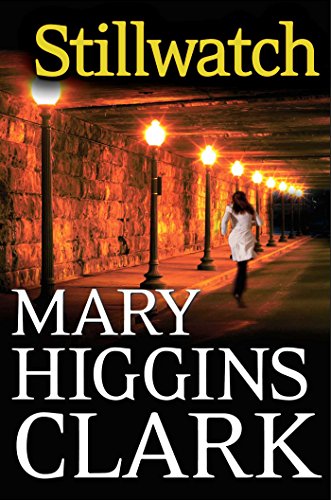 "I TOLD YOU NOT TO COME..." on a note slipped under the door of her Georgetown home. The note was an ominous reminder of Pat Traymore's past. The beautiful young television journalist had come to glamorous, high-powered Washington to produce a TV series. Her subject: Senator Abigail Jennings, slated for nomination as the first woman vice president of the United States.

With the help of an old flame, Congressman Sam Kingsley, Pat delves into Abigail's life, only to turn up horrifying facts that threaten to destroy senator's reputation and her career. Worse still, sinister connections to Pat's own childhood and the nightmare secrets hidden within are surfacing -- secrets waiting to destroy her.

Within the mystery genre, there’s no one more well-recognized than Mary Higgins Clark. She’s written over 35 best-selling mysteries and is widely known as the "Queen of Suspense." She just happens to also be at the top of my list of favorite authors. Her stories are full of strong characters and suspenseful situations. I’ve read almost all of her books, even buying many of them in hardback because I couldn’t wait until they were republished in paperback.

Unfortunately – though fortunately for me because I’m a huge fan of New York – most of her books are based in the city that never sleeps. However, I recently found Stillwatch at a used book sale and was super-excited to see that it was based in Georgetown. Like I mentioned, it is an oldie in her vast array of books, published originally in 1984, but what’s great about mysteries is that they never really go out of style. Years after they were written, we’re still reading Sherlock Holmes and Agatha Christie. As long as there’s a juicy mystery at the heart of the book, people still love trying to beat the detective to the punch and solve the crime.

While I try hard, I still haven’t managed to guess correctly in any of Mary Higgins Clark's novels (or any other mysteries, come to think of it). Though I read many, apparently, it’s not in my future to actually be a detective. So I suppose I’ll continue to solve my mysteries with a book and cup of tea. And I hope you’ll join me as I do!

1. If you’re a mystery fan, who’s your favorite mystery writer?

2. Or better yet, who’s your favorite fictional detective?

3. Are you any good at solving the mysteries you read? Are you more a Sherlock Holmes or a John Watson?

4. There are so many mystery writers out there, many of whom write series using the same characters. Do you prefer the familiarity of reading about the same characters in the same world you’ve come to love? Or do you crave a new mystery with a new detective and brand-new bad guys to investigate?

Stillwatch is available anywhere great books are sold. And join us on Tuesday, May 28, to hear what we thought about this page-turner!

How to Use Gas Buddy to Navigate the Temporary Fuel Shortage