The Great DMV BookClub – 'The Lost Symbol' in Review

The Great DMV BookClub – 'The Lost Symbol' in Review

Here's our review of Dan Brown's "The Lost Symbol."

The Lost Symbol | by Dan Brown

As I said before, I’m a huge Dan Brown fan-girl. I speed-read my way through most of his novels, and yet love for The Lost Symbol has completely eluded me.

I tried. I really, really tried. I skimmed and read, and read some more, but there’s just something about it that I can’t bring myself to get excited about. Even though the re-read has not made me fall head over heels like I had hoped it would, I did make a discovery -- albeit a fairly tame one. 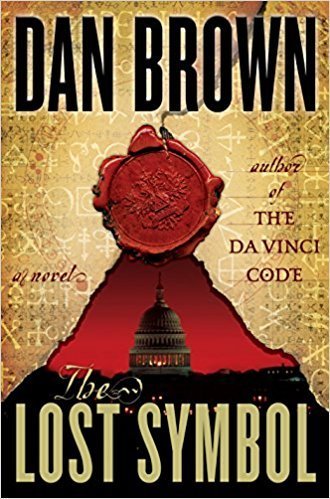 This book doesn’t draw me in as much as his others have because I live here. It’s as simple as that. Just hear me out. The DMV is fabulous. I love being so close to the heart of American politics. It’s amazing to visit D.C. and see the monuments to great men and women and wander around world-class museums. The theatre and dining scenes are off-the-charts fabulous. The funky little neighborhood hot spots for shopping are always so fun to find.

But because I know a lot of the city, I really don’t need to read a mystery about it. It’s too difficult to really get engrossed in this giant mythology because I’ve been to many of the places he names, and I just can’t picture any of it really happening. My suspension of disbelief monitor has reached zero.

With Brown's other stories, I’ve never visited the far-off cities where he’s setting the action. I can only imagine Rome or Barcelona. While they’re on my travel bucket list, I haven’t reached them yet. So, it’s a bit easier to suspend logic and dive in with both feet. Also, isn’t reading about some far-off and exotic locale always more interesting than reading about a place you’ve been to hundreds of times? Of course, that may just be me …

So, there you have it -- my semi-judgy review of The Lost Symbol. While the book still holds court on the shelf with my other Dan Brown hardbacks, it won’t be loaned out any time soon. Unless, of course, I have a visitor that’s brand-new to the area. In that case, (by my possibly flawed logic) it’s the perfect read!

HERE ARE MY RESPONSES TO OUR BOOK CLUB QUESTIONS. I HOPE TO HEAR SOME INSIGHT FROM YOU, TOO!

1. Are you a Robert Langdon fan? What’s been your favorite so far?

I am obviously a Robert Langdon fan. It’s hard to pick a favorite. While I adored "The Da Vinci Code," reading it cover to cover in a day, I may have enjoyed "Origin" more. The details he shares about Barcelona made me add it to my bucket list.

2. If you’ve read his other books, have you also seen the two movies starring Tom Hanks? Is he a perfect Langdon, or did you picture someone else in the iconic role?

I’ve actually only seen parts of the movies, though I do like Tom Hanks as Langdon. However, I don’t think he’s who I pictured in the role. I always thought Timothy Hutton would be the perfect combo of snarky and intelligent -- to me, that screams Robert Langdon.

3. Have you ever re-read a book and completely changed your mind about it? In my case, I’m re-reading a book I didn’t like, but have you re-read a book you liked and decided you didn’t really like it at all?

I’ve never re-read a book and decided I didn’t love it all. However, I have re-read Anthony Bourdain’s "A Cook’s Tour" multiple times and have fallen for it every time. (Don’t let anyone tell you that "Kitchen Nightmares" is the better of the two. "A Cook’s Tour" is so much better!)

4. Where are you hoping Brown sets the next Langdon mystery?

My very favorite city in all of the world is London. I’m picturing Langdon hot on the trail of some mystery involving Shakespeare’s works. Maybe he can investigate if Shakespeare was really Shakespeare? How much fun (and super nerdy, I must admit) would that be!?

Did you read The Lost Symbol with us in March? Roll call! Let us know in the comments! We want to get to know you!

As always, if you have a favorite DMV author or a great book that’s set in the area, comment away, or send us an email! We’re always looking to discover new and wonderful writers!

Check back on Tuesday, April 9, to find what we’re reading next!