"The Office: A Day at Dunder Mifflin Elementary" is set to publish later this fall.

Introduce The Office to the next generation with this new children's book based on the beloved NBC comedy series. It really gives us a new perspective on "Scott's Tots" ...

The Office: A Day at Dunder Mifflin Elementary will hit bookstore shelves on October 6, 2020, but you can pre-order a copy on Amazon today ($17.99). So we highly suggest you go do that, like "ASAP as possible." The book is being published through Little, Brown Books for Young Readers. 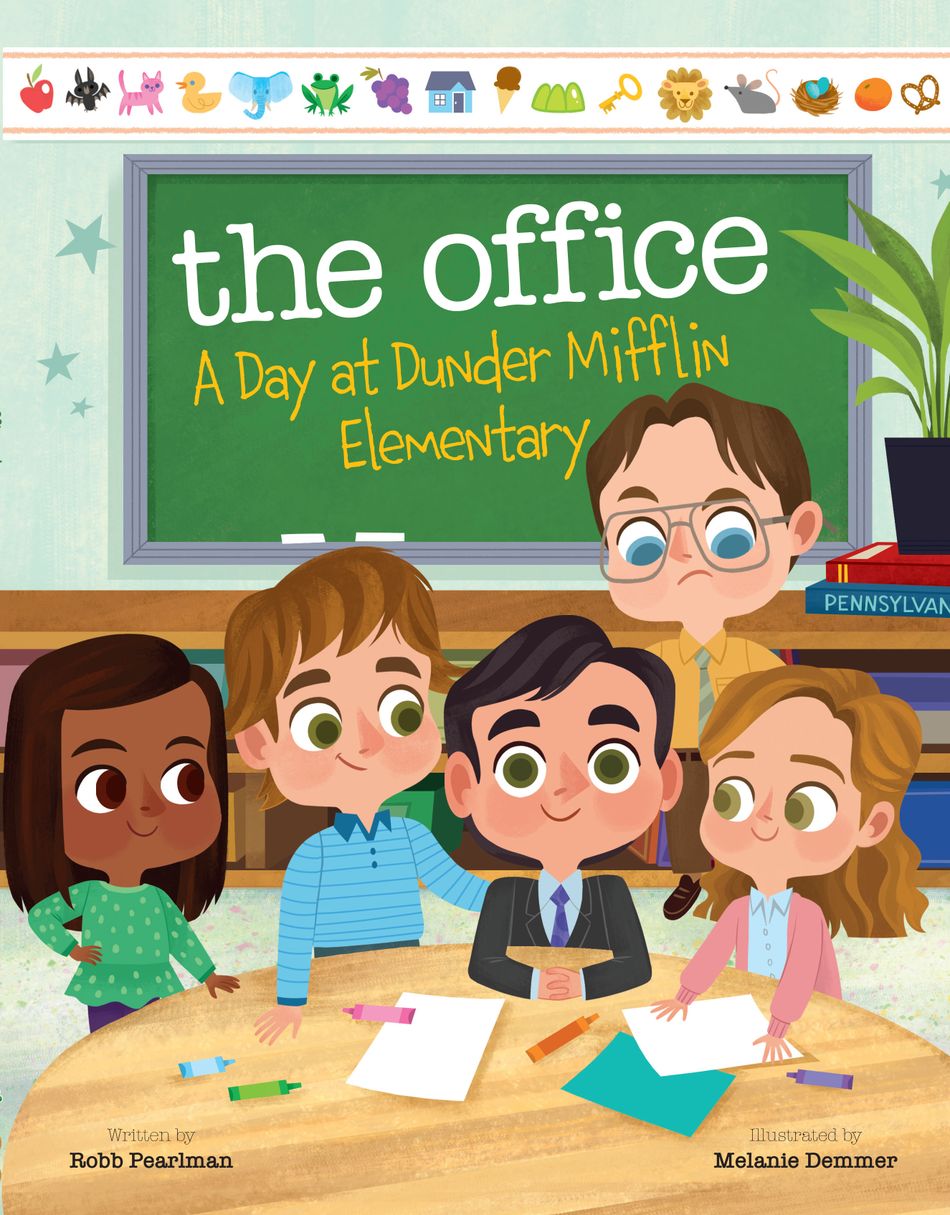 A Day at Dunder Mifflin Elementary, which is written by Robb Pearlman and illustrated by Melanie Demmer, tells the story of a young Michael Scott (suit and all) as he strives to become the "World's Best Line Leader." Of course, fan-favorite characters like Jim, Pam, and Dwight, along with the rest of the Dunder Mifflin crew, will all make an appearance as Michael's fellow students in Ms. Levinson's class (yes, it's Jan Levinson).

We'll see the young Dunder Mifflin students work together to make the perfect line, participating in a meeting as well as planning and attending a party, 'cause you can't forget to include the Planning Party Committee!

These adorable depictions of The Office characters will teach kids about teamwork and that there's no shame in asking for help. (Awwww.)

According to reports, the children's book is written for readers ages 4–8. But, we're sure a lot of older Office fans will enjoy it, too—especially with all of the fun little Easter Eggs from the show popping up on every page, like illustrations of the Dundie Awards, Dwight's bobblehead, and more.

This is the perfect gift for Office fans of all ages, and with the 15th anniversary of the show coming up in March, it's a fun way to dive into the charming world of Dunder Mifflin. Plus, it'll help tide you over once the show leaves Netflix later this year.

Fort Worth's Oktoberfest Had a Little Bit of Everything, Especially Dachshunds