Virginia Book Club: 'The Murders of Rue Morgue' in Review

Virginia Book Club: 'The Murders of Rue Morgue' in Review

Here's our review of The Murders in the Rue Morgue by Edgar Allan Poe. 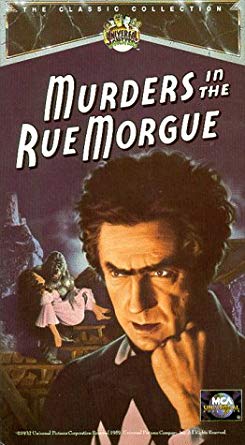 The Murders in The Rue Morgue | by Edgar Allan Poe

Earlier this month, we debuted our June selection of the Virginia Book Club. Following that, we have been entranced by the literary inner workings of Edgar Allan Poe's murder mystery, The Murders in the Rue Morgue. This is called the first American murder mystery of all time. Being about 30 pages long, this short story is breath-taking from start to finish.

Poe begins his artwork with a small rant about the mechanics of the mind and talks, putting the brain functions of analysis that we hold so dear on a pedestal. He then begins his story with an unnamed narrator.

I absolutely adore unnamed narrators in fiction. It throws the reader into the story and coerces their full attention into the happenings of the plot. Reading this story, I became the detective standing alongside Monsieur C. Auguste Dupin, but I was no longer an innocent bystander of the narrative.

Monsieur Dupin is a detective that enjoys figuring out the unsolvable mysteries and aiding the French police in finding all sorts of crooks and murders. In the Rue Morgue, he appears on the scene of a ghastly double murder of Madame L'Espanaye and her daughter. The younger being beaten to death and shoved up into the chimney of their quarters, feet first. Whilst her mother had her throat slit completely and left face down in her own blood. Poe spares no detail in the grisly murders of these two women.

Although the murder happens at three in the morning, there are plenty of witnesses that overhear the screams and try to come to the aid of the victims. They are not reached in time. Each witness reports that there were two voices they heard: one of a Frenchman and one that has an everchanging nationality and mysterious language that the witnesses try to identify but are never able to. This is very suspect.

Dupin goes on about the crime scene and the witnesses. He talks to our unnamed narrator about acumen. Acumen is the ability to make good judgments and quick decisions. He says that the French police may have less acumen than he and the unnamed narrator and they must be assisted. And although Dupin can come off as somewhat of a know-it-all, he has the lovableness of a genuine gentleman.

Now, I'm not one to give out spoilers so I'll leave my avid literary lovers to solve this murder mystery. I'll just leave you with a few questions.

Things to consider while reading:

1. Have you read Edgar Allan Poe before?

Personally, I have heard plenty about Poe and I have read some of his poetry, but I have never read a full short story of his before now.

2. Did you know he was a local author? Are there any interesting facts about Poe that you know?

I knew he had performed locally, and I remembered mention of him with something to do with Richmond. But I had forgotten he was from Virginia until recent research led me to that conclusion.

3. What is your favorite Poe work? Is it a poem or a short story?

I would have to say that The Murders in the Rue Morgue is quickly becoming my favorite of Poe's work. I'll have to re-read The Raven to make a definite choice though.

Come back next month to see our July selection! Need more to read? Check out our review of Maggie Stiefvater's The Raven Boys.