Andrea Chamblee is hosting the special event in celebration of her husband’s book “The Capital of Basketball: A History of D.C. Area High School Hoops,” which was published in October.

John McNamara was a sports reporter on duty that fateful day, June 28, 2018. McNamara and four other people lost their lives when a gunman opened fire in the Capital Gazette newsroom in Annapolis, Maryland. His widow Andrea is hosting a book event in Columbia on December 15, 2019, to commemorate her husband’s last project, a book about basketball in D.C. high schools, The Capital of Basketball: A History of D.C. Area High School Hoops.

McNamara, a veteran reporter of local sports, was in the process of writing the book when he died. It is based on more than 150 interviews of players, teams, and coaches raised up in the D.C. area. The interviewees include E.B. Henderson, the first African American to teach physical education in public schools, and Earl Lloyd, the first African American player in the NBA. The local D.C. high school system also produced two Hall of Famers, Elgin Baylor and Dave Bing. McNamara also detailed the struggles players and coaches faced as the sports culture was changing in the United States. 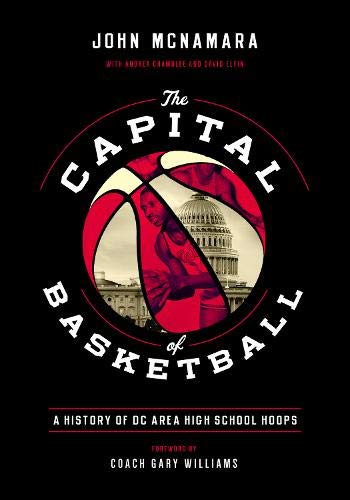 Chamblee finished her late husband’s book with help from David Elfin, who co-authored another book with McNamara. She and her husband spent a lot of time together attending local games and talking about D.C. basketball.

The special event will take place on Sunday, December 15, from 11 a.m. to 2 p.m. at the Barnes & Noble at the Mall in Columbia. The event is free, but seating is first-come, first-served. The Capital of Basketball: A History of D.C. Area High School Hoops is on sale now at bookstores and online.