A Twitter Bot Is Exposing Bad Drivers All Over Washington, DC

A Twitter Bot Is Exposing Bad Drivers All Over Washington, DC

You thought you had a lot of unpaid parking tickets. Well, you could probably find someone who has you beat on the @howsmydrivingdc Twitter account.

What, you’re asking? Well, apparently, society feels the need to create a Twitter account for everything, including people who don’t pay their parking tickets. Because it’s much better if all that information is exposed to the world, right?

Though, I do have to admit that it’s pretty astonishing. And possibly a little funny. I mean who has $10,700 of unpaid parking tickets? What are you doing wrong with your life?

Daniel Schep, the founder of the @howsmydrivingDC account, knew that you only needed a license plate to gain access to this kind of information through the online payment system on the DMV site. He appealed to Twitter for API access and was soon off and running:

"When a user mentions @howsmydrivingdc with a state and plate number, the bot enters that into the system, ‘solves the little captcha that does a bad job at proving you’re not a piece of computer software,’ screenshots any results and replies to that Tweet," The Washingtonian reported.

There are a few lessons to be learned from this account. The first lesson is that the captcha code seems to be entirely useless at weeding out robots. Second, is that when you’re a bad driver, you’re a bad driver, and you make the city look worse. And third, most of these offenses are repeat offenses. People just never learn. 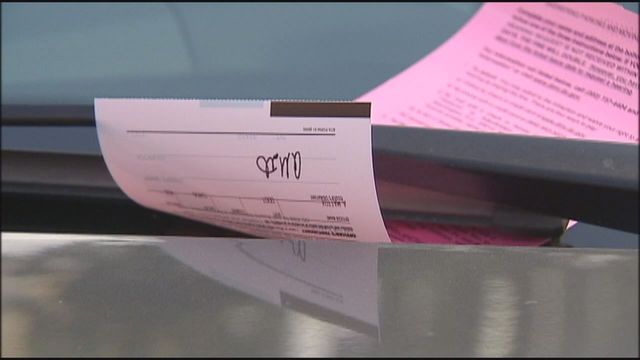 So, if this Twitter bot had to do a check on your driving record, where would you rank? Share (or don’t share) with us in the comments!

Another example of Washingtonians working the system: This guy made himself a "roommate resume" in his search for D.C. housing.