Colorado was once home to crocodiles and proof was just unearthed near Walden.

Colorado wasn’t always the winter mountain destination we all know and love. At one time, millions of years ago, parts of what we know as Colorado was covered in tropical swamps. And if we learned anything from the Crocodile Dundee movies, nothing loves a good swamp more than crocs.

On a bluff near Walden, a team of paleontologists from Paleo Solutions have recently discovered the proof of crocodile life here the state. It’s a far cry from the grazing cattle that roam the land today, and it’s a tremendous find for Colorado.

The excavating has unearthed croc bones, teeth, and scales from the Paleocene and Eocene epochs, some 50 to 60 million years ago. That wouldn’t be too long after dinosaurs became extinct. The croc is estimated at five to six feet in length. The discovery, as well as turtle, fish, and plant fossils, is only about six inches deep in the ground. 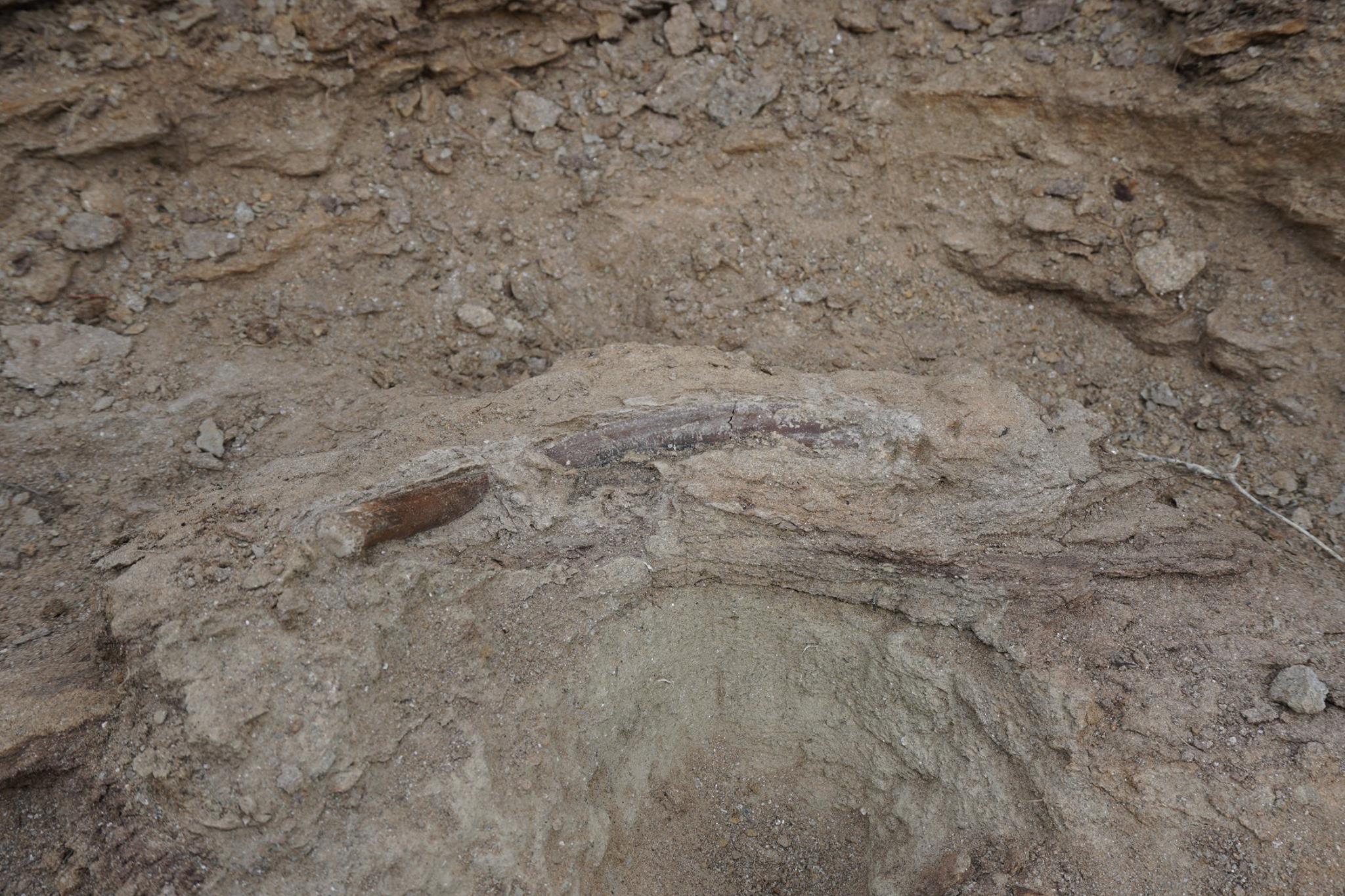 A rib bone, possibly from a turtle, found at the site. Courtesy of BLM (Facebook).

The original find was made on Bureau of Land Management land during a site inspection before oil and natural gas development was allowed in the area. Paleo Solutions often works construction and oil sites to rescue artifacts and bones before any digging or drilling.

The bones that are unearthed will be sent to the Denver Museum of Nature and Science for cleaning and research. The crew was wrapping up its year-long dig but plans to map its discoveries, allowing students to come out and excavate in the future.