New parents get a special delivery via the fire department.

Waiting on the adoption of a new baby can be a very nerve-wracking experience. Babies don’t exactly give an ETA when making their way into the world. Adoptive parents are even more in the dark, waiting for the birth parents to give them the signal that the new arrival is on its way. A couple in Baltimore got the surprise of their lives this past week when a fire truck rolled up to their home.

The couple, Michael and Karen Faherty, have been in the process of adopting a baby and were expecting a home inspector to visit the house. Instead, firefighters from Anne Arundel County Fire Department came up the walk accompanied by the couple’s new son, Michael Terrance Faherty III. Michael Faherty is also a firefighter with Anne Arundel County, and members of his academy class participated in the special delivery. The group also brought the family diapers and other baby gifts. 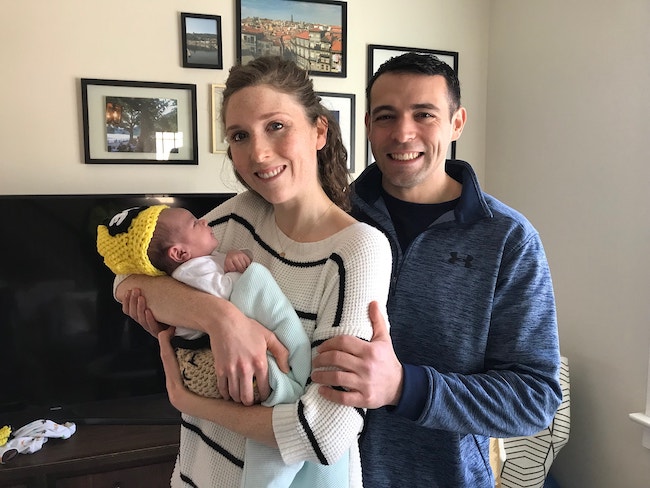 The surprised mom and dad were understandably overwhelmed with happiness and have been tucked inside with their new little boy. This amazing stunt was planned by the couple’s adoption counselor, Dr. Dean Kirschner, Executive Director of Adoption Makes Family. Kirschner had help from three fire departments, Anne Arundel County Fire Department, Baltimore City Fire Department, and Ferndale Volunteer Fire Company.

Kirshner’s adoption agency near Baltimore has a history of introducing parents to their new babies in interesting ways. He calls it “Gotcha Day.” Unsuspecting parents have had babies delivered via a parade with bagpipes, by a group of family friends, and by two of Baltimore’s favorite mascots, the Oriole Bird and Poe the Raven. Video of this surprise is available on the Anne Arundel Fire Department Facebook page.

What did you think of this magical surprise? Have you heard of any other interesting meet-the-parents stories? Tell us in the comments!

The Ocean City Jeep Club made their own special delivery this past weekend, too. Read all about it here!