The Atlanta band played to a packed crowd at D.C.'s historic 9:30 Club on Saturday night.

Deerhunter is one of my favorite bands of the past decade. I'd seen them back in 2013 at the Crystal Ballroom in Portland, Oregon, and left the venue feeling spell-bound. So when I saw they would be hitting the 9:30 Club in D.C., I knew I had to see them, especially at such a celebrated venue (Rolling Stone recently included them among America's best music venues). After some concert fuel courtesy of Alero Restaurant, we made our way to U Street, preparing to have our minds and ears blown once again.

The indie band formed in 2001 in Atlanta, Georgia. Fronted by idiosyncratic songwriter Bradford Cox, the group's sound is a mash-up of post-punk and shoegaze, combined with pop flourishes of the Velvet Underground. Their eighth album, Why Hasn't Everything Already Disappeared?, is another exploration of this sound, and while it doesn't contain as much of the ambiance that marks earlier records, their live shows continue that sonic tradition. Pro-tip for seeing Deerhunter live: Bring earplugs -- your hearing will thank you.

Openers L'Rain set the tone for the show. The Brooklyn-based project headed by Taja Cheek delved into their own style of noise-making with looping vocals and jazz instrumentals. Chaotic yet structured, the songs swelled to dramatic crescendos before drifting down to ambiance. While their set wasn't long, the music left a solid impression, as someone sitting in the balcony (thumbs up to 9:30 Club for great acoustics). 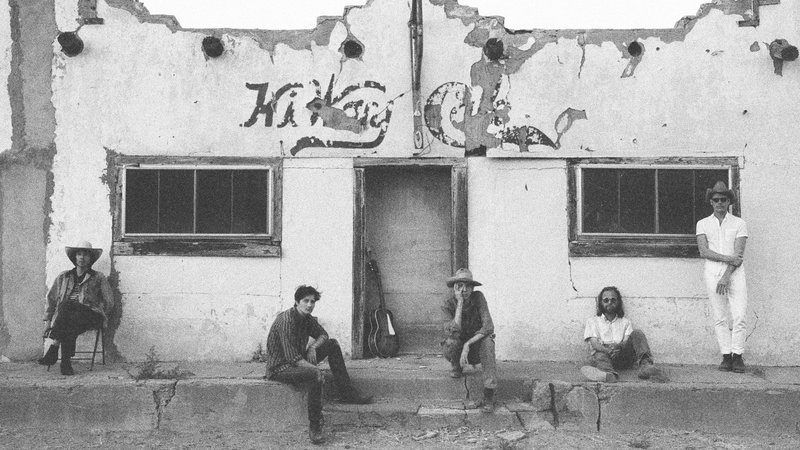 Then it was Deerhunter. The show started on a humorous note, with Cox saying "good boy" to a guard dog sniffing around the stage. Then they dove into "Cryptograms," a blistering ode to disorientation and paranoia: "My last few months I arose out/My vision blurred, there was no sound." With his tall frame draped in baggy pants and a collared shirt, Cox's stage presence was commanding but delivered with lax ease, a swagger in his step as he relayed spectral lyrics with his signature sneer.

The 9:30 Club was a fitting choice of venue -- big enough to accommodate more people, but with the intimacy that larger spaces tend to lack. Couples swayed to the wistful "Take Care" off 2015's Fading Frontier and "What Happens to People" lamented the disappearance of emotions through a lush, piano-driven melody, not unlike R.E.M (a noted influence). Lead guitarist Lockett Pundt had a moment in the spotlight with vocals on "Desire Lines," undoubtedly a career highlight (its respective album, 2010's Halcyon Digest received critical acclaim upon its release). The set was a mix of new and old material, and the result was fresh -- the songs came to life and clung to my brain long after they were over.

Eventually, Cox broke it to the crowd that the building's curfew was to set in soon, eliciting an audible groan. But with a three-song encore to end on, the band easily gave us our money's worth.

As a band, Deerhunter's strengths lay in their versatility. For them to go from swirling soundscapes to pop ditties is seamless, and edifying to witness live. As veterans of the genre, Deerhunter shows you can stick to your roots while maintaining a will to evolve.

Their eighth record Why Hasn't Everything Already Disappeared? was released in January 2019 on 4AD records. You can buy it here.

Are there any Deerhunter fans out there? See any good shows at 9:30 Club or in the DMV area lately? Tell us in the comments below.

Wolf Trap summer concert tickets are up for sale! Here's how to get them!