The effects of the partial government shutdown on the National Mall are startling. Sudden museum closures, overflowing trash, and bewildered tourists are dominating the stories this week.

I decided to grab my camera and go downtown to see for myself how bad it had gotten. Keep in mind: weekends in D.C. are usually prime time for tourists. Unless you get there before 10 a.m., you'll be dodging tour buses and waiting forever at lights as hordes of people cross the street near any of the museums and monuments. I set out at 9:30 a.m. and hoped for the best.

To my surprise, I was able to find an amazing parking spot right by the National Museum of the American Indian. It was cold, but not unbearable, and it had just stopped drizzling. Still, the streets around the Mall were almost completely deserted. 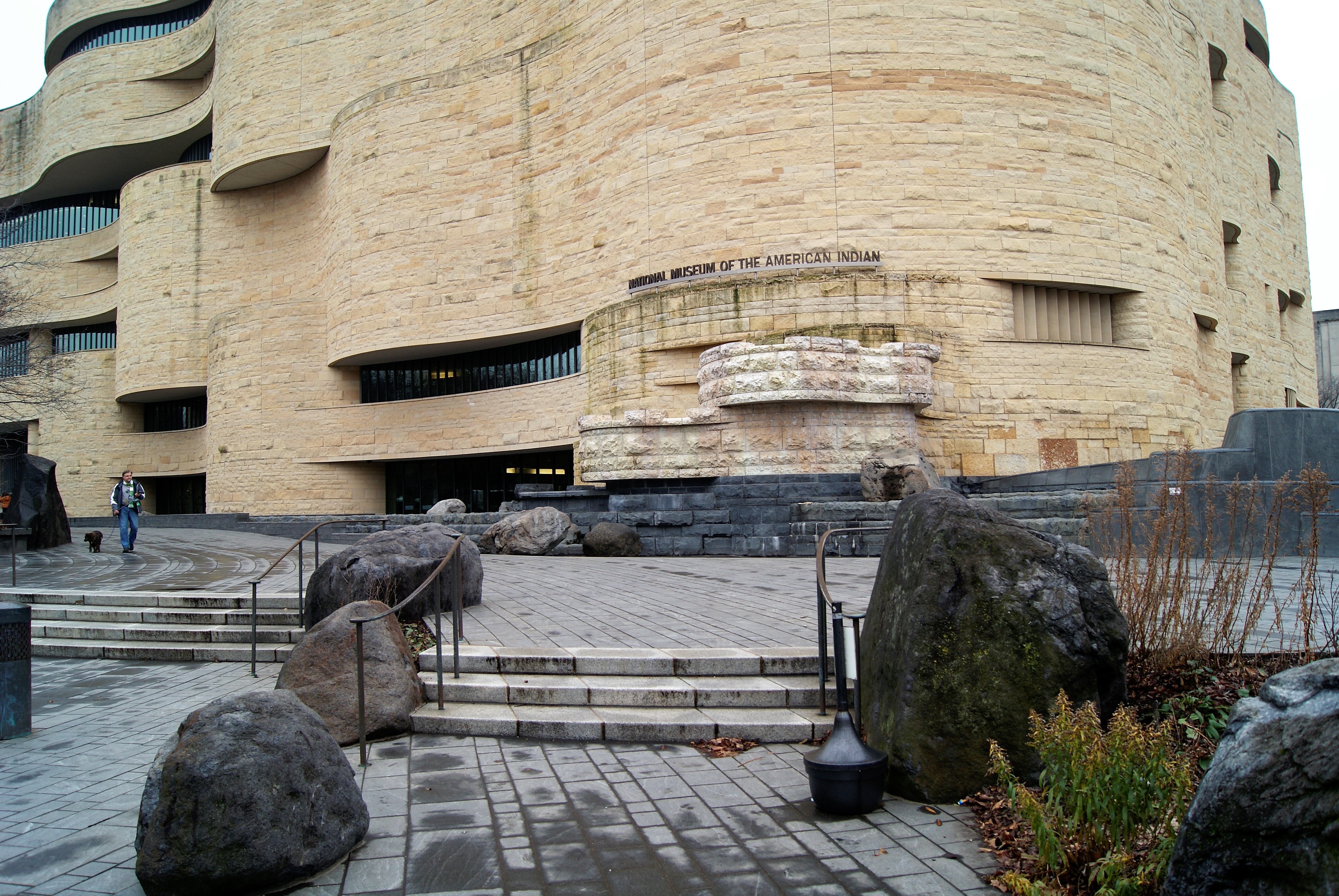 My first sign that something was different was this view of pristine trash cans just outside the museum. Maybe they were still empty because the museum was closed? 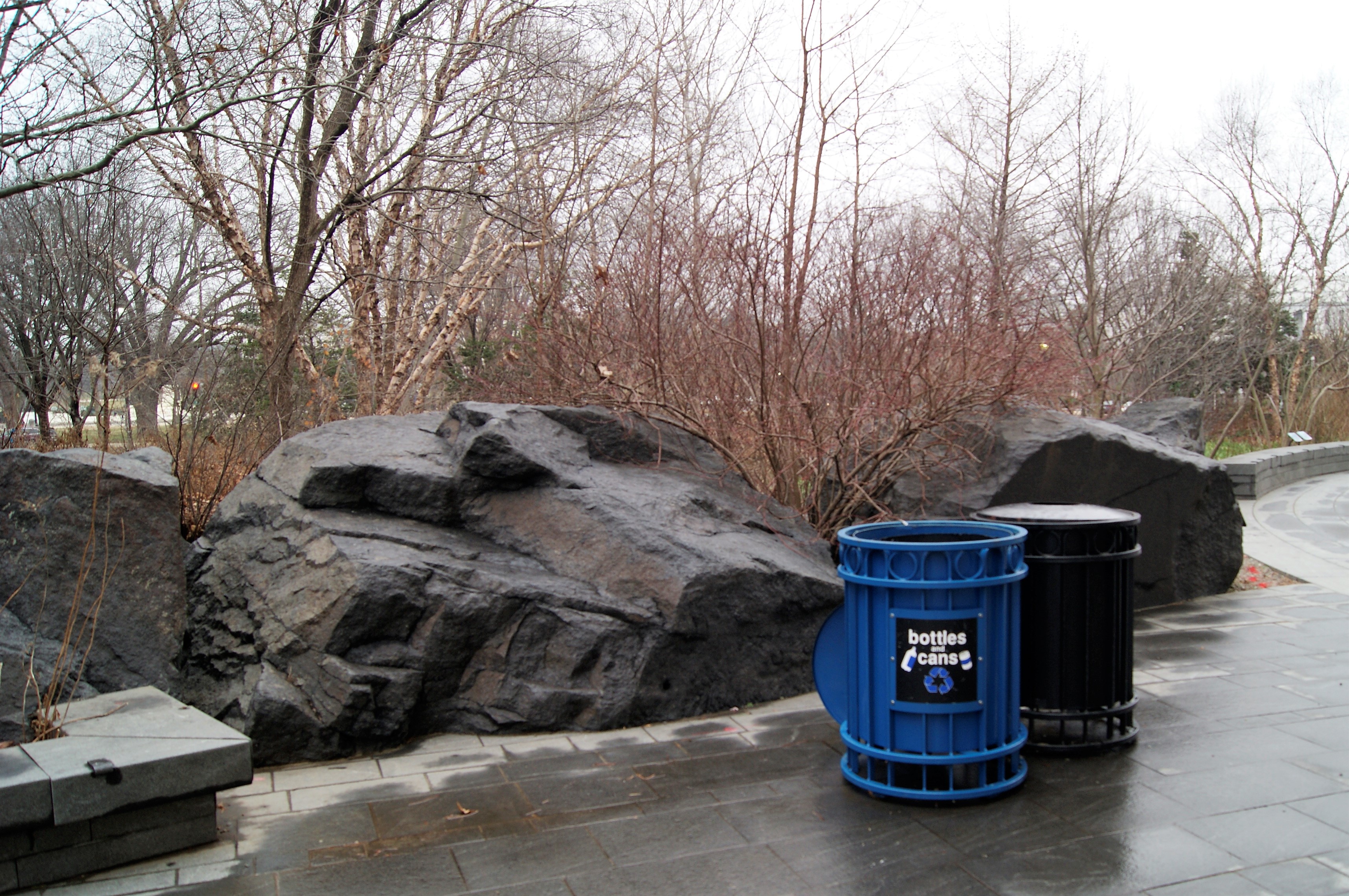 Here's the requisite "closed due to shutdown" sign -- the first of this outing. 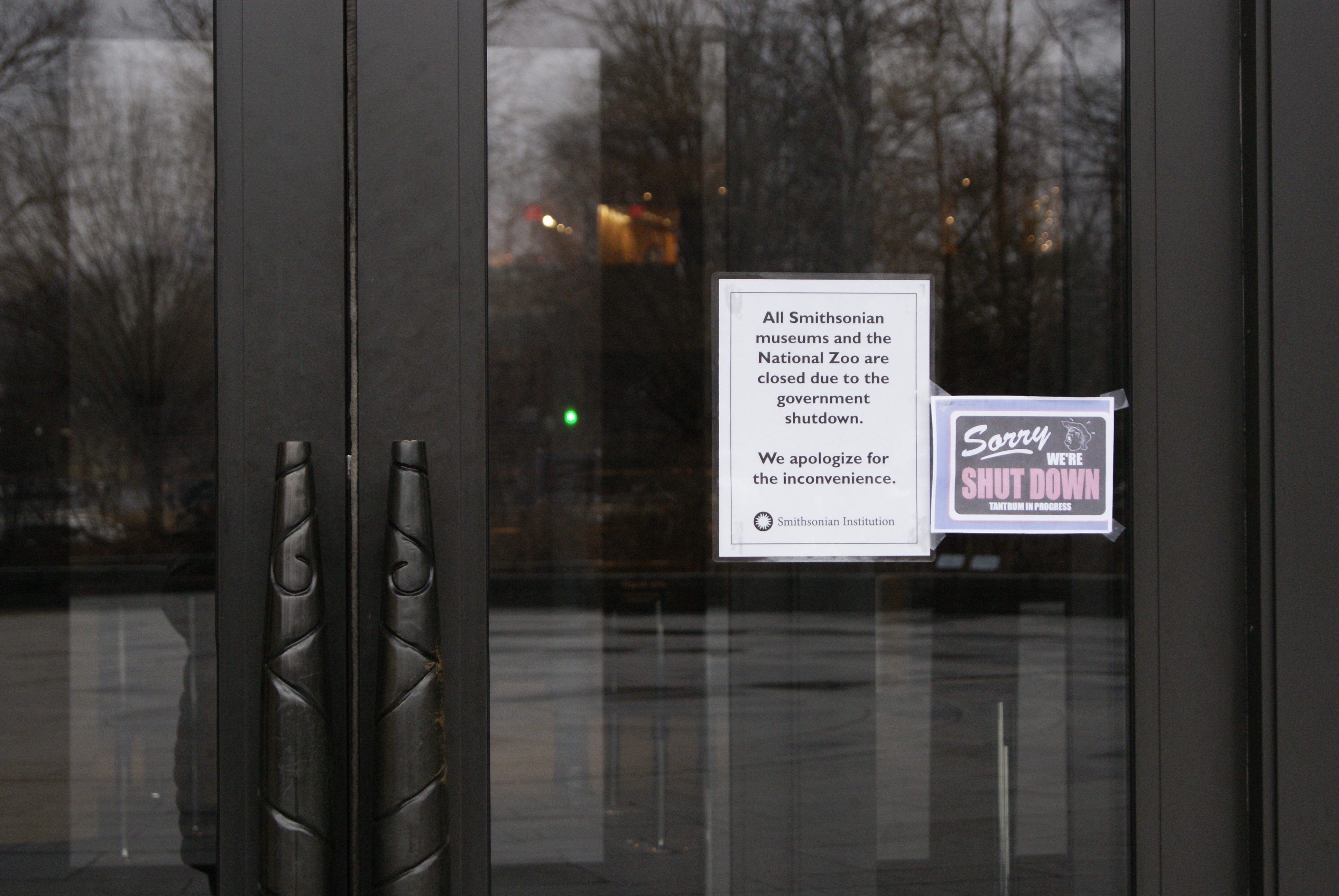 Next, I walked around the side and toward the Capitol. Here's a nice shot through the trees. Notice, once again, all of the open parking spots? 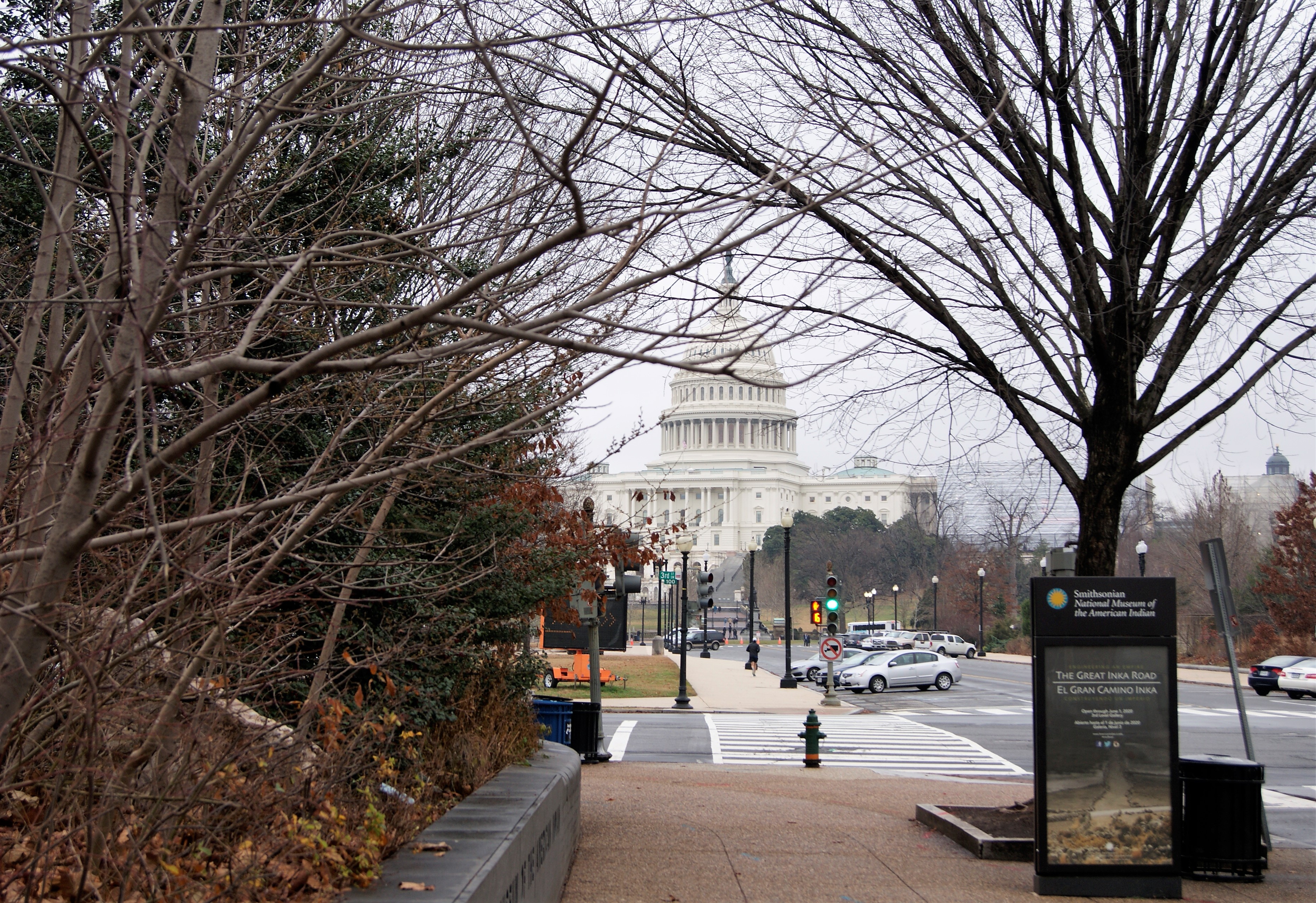 As I kept walking, I saw a cleaning crew picking up garbage in the distance. Intrigued, I headed over to see who they were. 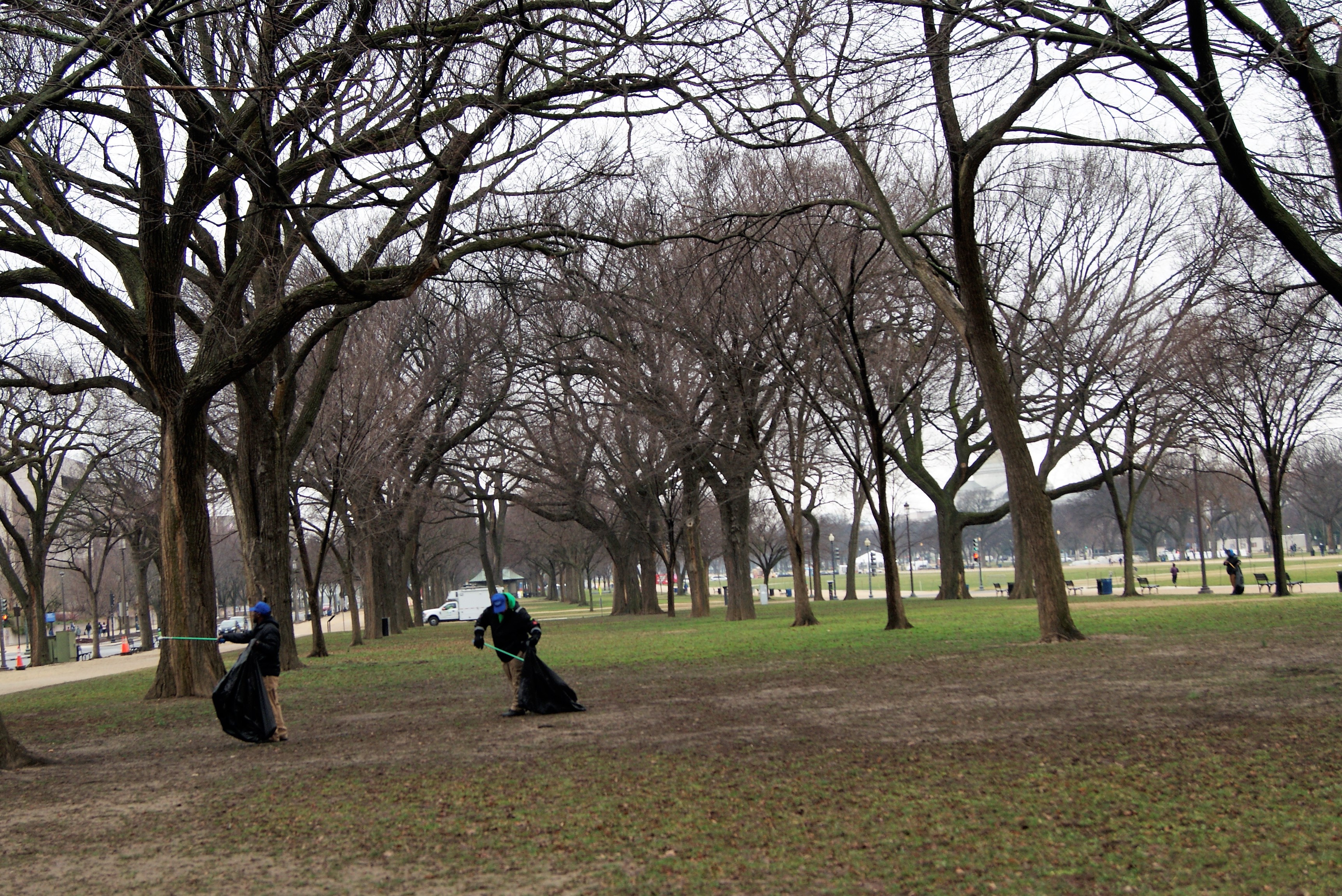 Turns out, they were there with the Anacostia Business Improvement District. Due to all of the garbage building up along the National Mall, local groups like the BID were coming together to clean up the city. I was sent to their crew chief for the day, Kristina Noell, the Executive Director of the Anacostia BID, and she was gracious enough to give me an interview. 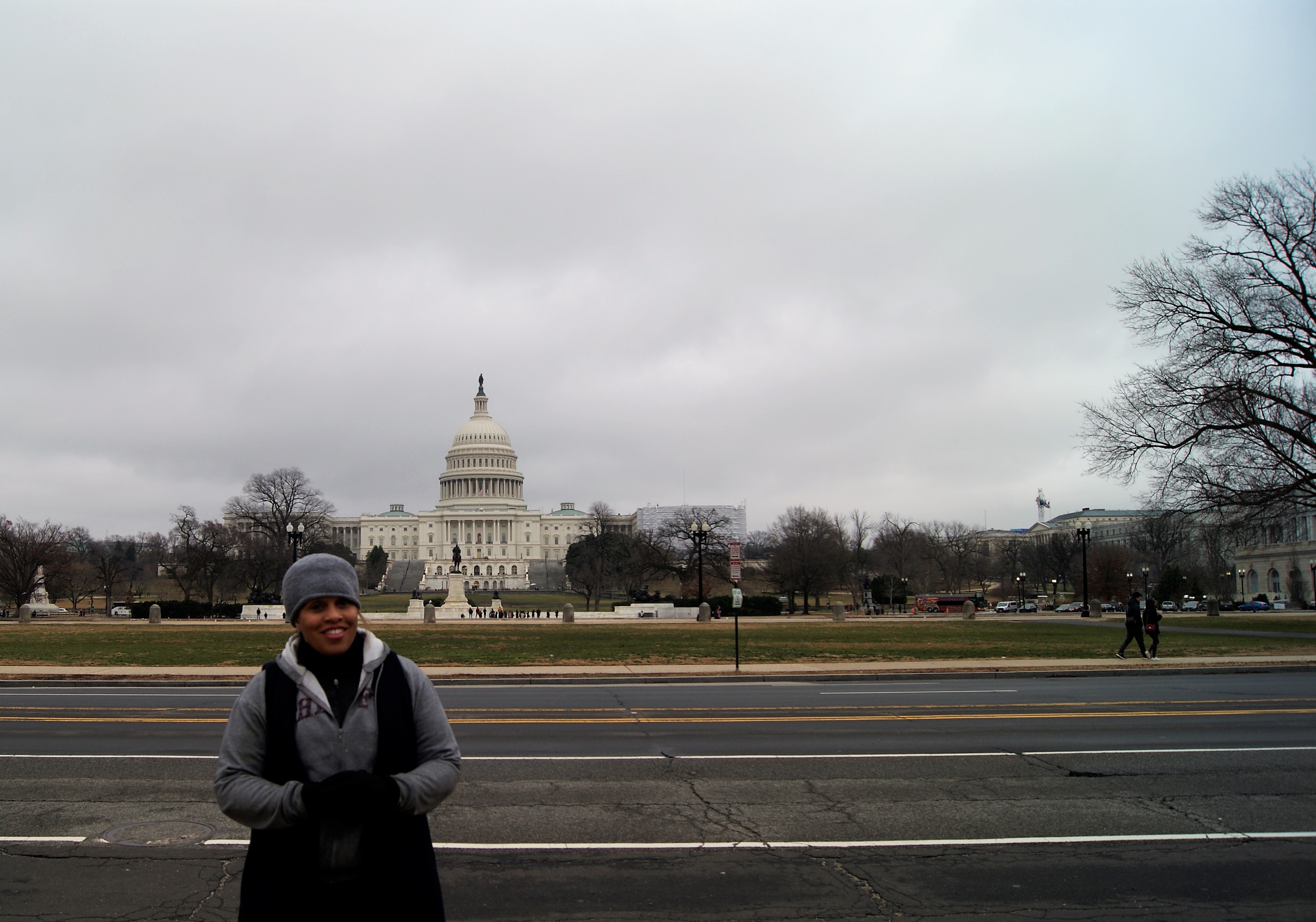 My next stop was the National Gallery of Art. Easily one of the most-visited of the museums, it was very eerie to see it completely empty except for the three white signs announcing its closure. 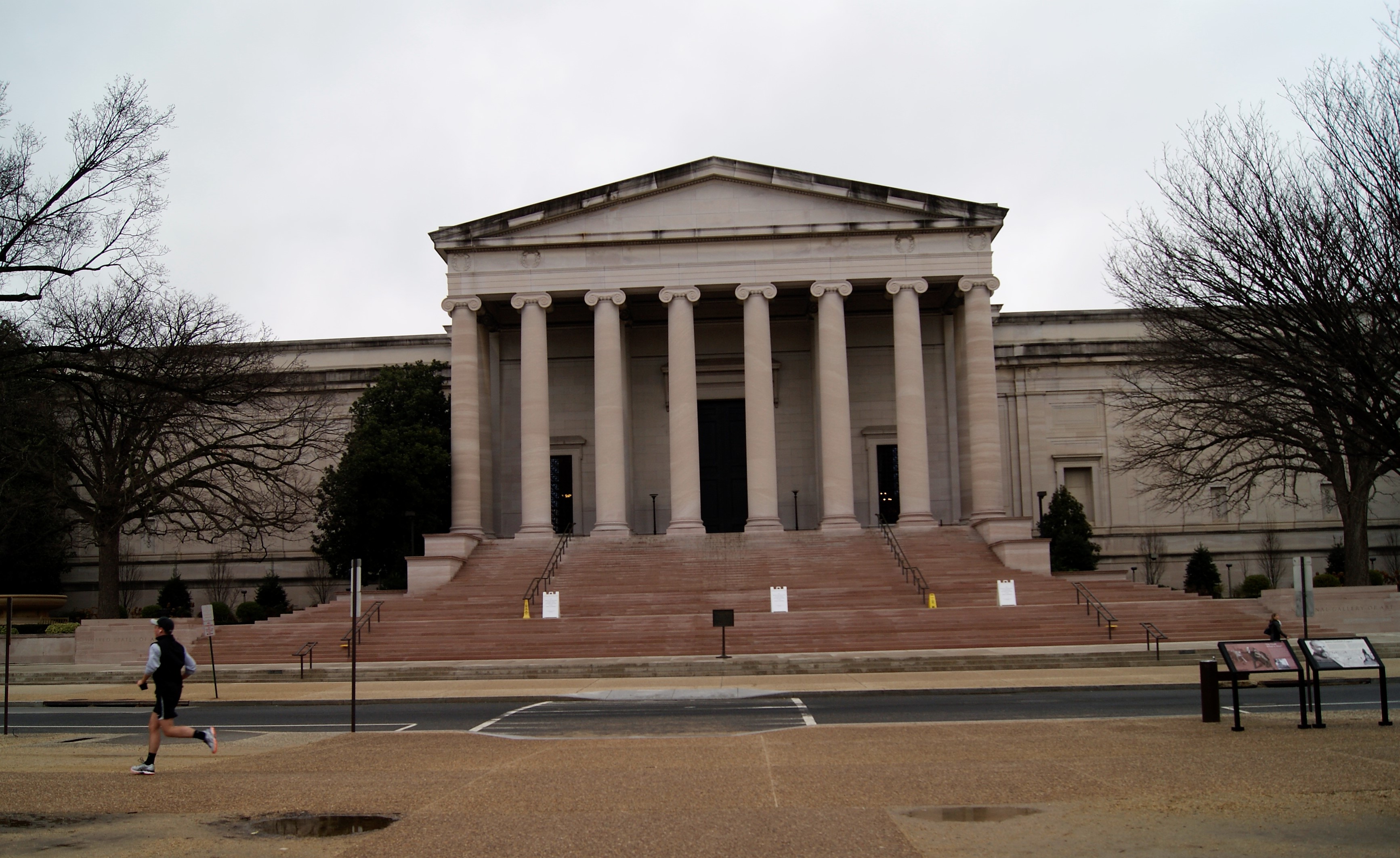 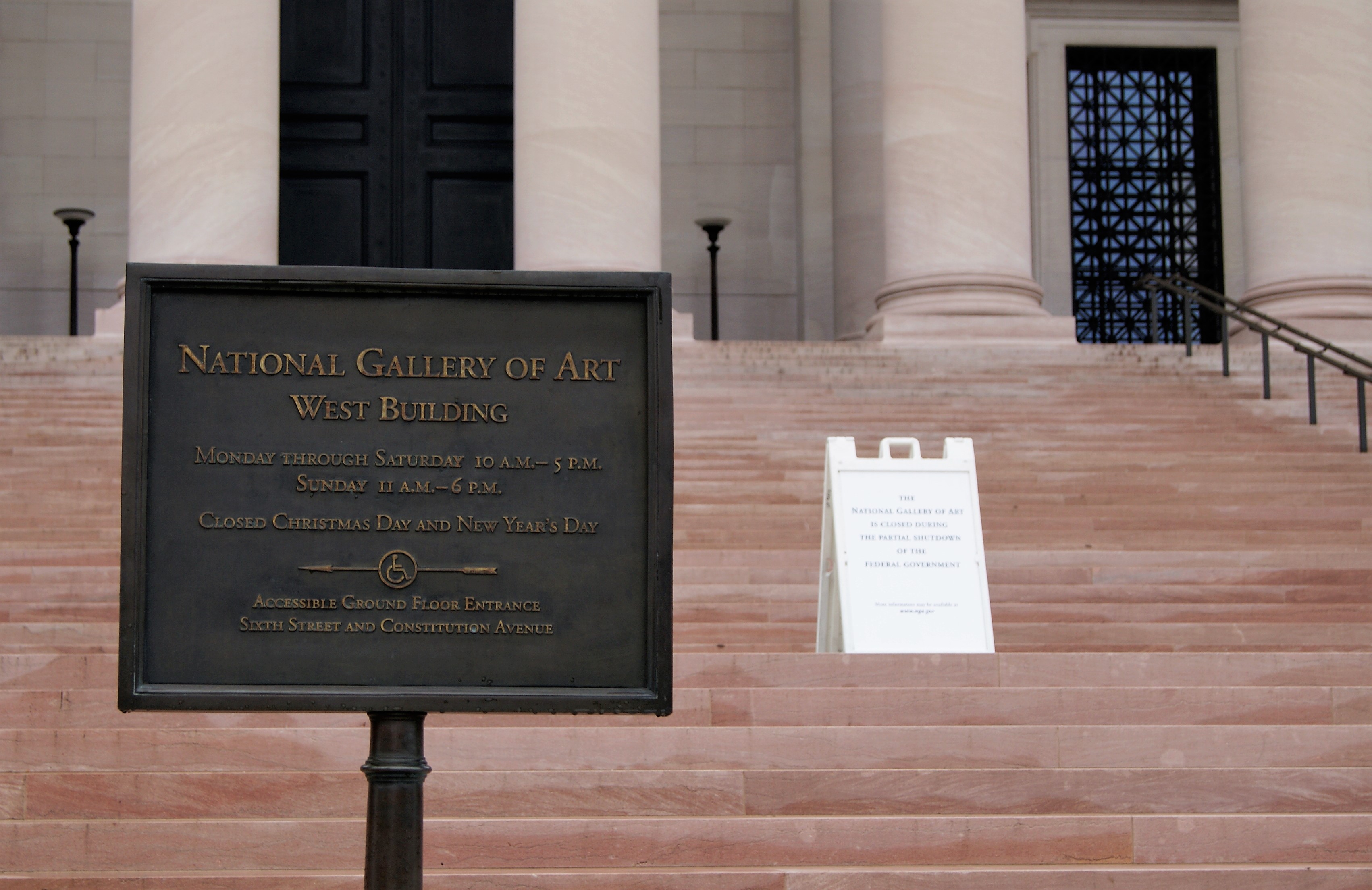 Off in the distance was a line of food trucks. It was almost lunchtime at this point, but no one was lined up for any of their delicious food. The lack of tourist foot traffic will certainly have an effect on the local street vendors. 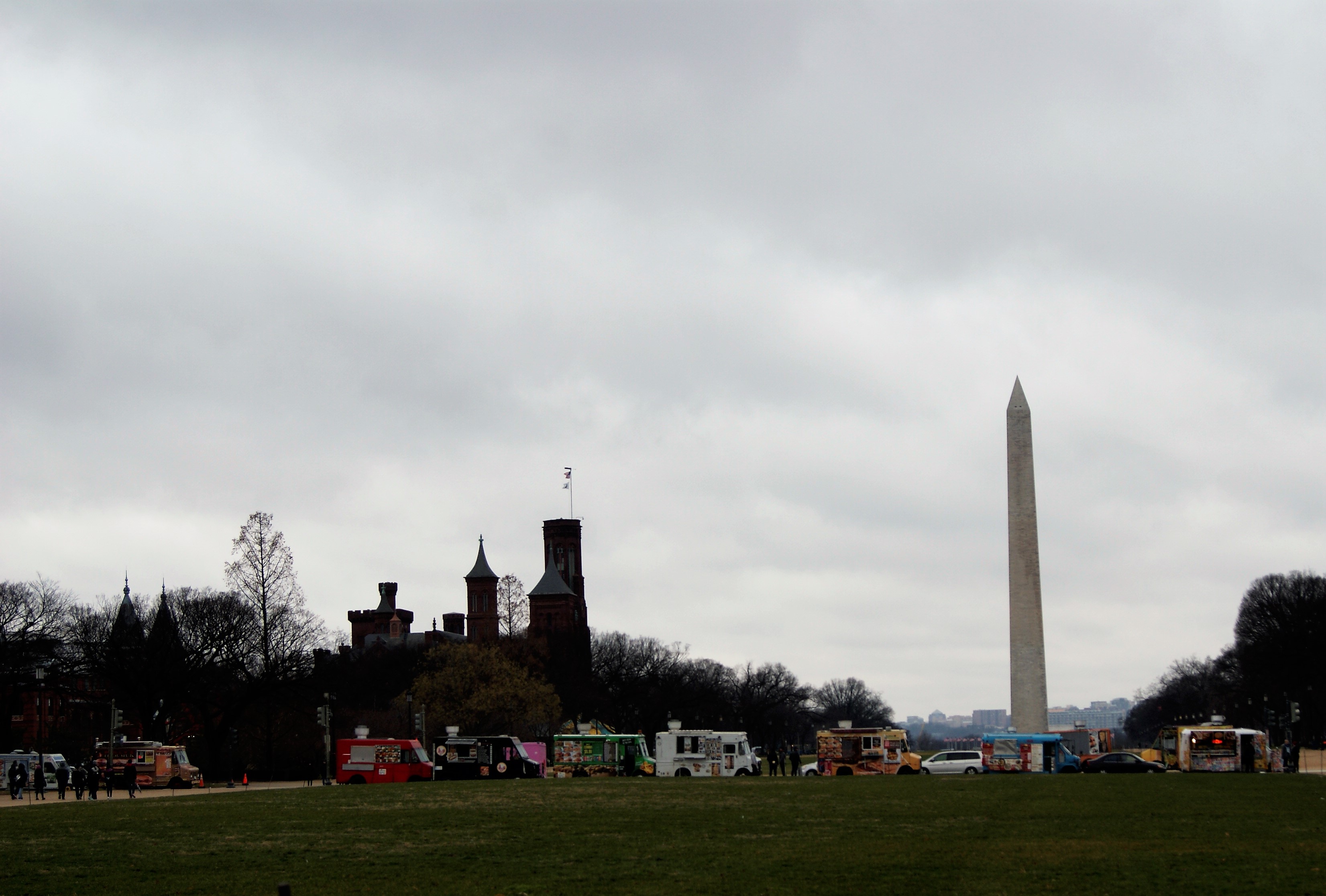 As I rounded yet another block, the last museum I came upon was the National Air and Space Museum. Here, a group of tourists was peering in through the darkened glass, trying to see if anyone was around to answer questions. 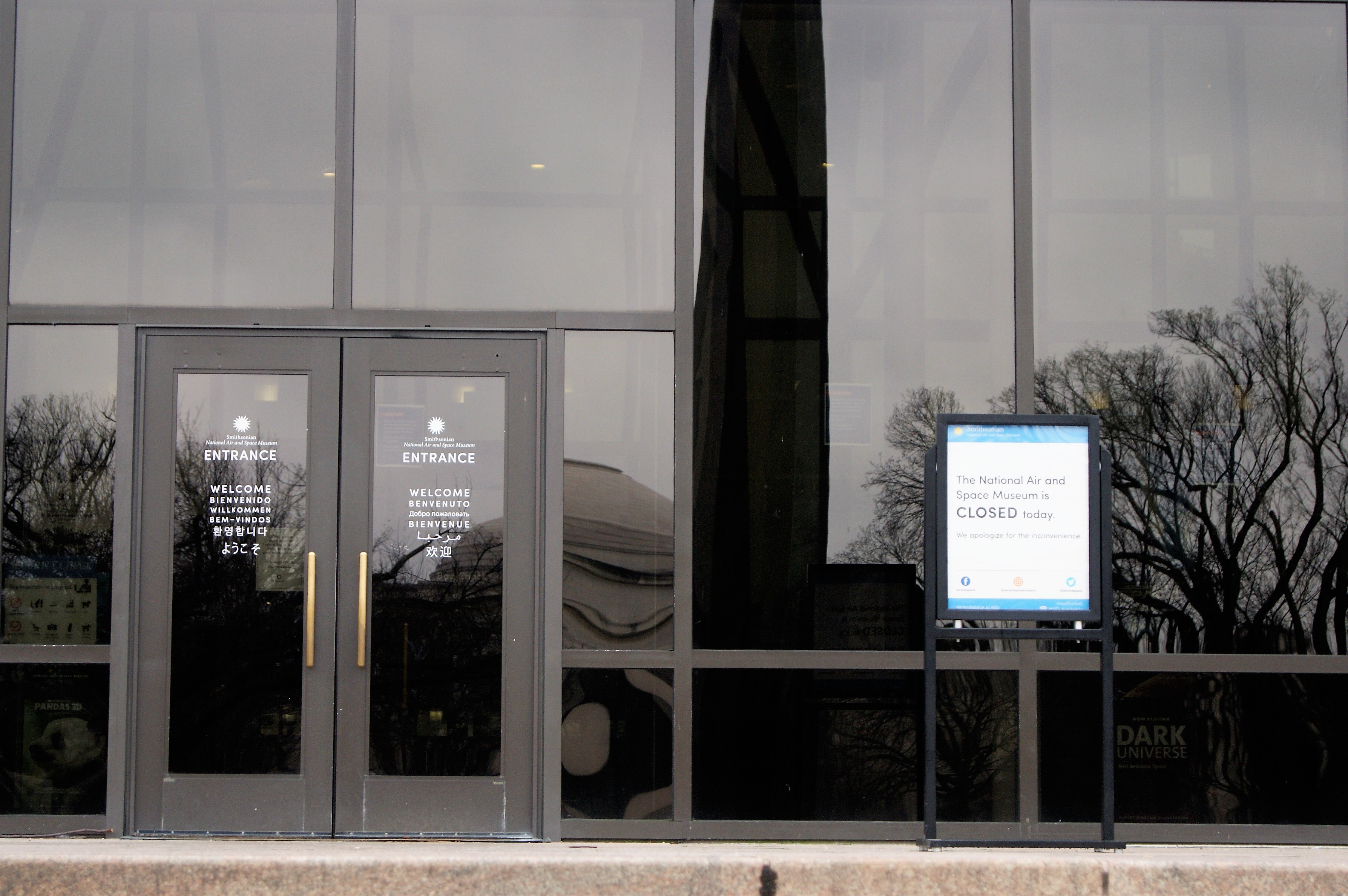 Almost two hours after I'd arrived, just before noon, the Mall still looked like a ghost town. The only people around were small groups of confused tourists and locals jogging or walking their dogs. If you hate crowds but love taking photos in the city, this is a great time for you to go. There's plenty of parking, and the food trucks can certainly use the business. 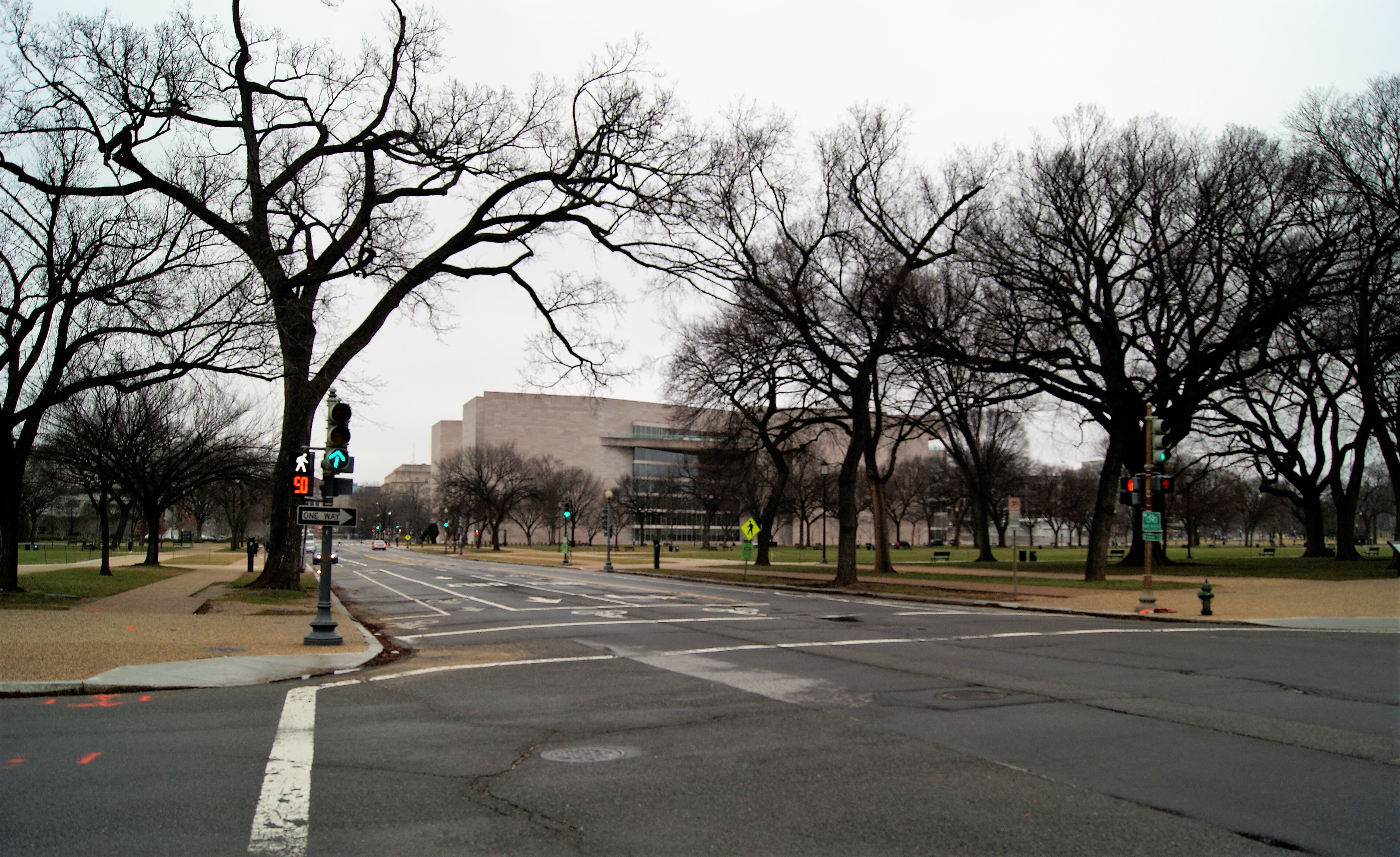 **All photos in this article are by Sarina Petrocelly.

Have you been out to the National Mall lately? What are your thoughts? Let us know in the comments below.

Here's one thing we can still do during the shutdown: EAT! D.C. Restaurant Week starts January 14.