REVIEW: 'Beetlejuice' Is a Madcap Romp for Fans of the Classic

REVIEW: 'Beetlejuice' Is a Madcap Romp for Fans of the Classic

From start to finish, "Beetlejuice the Musical" is a feast for the eyes.

The new musical production of Beetlejuice playing at the National Theatre may not be the delight for the whole family that many were hoping for. Its marketing campaign clearly states that the show is explicit and may not be suitable for children. However, director Alex Timbers has created something special for all the grownups who enjoyed the movie all those years ago. From start to finish, the show is a feast for the eyes. Designed by Hamilton’s uber-talented David Korins, the set is fun, funky and gorgeous from top to bottom.

The same off-kilter point of view used so well in the movie is brought into the set in new and exciting ways. The main setting is Adam and Barbara’s antique-filled home. At the start, the home is full of warmth. However, (spoiler alert for anyone who hasn’t seen the movie!) after their untimely death and over the course of two and a half hours, the home takes on multiple personalities -- from modern-masterpiece to an undead’s favorite wreck. In addition to the delights of seamless home renovations, the audience is treated to a stark underworld and a creative take on an added view of the home from the roof. Korins and his team completely outdo themselves. The production is worth a re-watch solely to take in all of the details that may have been missed upon first viewing. 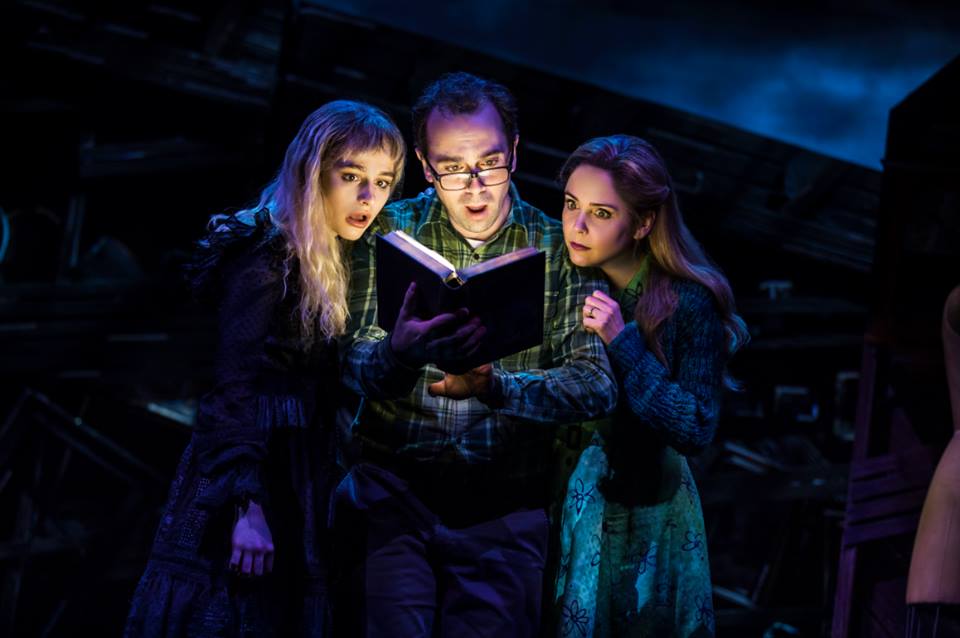 That off-kilter sense of macabre follows through in the costuming as well. The beloved black-and-white striped suit still exists, however, what William Ivey Long’s team has created is another sight to behold. While I don’t want to spoil the surprises, I will say the crazy and campy cast of characters that live in this world are enormously fun and beautifully designed. The same black, white, and neon color scheme so well used in the movie carries through here, too, giving the production a dizzying feel. Using some theatre magic, Ivey Long’s team in conjunction with puppet designer Michael Curry creates a brilliantly designed group of skeletons that appear halfway through the second act. I’m not going to give away the magic, but you may never look at skeletons the same way again, thanks to creative costuming and a madcap dance number.

While the look and feel of the production is everything I wanted, I’m still not entirely sure how I feel about the sound. Alex Brightman – most known for his work in School of Rock – is spot-on as the undead ghoul. His Beetlejuice is narcissistic, raunchy, and sort of terrible in the best way possible. He routinely addresses the audience and makes lewd comments. I’m fairly certain Michael Keaton would be proud of the spin on his much-loved character. Playing opposite him is the delightful Sophia Anne Caruso as the “strange and unusual” Lydia. She’s a scene-stealer for sure. Her quirkiness and delight at playing this character shows through in each scene, and her solos steal the show. Caruso has a beautiful voice, which helps to carry most of the story.

Playing the vanilla Maitlands are actors well-known in the theatre community, Rob McClure and Kerry Butler. They’ve both been delights in many shows on and off Broadway, and that’s still the case here. McClure plays the nerdy but kind Adam with heart and lots of laughs, while Butler brings sweetness and depth to Barbara. In this instance, the Maitlands are given a back-story that allows them to empathize with Lydia. It seems to be a lot to handle in the middle of a campy musical, but McClure and Butler tackle these moments beautifully. 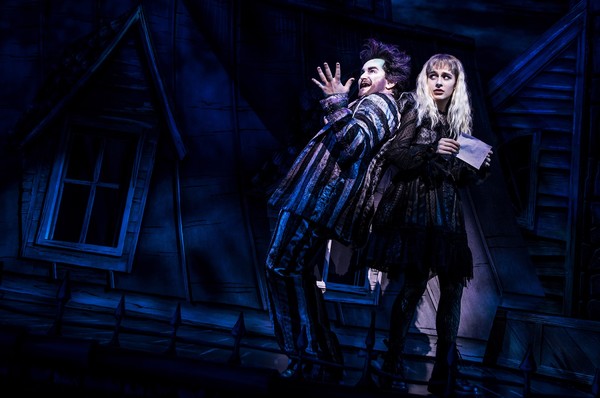 While the acting is superb, the spectacle is gorgeous, and the story a classic, I’m still not sold on the songs themselves. From the moment they announced the show, it was billed as explicit. However, I feel the explicit jokes in songs and text are just going for shock value, nothing more. In some cases, it works, and in others -- in this new world we’re living in -- not so much. Though I found myself laughing quite a bit, at other points throughout the show, I did cringe at some of the tone-deafness in the piece.

Long story short, if you liked the original movie, you’ll definitely enjoy this new production. It has everything that made the movie fun, with some new creativity thrown into the mix. It’s fun, macabre, and off-kilter, but thanks to the work of a fantastic cast and creative team, it works. And it will leave you laughing long after the curtain has come down.

*Beetlejuice plays the National Theatre in Washington, D.C., through November 17, 2018. In early 2019, it will also be opening on Broadway.

Have you seen Beetlejuice the Musical? What did you think? Tell us in the comments below!

Want details on seeing "Beetlejuice the Musical" at the National Theatre? We've got you covered right here.