Once home to a Colorado governor, the Peabody-Whitehead Mansion's most loyal tenants aren't among the living.

This historical landmark must be a realtor’s worst nightmare. Sitting at 11th and Grant, the Peabody-Whitehead Mansion has a haunted history dating back to the 19th century. That may explain why it has taken on and lost so many tenants in the almost 130 years it’s been standing.

While the identity of the spirits in the home are not entirely known, their presence most definitely is. 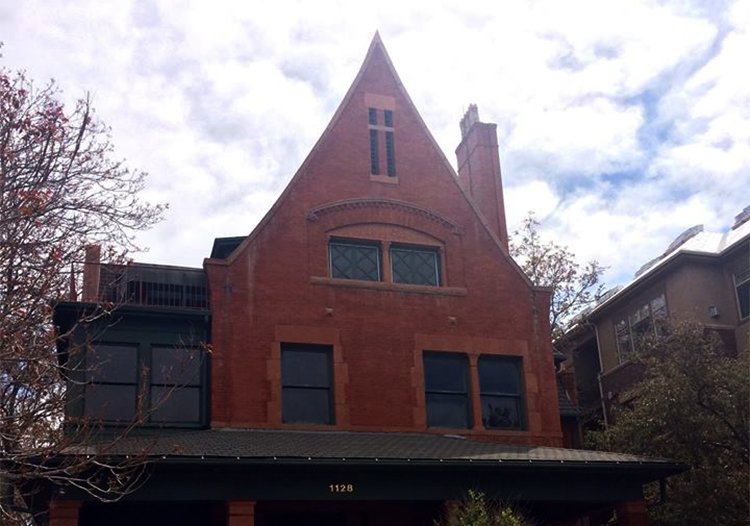 The mansion in 2017. Courtesy of Historic Denver.

The stately manor was designed and built in 1889 by famed Denver architect Frank Edbrooke, who also built the Brown Palace and Oxford Hotel, both of which are reportedly haunted. The Queen Ann-style mansion was first home to William Riddick Whitehead, a surgeon in the Crimean War and the American Civil Wars. While considered good at his craft, the times and the injuries he treated often left many of his patients dead on the operating table.

The good doctor and his home were said to have been haunted by his past, with he himself claiming to see apparitions of those he couldn’t save. Whitehead fell ill and died shortly after in the mansion in 1902. Did he ever find peace? Or does he remain in the home among those he could not save?

A year after Whitehead’s death, then Colorado Governor James Peabody rented out the mansion for two years. To say his tenure was turbulent would be an understatement. Declaring martial law on striking miners, he made many a powerful enemy and left him with blood on his hands. While the mansion remained relatively quiet during his tenure, Peabody’s life did not. There were two unsuccessful attempts to assassinate him, including a planted bomb on the curb near the home and a planned shooting by Harry Orchard, a suspected henchman for the Western Federation of Miners, who had left many dead in his wake.

Something Sinister This Way Comes

The mansion really started to get noticed for its otherworldly activity in the 1950s, when it was converted into a restaurant/nightclub. It’s said that construction can stir up the supernatural, and the renovation must really have unearthed something.

Reports of breaking glasses and unseen forces propelling forks and knives around the kitchen began to surface. That continued into the ‘60s and ‘70s as new bars and eateries tried their hand at taming the beast. Food flying off shelves and flickering chandeliers that weren’t connected to electricity were not uncommon sights, and the cries of a baby were heard by workers and patrons, alike.

A realty office was located in the mansion in the mid-2000s, and employees admitted to noticing unusual events such as mysteriously falling books, numbers repeatedly appearing by themselves on a calculator in a locked office, and finding randomly disheveled paperwork.

There appears to have been about three apparitions that have been seen on a semi-regular basis.

According to a local historian, a new bride hung herself on the property on her wedding day. Today, Eloise (or Elsa), calls the second floor her haunting grounds. In what must have been the most awkward shock ever, women reported seeing an older man in the first-floor women's bathroom smoking a strong cherry-scented pipe. The basement is said to be home to the spirit of a woman who tragically hanged herself there.

The house has drawn much attention over the years, being name-dropped on a majority of Denver media’s most haunted of the haunted articles. The Travel Channel’s Ghost Adventures show came to investigate the mansion and a possible murder that may have occurred in the 1970s. Now, take the show for what you will (just another ghost-bro show or semi-valid paranormal investigation? I leave that up to you), but you can see some of the episode here, where various members of the group appear to have spooky experiences.

While most of the eerie experiences over the years appear to be fairly harmless, such as the ringing of disconnected service bells and phones, more malevolent happenings have occurred. A cook was said to have had a bottle of beer poured down his shirt, construction workers have been shoved off ladders and black masses, sometimes referred to as shadow people, have been witnessed. 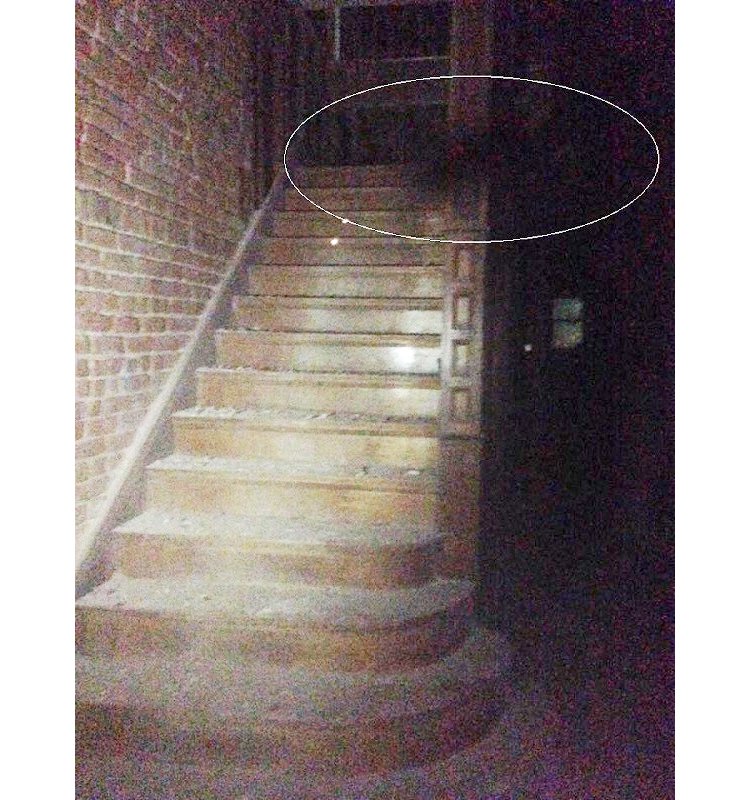 Bad lighting or a mysterious shadow form? This photo was taken from the porch of the Peabody-Whitehead Mansion during a haunted history tour. The pic was taken in poor conditions by a cell phone. The interior was very dark (so we lightened the photo a bit), but if you look at the circled area, there is something dark creeping over the railing (or is there? You decide!)

From Disrepair to Denver's Boom

In recent years, the mansion had fallen into disrepair. I can first-hand attest to its condition, stopping by on a ghost tour a couple of years ago. The interior was covered in dust and debris, from what I could see from the windows, and the stately porch was strewn with used needles and garbage. The atmosphere around the property certainly had an overall stomach-turning feel that wasn’t entirely due to its decrepit state, however.

In an interesting turn of events, it was purchased and is being renovated and upgraded, possibly into condos. Hopefully, this once-beautiful mansion will be restored to its former glory, and best of luck to any new tenant who moves in. Your new housemates are eager to meet you.

Interested in more? Check out our miniseries on Colorado's urban legends and myths: Part I and Part II.