The Insider's Guide to the Great American Beer Festival

The Insider's Guide to the Great American Beer Festival

Eat, drink, be merry, and make sure to follow my advice.

The Great American Beer Festival, America's ... um, greatest beer festival is coming up later in September. As a former beer-pouring volunteer, I know everything there's to know about the event, well, except for how to navigate the inside of the convention center without getting lost. So, I'm here to deliver the "lowdown" or "skinny" on how to act right and have the best possible time at the maltiest event of the year.

Don't Get Too Drunk

This might seem counterintuitive, but I assure you it is not. You are not necessarily at the Great American Beer Festival to get drunk. You are there to drink fancy beer. As any discerning drinker knows, the drunker you get, the less you can taste the fancy beer. You can get drunk at lots of places, like bars and your house, without having to buy a ticket. You did buy a ticket, so stay sober enough to properly savor the fancy beer. Plus, the event ends at 10 p.m. so you have plenty of time to get to a bar and get however drunk you want before everything closes.

The nature of the GABF is that it's very easy to let your sobriety level get away from you. Many of the beers are high ABV special brews that are only brought out for this specific event, and those guys add up. A one-ounce pour isn't that much, but once you drink like 50 of them, you will start feeling some type of way.

So, drink a lower ABV beer once in a while, drink plenty of water, and remember to eat. Do these, and you will have a good time and not end up puking in a trash can as hundreds of beer nerds laugh at you and applaud. 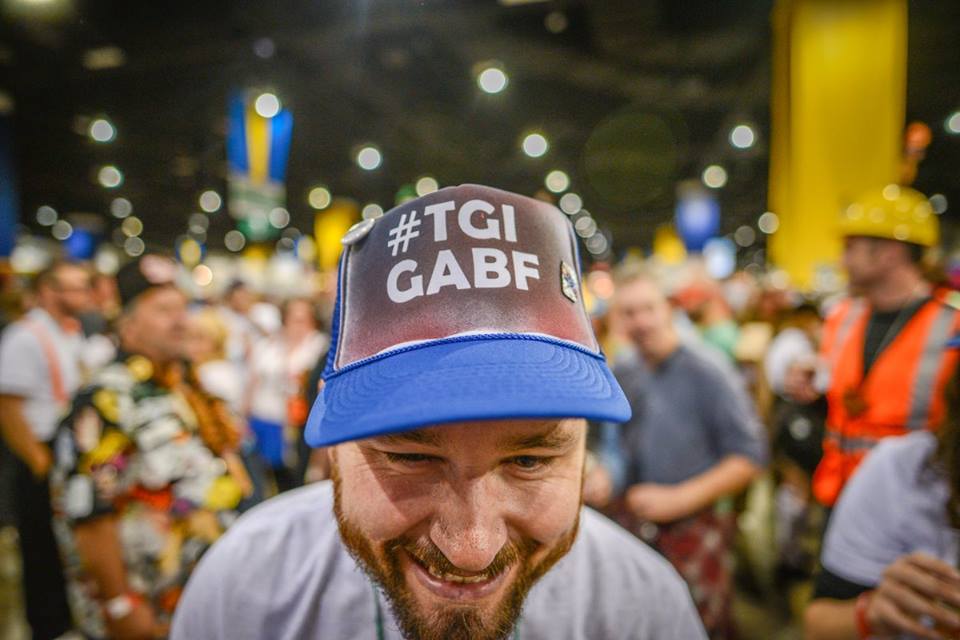 What I mean by "get merch" is "get merch ... for free." Do not pay for merch. Get all the stickers and keychains and buttons you can.

Last year, I got a Deschutes Brewery hat. For free. I saw a guy walk up to the secondary Deschutes booth and ask if they had any hats. They were not displaying hats at the booth, but this dude just walked up and asked. And it worked! They gave him a hat. I waited for him to walk away before I went up to the booth and asked for a hat for myself. And they gave me one! I still have it. Get merch.

Have a Rough Plan

One of the best things about the GABF is discovering new and delightful beers and breweries. To that end, sometimes just go up to a random booth and see what happens! You might end up with a new favorite brewery, a hidden gem!

Samuel Adams Utopia is the greatest beer in the universe. Utopia is the light and the salvation. Quite literally, a utopia for your taste buds. Sam Adams only pours Utopia at certain times during the festival (these times will be announced beforehand, just walk by the Sam Adams booth and take a gander at the chalkboard), so you'll need to be prepared. About 15 minutes before they start pouring Utopia, sidle over to Sam Adams and get in line.

Go to the Dogfish Head Booth

Dogfish Head's owner likes to hang out at his booth and pour beers for people, and y'all, he is a celebrity here. People want his autograph and selfies and the like. He's like Elvis but for people who know a lot about the different types of hops. 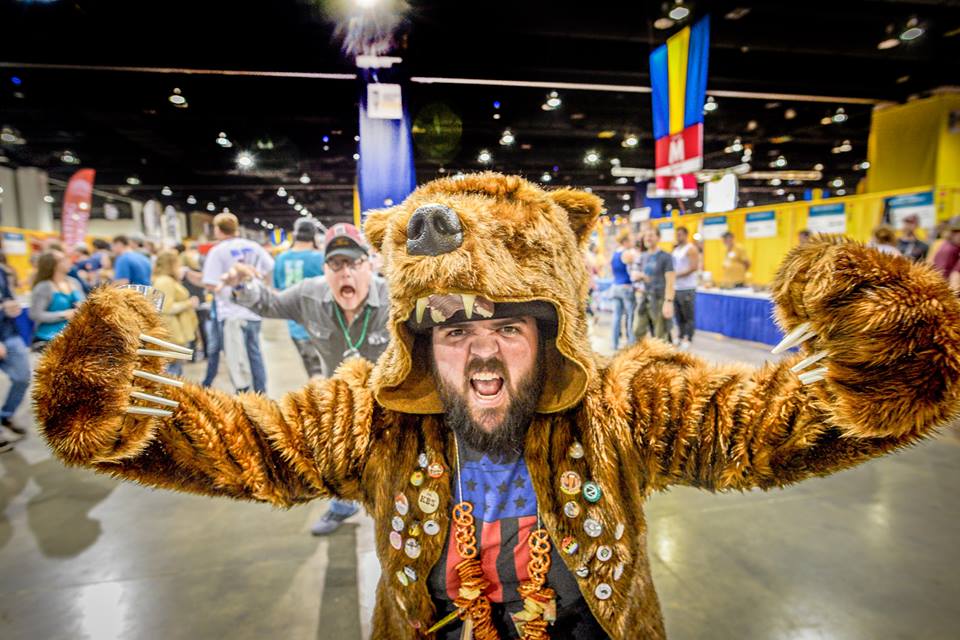 This may or may not be the angry man in a bear costume ... | Courtesy of Great American Beer Festival (Facebook)

I am truly sorry for spilling beer on you, angry man in a bear costume. I hope you can forgive me someday.

And there you go! Any questions? Concerns? Drop a comment below, and we'll see you at the Great American Beer Festival, Sept. 20-22!

Ring in the Roaring 2020s Right: 5 Tips and Tricks to Elevate Your Cocktail Game