Praise be: Elisabeth Moss, star of the Emmy-winning drama The Handmaid's Tale, discussed filming the show's third season in Washington, D.C., at the SXSW Conference and Festival on Sunday. In a packed room in Austin Convention Center, Moss spoke with musician Brandi Carlile on her experience filming scenes from the show's upcoming season at some of the nation's most celebrated monuments. 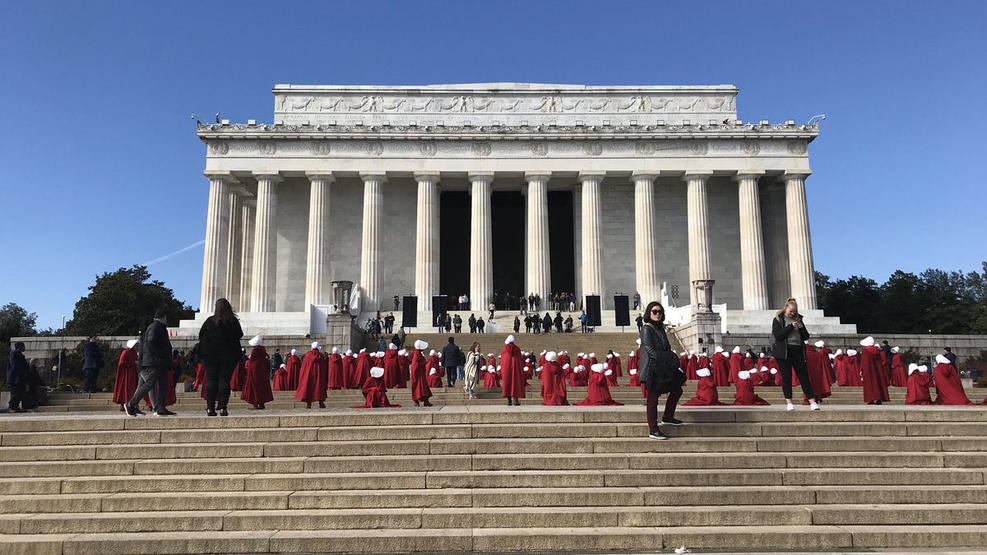 “We were at the Lincoln Memorial — at the monument,” Moss said. “And it’s this incredible place; these structures and statues … have been built to honor what our country was founded on.”

She also described the feeling of kneeling at the spot where Martin Luther King, Jr. gave his "I Have a Dream" speech, saying "you cannot help but be incredibly moved by that."

You may recall last month seeing "handmaids" flood the National Mall in person. Stretching from Lincoln Memorial to the Washington Monument, the handmaids are shown kneeling in neat rows while Offred, played by Moss, kneels between co-stars Joseph Fiennes and Yvonne Strahovski at the top of the stairs. With their blood-red robes and crisp white bonnets, it's a startling image to witness anywhere, much less at the nation's capital. 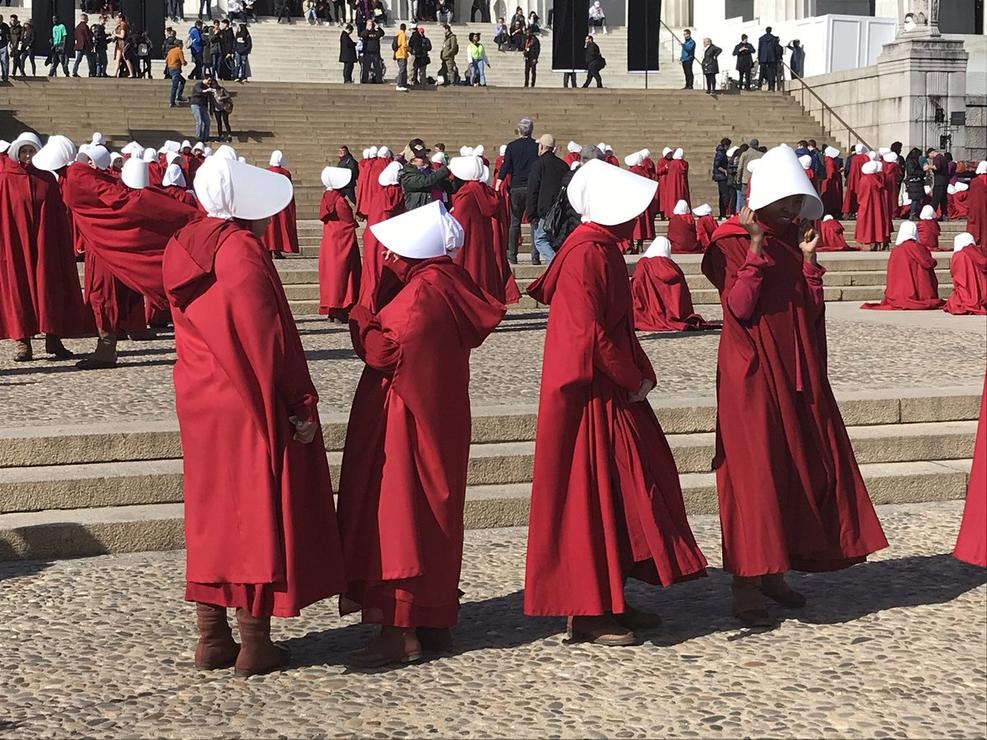 The show is based on the 1985 novel by Margaret Atwood and portrays a dystopian society in the former United States, where women are deprived of basic human rights. Under the brutal regime Gilead, fertile women are made into handmaids and forced to bear children for their male superiors. The show has received massive critical acclaim, winning eight Emmy Awards in 2017, including one for Outstanding Drama Series.

On the topic of its grim subject matter, Moss is upfront on the importance of staying informed and remaining vigilant in uncertain times.

"If you can’t watch a TV show we’re making about it, how are you going to be able to confront and look at what’s actually happening around you in your country and this world?”

Season 3 of The Handmaid's Tale will premiere June 5, 2019, on Hulu. Watch the trailer here.

Looking forward to a return of The Handmaid's Tale? Have any predictions for the upcoming season? Tell us your thoughts in the comments below.

Captain America paid a visit to D.C. as well. Check out the full story here!