For over 40 years, The Folger Consort has been providing music and entertainment in conjunction with the Folger Shakespeare Library.

Established by Robert Eisenstein and Christopher Kendall in 1977, the early music ensemble-in-residence performs music from the medieval, Renaissance, and Baroque periods and has, over the years, received awards for its unique collaborations and performances.

This Christmas season, the Folger Consort will be presenting A Christmas Messe: A Banquet of Seasonal English Music. The concerts (December 14–23, 2018) will be performed in Folger’s beautiful and festively decorated Elizabethan theatre and will include seasonal pieces, along with Latin carols from medieval England and choral works by William Byrd. The Consort will also play traditional English carols. The arrangements will be historically-informed for early instruments. 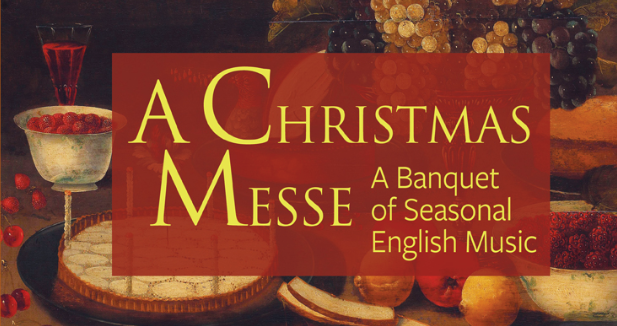 In addition to the musical performance, veteran actor Rich Foucheux will perform scenes from the 1619 manuscript of A Christmas Messe. The seemingly food-themed story depicts a showdown between King Beef and King Brawn. Additional food-centric characters include Salt, Bread, Queen Mincepie, Vinegar, and Belly.

Opening night is set for December 14, continuing through December 23 at Folger’s Elizabethan Theatre. Tickets start at $25 for partial view and $52 for full-view. Discounts are available for students, senior citizens, military, educators, and groups.

Have you been to the Downtown Christmas Market? You're going to want to make it a holiday tradition.