Who will win the Iron Throne? Apparently, it's Starbucks. 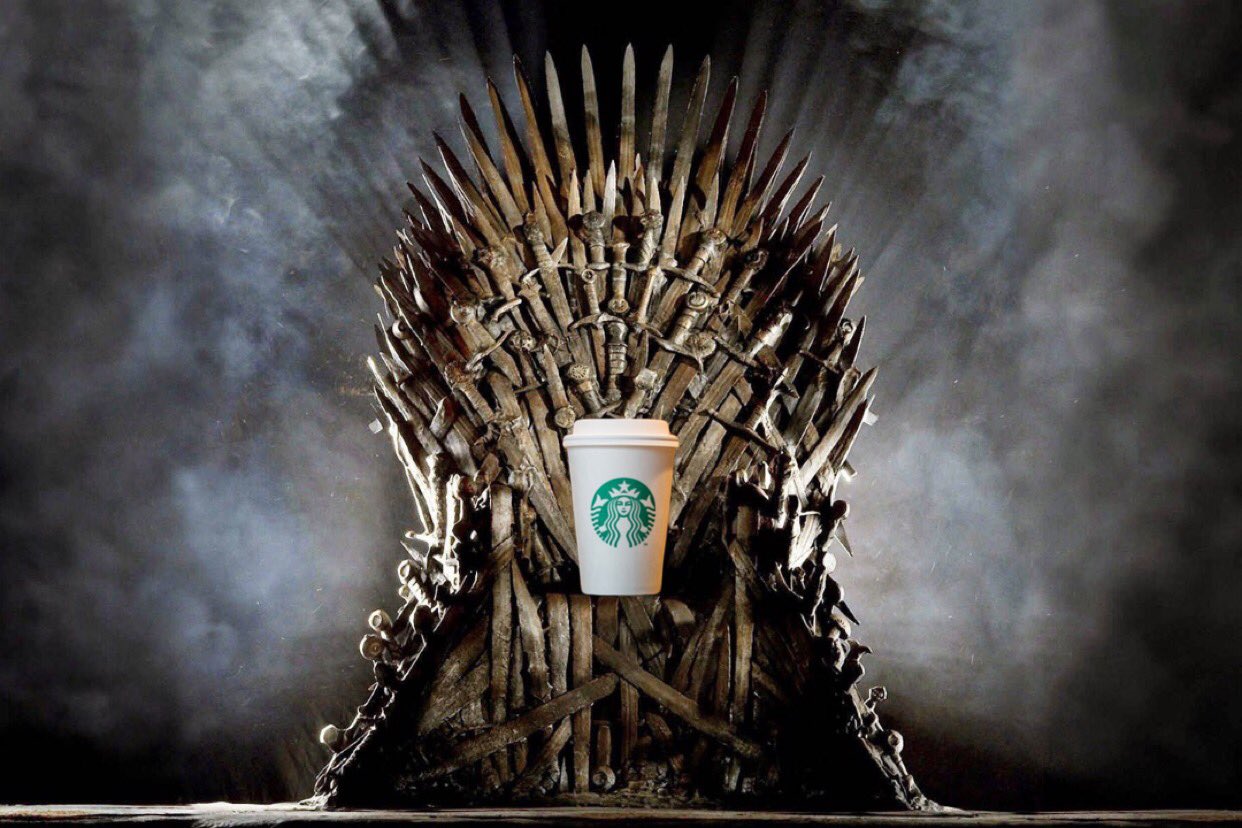 Feels good to be Queen.

Were you one of the eagle ... er ... raven-eyed viewers who spotted the modern mistake in this season's fourth episode of Game of Thrones? If you did, you aren't alone: a Starbucks-esque cup was hanging out within reach of Daenerys, who was scowling at accolades being heaped on Jon Snow.

my favorite show in the entire world forgot a STARBUCKS COFFEE CUP ON THE TABLE WHILE FILMING pic.twitter.com/60z3pOCfg9

Everyone had a great laugh at the "accidental" product placement.

Even Winterfell has a Starbucks in every corner, it seems. While HBO has apologized and made light of the debacle, confirming the cup was not from Starbucks, the coffee queen has firmly taken the advertising crown anyway.

The latte that appeared in the episode was a mistake. #Daenerys had ordered an herbal tea. pic.twitter.com/ypowxGgQRl

A recent CNBC report estimates that Starbucks has received around $2.3 billion in free advertising from the gaffe. Stacy Jones, chief executive officer of marketing company Hollywood Branded, told CNBC that PR subscription service Critical Mention counted 10,627 mentions of Starbucks and Game of Thrones online, TV, and radio around the world. Not too shabby for a company that literally did what Bran did in the Battle for Winterfell: nothing.

What really takes the throne, though, are the reactions that have come out of this whole thing. 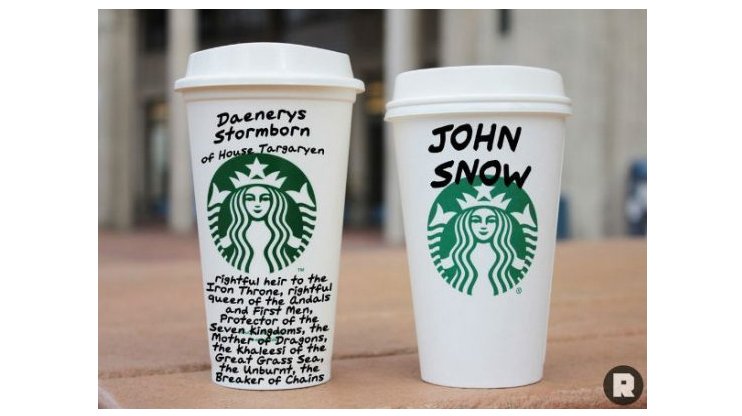 You know nothing ... about spelling, Jon Snow. Courtesy of https://sayingimages.com.

Daenerys Stormborn of House Targaryen, the First of Her Name, Queen of the Andals and the First Men, Protector of the Seven Kingdoms, the Mother of Dragons, the Khaleesi of the Great Grass Sea, the Unburnt, the Breaker of Chains, and Drinker of Pumpkin Spice pic.twitter.com/BOPdolRhXz

HBO has since deleted the cup from the scene, so you won't see it in playbacks. But maybe it was an easter egg dropped on purpose. I'm a fan of Tyrion, but are the GoT producers trying to tell us that someone else will sit at, literally, the "right hand" of the dragon queen? Perhaps Ser Starbucks of the House Latte, Lord of the Light Roast? Who knows, anything can happen in the Seven Kingdoms.