Haven’t we all missed the off-the-wall and weirdly wonderful world of chickens, cows, and ladies with beehive hairdos? I sure have, and this is some of the best news I’ve heard in a while.

Gary Larson, creator of "The Far Side," has just debuted the first Far Side cartoon since retiring 25 years ago. The Far Side website has a section called the New Stuff. That’s where you’ll find his, well, new stuff.

The newest full-color (which in itself is a bit of a new thing, as his previous cartoons were predominately black and white) single-panel is of a Frankenstein-inspired cow. How very appropriate to start it off with a cow. The other new panels involve bears and Cub Scouts, aliens discussing “probe and release,” and a play on words with taxi and taxidermist. 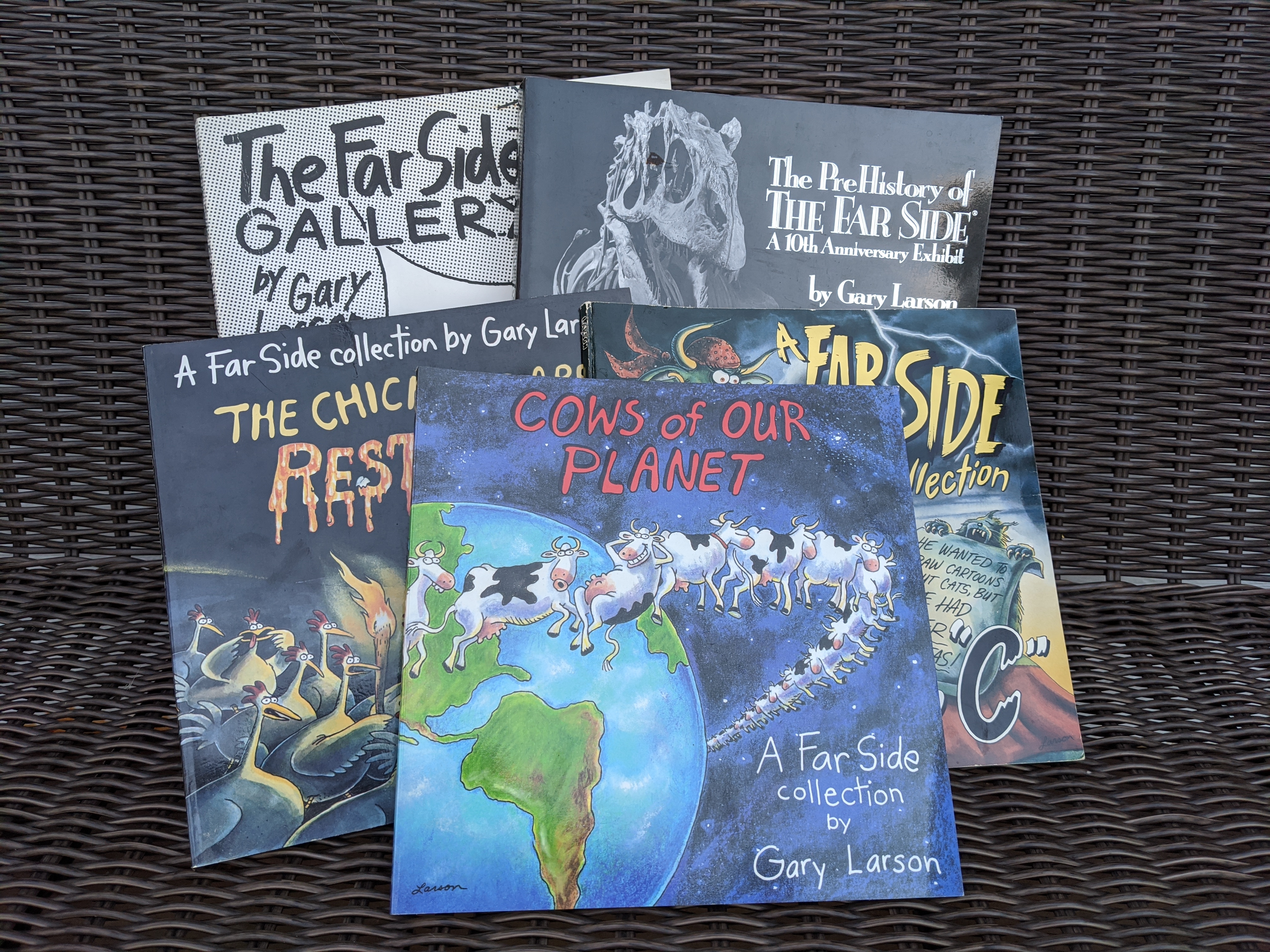 On the website, Larson shared that he’s discovered the joys of digital art. He plans to continue periodically sharing new artwork, but states that this “New Side” isn’t a reincarnation of the daily cartoons that appeared from 1980 through 1995.

The Far Side was always highly visual, often not even needing a caption (or very little of one) to “get” the joke. The addition of color gives it a modern spin while retaining the unique humor of the originals.

Will you be stalking the New Side to get a dose of oddball humor? Do you have a favorite Far Side cartoon or character? Let us know in the comments.