Even 60 years ago, Star Trek was pretty spot-on when it comes to modern-day technology.

Who doesn’t love science fiction? (I’m genuinely asking, by the way—if you’re not a fan, please tell me why.)

I grew up watching Star Trek with my parents. My dad enjoyed the original series when it first aired and always loved watching the re-runs on channels like TVLand. I also grew up with the internet and during a decade when many a technological advancement was being conceived (shout-out to my fellow '90s kids!).

For some reason, though, I never really grasped just how much influence Star Trek—and many other works of science fiction—has had on technology and science in the modern world. When you see the following examples, though, it will seem pretty obvious.

Computers are so commonplace these days that, for some, it’s hard to imagine or remember a time without them. Computers have been around much longer than we think, too. Technically speaking, computers already existed when Star Trek first aired in the 1960s—they just took up entire rooms and looked like this: 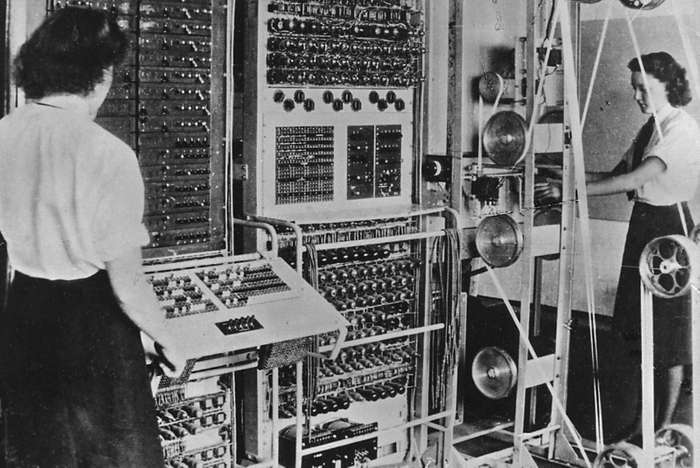 On the Enterprise, computers looked more like what would become the modern desktop model—complete with thin squares of data files which look very much like floppy disks! 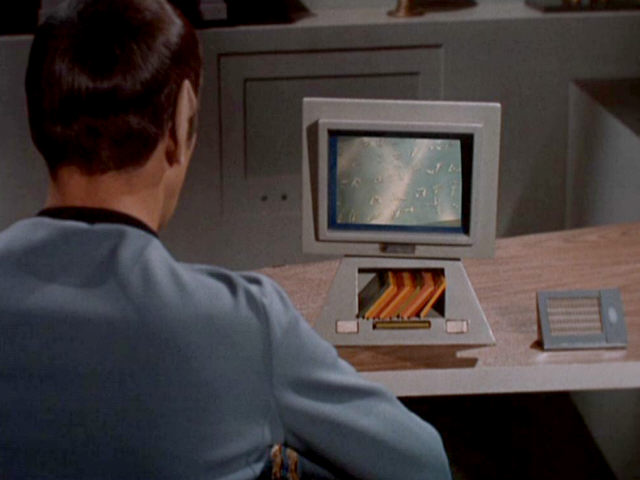 One of the most unique features of the Enterprise computer was the way that the crew interacted with it—through what we call a conversational interface. Voiced by Majel Barrett (wife of late Star Trek creator Gene Roddenberry), the Enterprise computer spoke search results and received commands given verbally. This may have been just an easier way to evoke the human-machine interaction for the screen, but nevertheless it paved the way for a huge technological marvel: artificial intelligence.

You use Alexa, don’t you? Google Home? Siri for Apple? If yes, then you’ve used a conversational interface. Which means you’re pretty close to being a crewmember on the Enterprise! Congratulations! Even though these systems are new to the scene, conversational interfaces as a concept were first talked about in the same decade that Star Trek first aired!

Computers weren’t the only machines inspired by Star Trek. When a crewmember was injured (or a Red Shirt character miraculously survived an away mission with a serious wound), they were sent to the ship’s Sick Bay. Medical examinations by Dr. McCoy typically consisted of the patient being scanned by a small light-up device resembling a handheld microscope. If the injury or illness was severe enough, the patient was put under this apparatus: 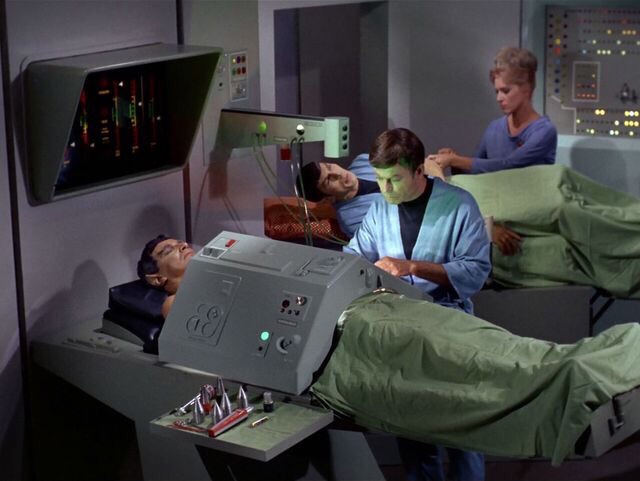 Look familiar? It should. Around the same time that Star Trek first aired, tech developers as Siemens and General Electric were working on something very similar: early versions of MRI machines and ultrasounds. Gene Roddenberry had inadvertently predicted the future with this sci-fi show gadget (and all the aforementioned ones)!

Ask a scientist you know if the show influenced their work or desire to become a scientist—they’ll probably say yes!

It wasn’t only the original Star Trek that had this much impact. As I said, I’m a '90s kid, so my journey aboard the Enterprise was with the crew of Star Trek: The Next Generation. This continuing installment had its own technological innovations to draw from—and if you’re interested in hearing about it, fear not! This is only the tip of the iceberg. Many other works of science fiction predicted the future and influenced modern technology. I’ll be talking about several in upcoming articles, so stay tuned!

Did you or a family member watch the original Star Trek? Were there any technologies that I missed? Let me know in the comments below!