Twitch is still king, and Mixer is dead.

Interactive live-streaming is a colossal part of the modern entertainment landscape. On average, the lead live-streaming platform Twitch has 1.44 million viewers at any one time. Game-streaming platforms are where esports come home to roost—and eSports are expected to surpass all traditional U.S. sports leagues, except the NFL, in views by 2021.

All that is to say, whichever company wins the right to host all this game-streaming is poised to lead a new age of entertainment and make sacks and vaults of money. Currently, and since 2013, the streaming king has been Amazon with its Twitch service. 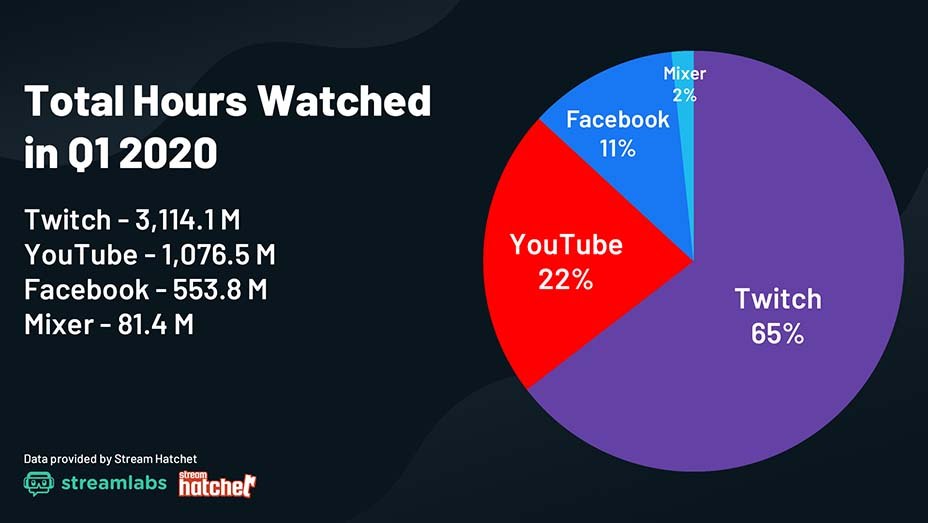 Microsoft had high hopes for their Twitch-killer or at least Twitch competitor, Mixer. The top Twitch streamer, Ninja (real name Tyler Blevins), signed an exclusivity deal to stream on Mixer last August (to the tune of $20-30 million), but it seems even hosting the biggest streamers wasn't enough to break into the game. Mixer is closing on July 22 and plans to move its partners to Facebook Gaming.

Phil Spencer, Microsoft’s head of gaming, explained the move to The Verge:

“We started pretty far behind, in terms of where Mixer’s monthly active viewers were compared to some of the big players out there. I think the Mixer community is really going to benefit from the broad audience that Facebook has through their properties, and the abilities to reach gamers in a very seamless way through the social platform Facebook has.”

Mixer-exclusive streamers like Ninja and Shroud are now free to rejoin Twitch or stream on Facebook Gaming.

The news caught many Mixer broadcasters off-guard. “I found out about this happening literally when I was live,” says PumpkinKitty, who was entertaining hundreds of people live when a viewer broke the news.

The announcement drew tears from Mixer partner Lindsy Wood. “All of the amazing things that Mixer has allowed me to do and participate in, I’m not going to have that anymore. My life feels like it’s shattered,” said Wood.

ConcealedBones, a Mixer and Discord partner, said: “I’m trying to pick up the pieces and move on with some positivity. It sucks. I’m upset, it’s pretty devastating, but it’ll take a couple of days to figure out where I’m going to go.”

“Facebook is archaic,” says Mixer partner DM21Constellation. “Their desire for all the data from their users is absolutely absurd. A lot of people don’t want to have to create a brand new page just so they can chat on a stream. The interface is absolutely terrible. It’s kind of like the same thing when it comes to YouTube, they don’t care about their streaming platform and I really don’t get the feeling Facebook cares about their streaming platform at all.”

For streamers, their livelihood and profession are tied to the platform they broadcast from, which makes these kinds of upheavals devastating.

Do you watch any video game live-streaming on Twitch or elsewhere? What do you think about it as a new media form? Comment and join the discussion!