Put down the blindfolds (seriously, put them down!) and prepare yourself for a wild and mysterious journey to safety! Netflix's Bird Box will chirp you to a dangerous adventure.

When I saw that Netflix had grabbed Sandra Bullock for one of their original films, I jumped for joy and knew I had to watch it. Bullock has impressed me with her acting skills for a decade -- from romantic comedies like Miss Congeniality to more serious roles like in The Blind Side and Gravity. I laughed my butt off watching The Heat (which just so happens to be my favorite role of hers), so I knew a movie with Sandra Bullock just had to be good.

To be honest, however, Netflix's horror movie track record has not been all that impressive, and I wondered if Bird Box would turn out to be another predictable, end-of-the-world movie that I'd "seen before." But I definitely wanted to give it a shot.

As the screen went black and the credits began to roll, I felt unimpressed. Somewhat confused about what I had just watched, I decided to give Bird Box another chance the very next night -- and boy, did that help! The film was definitely better the second time around, but I still felt somewhat unsatisfied.

Sandra Bullock's acting was as top-notch as ever, sending me on a rollercoaster of emotions with her believable performance (she was the only reason I'd opted to watch the movie after all). 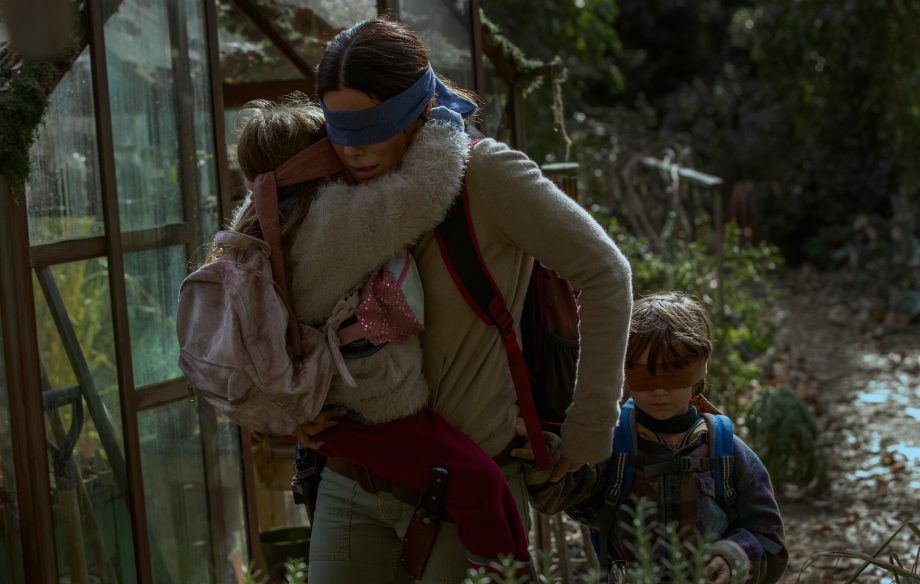 Though Bird Box is simple (You look, you die), there's more to it than just that -- and it sent me for a whirlwind. Here are the elements of the film that I liked and didn't like.

The mystery of the creatures was a quite interesting approach because we were forced to imagine our worst fears, which increased the eeriness of the film. I was frightened by the very possibility of what they were seeing. Some viewers were annoyed with this, but I liked the mysteriousness.

The mother-child relationship was presented in a very strange way that I felt increased the film's overall aesthetic feel. Malorie (Sandra Bullock) would have done anything to protect her kids, and there were several ratifying and touching moments between her and the children even though she was in "end of the world" mode. I personally felt her fears and understood her reasons for cutting off her emotions toward the children, who are feeling lost and confused. Just look at her hold the children in her embrace, above.

The choppy storyline switched from the present to the future -- I actually found this aspect to be confusing and annoying since I had a hard time keeping up. I had to slow down and just watch the film for what it was, asking questions later. I felt it was one of Bird Box's downfalls.

This last element both added and took away from the appeal of a film -- the several unanswered questions. I felt that they left me scratching my head and feeling left out. There were so many unanswered questions (ultimately leaving room for a sequel), and I kept finding myself wanting to know the answers -- that's how filmmakers do it though, right? It left me frustrated.

Overall, I'd give Bird Box a low B.

NOTE: Please refrain from participating in the Bird Box Challenge -- it's extremely dangerous and you could seriously hurt yourself!!

What did you think of Bird Box? Let us know your thoughts and opinions in the comments below.

Check out our review of "Dumplin" -- also on Netflix!