The Irish sitcom has charmed American audiences with its snappy dialogue and over-the-top characters.

Nostalgia is undoubtedly the biggest trend in television right now. You see it on much of Netflix's programming, from the spandexed, big-haired glory of GLOW to Stranger Things' homage to Spielberg-esque adventure stories. Nostalgia is here to stay, and one of the newest additions to their roster is continuing that trend with great results.

Derry Girls premiered on Netflix in December 2018 after premiering on the UK's Channel 4 earlier in the year, and it's already a bonafide hit, becoming the most-watched show in Northern Ireland's history since 2002. With its killer '90s soundtrack and hilarious cast of characters, it's not hard to see why American audiences have fallen for it, too. Five teenagers -- Erin, her cousin Orla, Clare, Michelle, and her male cousin James -- navigate the trials of teendom while their country simultaneously undergoes radical change.

The show takes place in Northern Ireland in the mid-1990s, during a tumultuous period in the country's history known as "The Troubles." Also known as the Northern Ireland Conflict, The Troubles was a political conflict between Irish nationalists and British loyalists, which resulted in vicious bloodshed (Bloody Sunday was a notable event during the Troubles). It came to an end after the signing of the Good Friday Agreement in 1998. 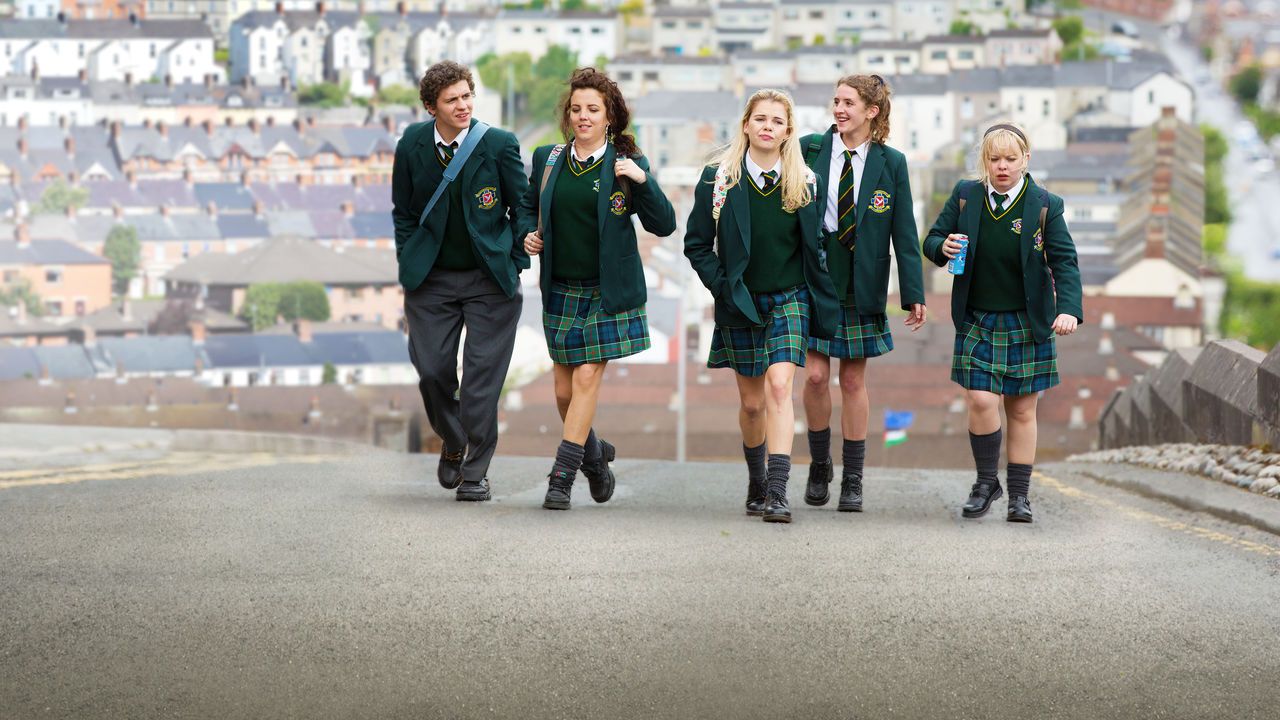 Despite the turmoil that lingers in the background, the show doesn't dwell on it. This is the world the teens are living in, along with experiencing the things that make them teenagers. They go to an all-girls Catholic school (including James), where hijinx is as common as homework. They deal with family squabbles and court the hawk-like glare of stern principal Sister Michael. We see Erin find out from her mother that they don't have a trust fund after another student smugly tells her to dip into hers so she can go on a school trip to France. Most of the time watching will be spent laughing -- the scene with Erin's family squabbling over how many bags of chips to order for takeout is a particular highlight.

The characters are loud, brash, and quick to pounce on each other when there's a problem, usually of their own making. Yet their interactions are genuine, making for some truly heartfelt moments. Tackling dark humor with sincerity can be challenging for any show, but it's this very quality that makes Derry Girls succeed as a very relatable depiction of teenage life.

The series is also highly bingeable, with each of the six episodes clocking in at 30 minutes. Thankfully season two has been confirmed, so it won't be long until we see the Derry gang once again.

Have you watched Derry Girls? And if so, what did you think? Tell us in the comments below.