A musical based around the life of Princess Diana is heading to Netflix. The musical will premiere on the streaming service before it makes its Broadway debut in New York on November 2, 2021. Broadway has reopened to 100% capacity.

A date for Diana: A New Musical to hit Netflix has (finally) been announced. It will hit the streaming service on October 1. 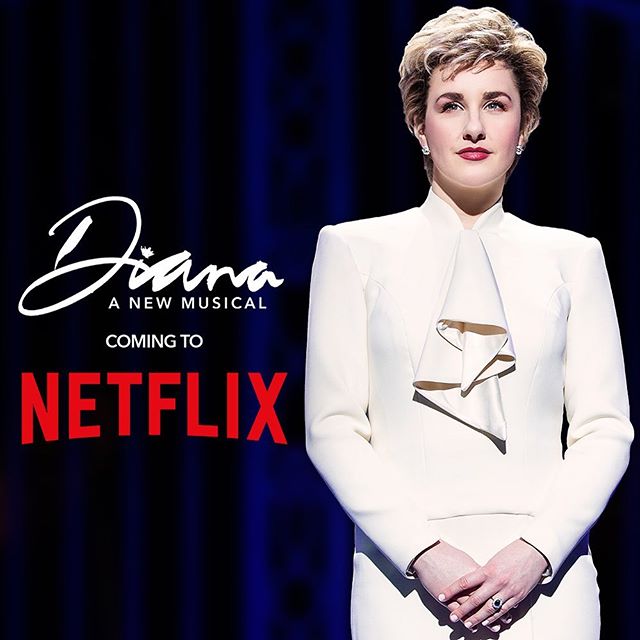 In a joint statement, the Diana producers said, "The chance to share our show, first with Netflix's global audience, and then welcoming a live audience back on Broadway, is something we've all been dreaming about for more than a year. We could not be more thrilled to finally share both the film and the Broadway musical with the world."

This Netflix presentation was directed by Christopher Ashley. It was filmed in 2020 and features the original Broadway cast, led by Jeanna de Waal as "Diana", Roe Hartrampf as "Prince Charles", Erin Davie as "Camilla Parker Bowles", and two-time Tony Award® winner Judy Kaye as "Queen Elizabeth." View the full cast and crew.

Prior to Broadway shutting down its theaters for the remainder of 2020, Diana was going to open to the public on March 31, 2020, after weeks of previews.

After the success of Hamilton on Disney+, we're sure Diana: A New Musical will see similar success.

What do you think of a musical being based on the late Diana Spencer? Personally, I'd love for more musicals to follow this trend. Share your thoughts in the comments below.