Following in the steps of many actors and actresses, "The Simpsons" announced it will no longer cast white actors to play non-white roles.

On Friday, June 26, producers of the longest-running primetime TV show The Simpsons announced they will no longer have white actors voicing non-white characters. This decision came mere hours after Mike Henry, the voice of Cleveland Brown on the hit-animated comedy Family Guy announced he had stepped down from playing the character.

For the three decades that The Simpsons has been running, it has used white actors to portray non-white characters, such as Dr. Julius Hibbert and Apu Nahasapeemapetilon. In 2017, the Indian-American comedian Hari Kondabolu created a documentary called The Problem with Apu and chastised The Simpsons for casting a white actor to play a South Asian role. It showed how South Asians felt about growing up and having Apu as their only source of representation on television.

In January of this year, Hank Azaria, the voice of Apu, announced that he would no longer play the Indian-American character. Azaria also voices Drederick Tatum, who is based on Mike Tyson, Carl Carlson, Officer Lou, and Bumblebee Man.

According to Azaria, the decision to renounce his role was made with everyone onboard.

“We all agreed on it,” he said. “We all feel like it’s the right thing and good about it.”

The Simpsons and Family Guy Aren’t the Only Ones 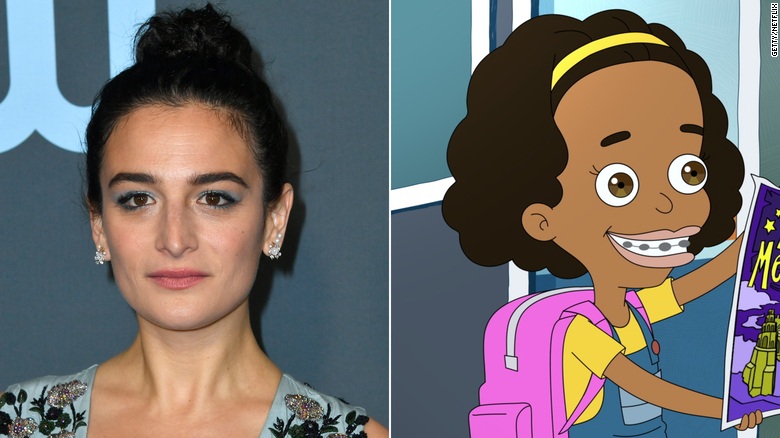 Actors from The Simpsons and Family Guy aren’t the only ones looking to increase diversity and cast persons of color as characters of color. Two days prior to The Simpsons announcement, comedian Jenny Slate stepped down from her role on Big Mouth as mixed-race student Missy Foreman-Greenwald. The actress who is also known for her role in Parks and Recreation said on Twitter, “At the start of the show, I reasoned with myself that it was permissible for me to play ‘Missy’ because her mom is Jewish and White – as am I. But ‘Missy’ is also Black, and Black characters on an animated show should be played by Black people.”

Actress Kristen Bell also announced she is stepping down from her role as a mixed-race character on the Apple TV+ show Central Park. Citing her white privilege, the Frozen star stated, “This is a time to acknowledge our acts of complicity. Here is one of mine. Playing the character of Molly on Central Park shows a lack of awareness of my pervasive privilege. Casting a mixed-race character with a white actress undermines the specificity of the mixed-race and Black American experience. It was wrong and we, on the Central Park team, are pledging to make it right. I am happy to relinquish this role to someone who can give a much more accurate portrayal, and I will commit to learning, growing, and doing my part for equality and inclusion.

Alison Brie, who was cast as the voice of Vietnamese character Diane Nguyen on Bojack Horseman also joined the voices of her fellow actresses.

“In hindsight, I wish that I didn’t voice the character of Diane Nguyen,” she said. “I now understand that people of color, should always voice people of color. We missed a great opportunity to represent the Vietnamese-American community accurately and respectfully, and for that I am truly sorry. I applaud all those who stepped away from their voiceover roles in recent days. I have learned a lot from them.”

With actors looking to hold Hollywood accountable for the lack of diversity in movies and television, we can expect to see similar conversations in the future. Are you excited to see where the industry goes? Who do you think they should cast as Apu in the future? Let us know in the comments!