If you haven't watched Tiger King on Netflix yet, what the hell are you doing with your life? Go! Watch it, then come back here so you can enjoy these memes that are almost as batsh*t crazy as the docuseries. (It's one of those things that you can't explain; it has to be seen to be believed.)

However, if you have watched Tiger King, then you know just how insane and wild the seven-episode series actually is. (Check out our review of Tiger King here!) So, we're not surprised at all by the hilarious memes that have now come about since its release on Netflix nearly two weeks ago. And because we're all stuck at home with nothing better to do, we wanted to share these hilarious Tiger King memes with you all. Enjoy!

Me showing up at every family gathering #TigerKing pic.twitter.com/GZy3Q60VQq

Where's the lie, though? 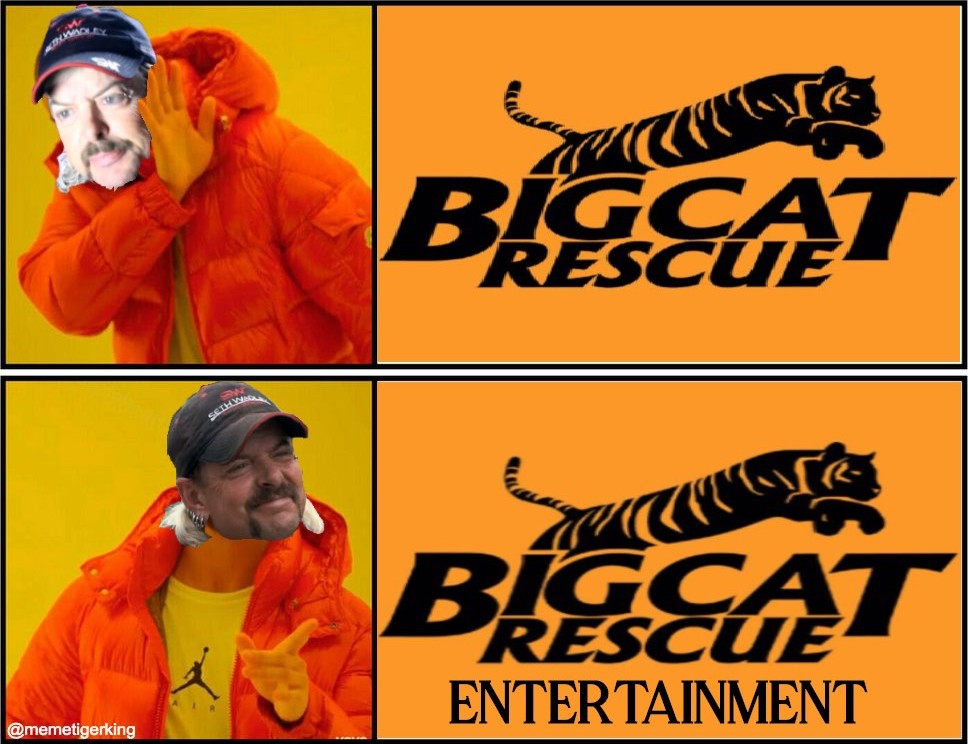 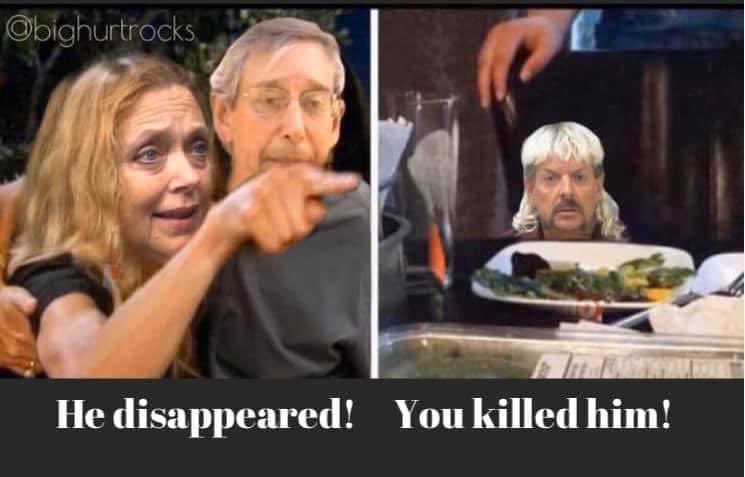 Feelin' called out, but whatevs ...

What my coworkers see during a conference call three weeks into quarantine after I’ve cut my own hair #TigerKing #Coronavirus pic.twitter.com/9irninJKma

Joe exotic: I will tell y’all, before ya hear it in the news. A tiger just ripped an employee’s arm off.
Y’all want a discount? A rain check?

The people in the gift shop: #TigerKing pic.twitter.com/zetvn1YVT4

The last scene of Garretson in #TigerKing made the entire series worth watching alone. pic.twitter.com/JhgnqqkDV5

Correction. THIS is the best thing we've seen all day! 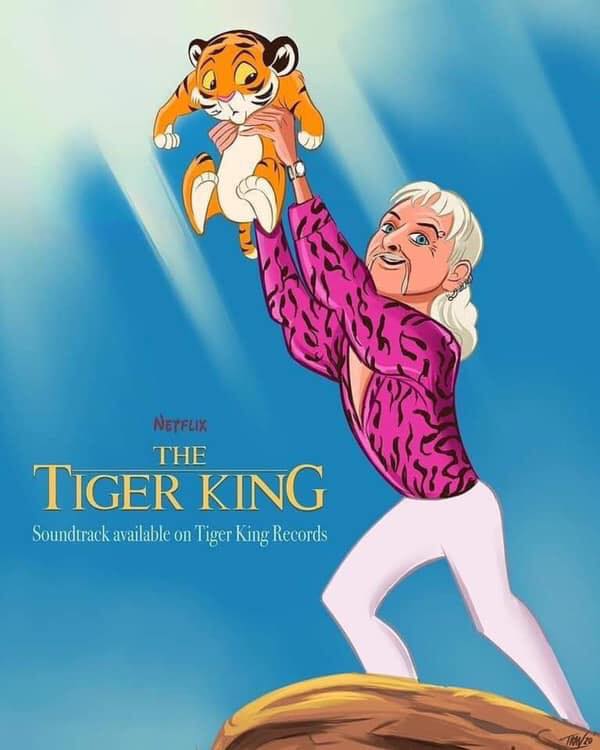 Only way we're greeting our pets from now on.

This is the only greeting I will be using and accepting from now on #TigerKing pic.twitter.com/fmJktlPpwN 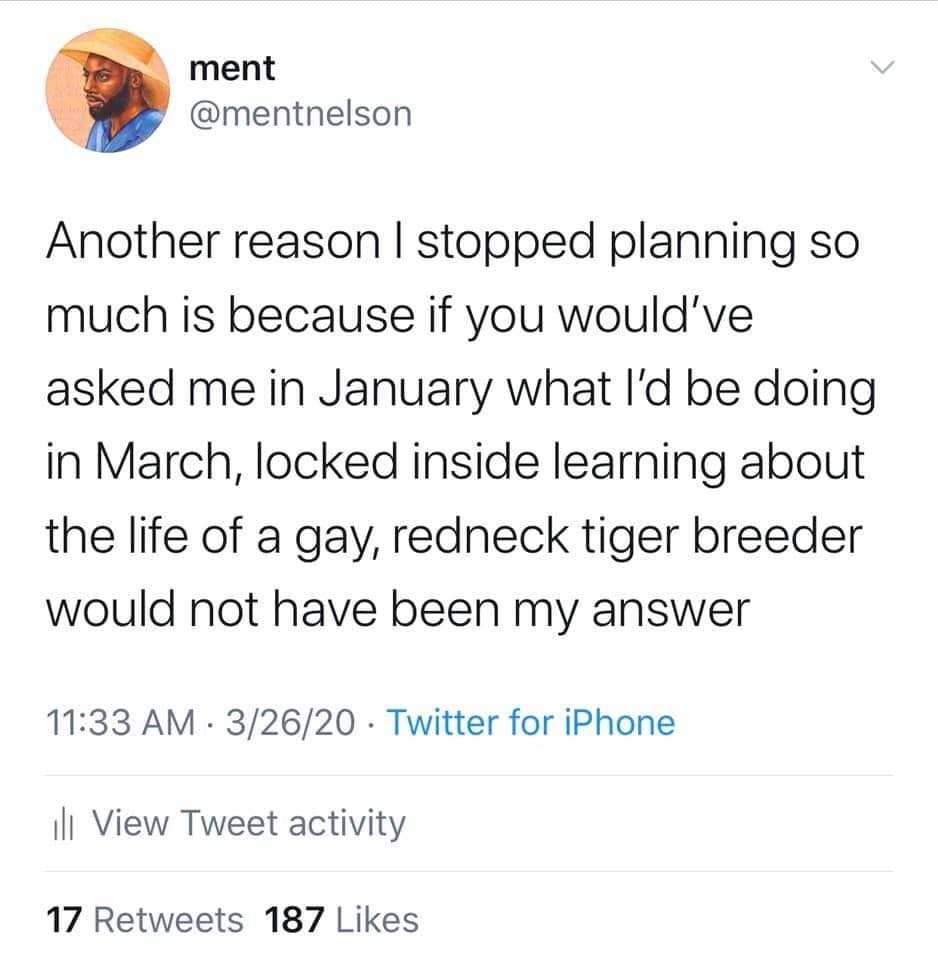 Can you imagine how many OTHER Tiger King memes there could've been??

i don’t think y’all understand how disappointing it is that all this man’s footage burnt, we could’ve had a WHOLE ass other reality show #TigerKing pic.twitter.com/FuC1b9Bpoo 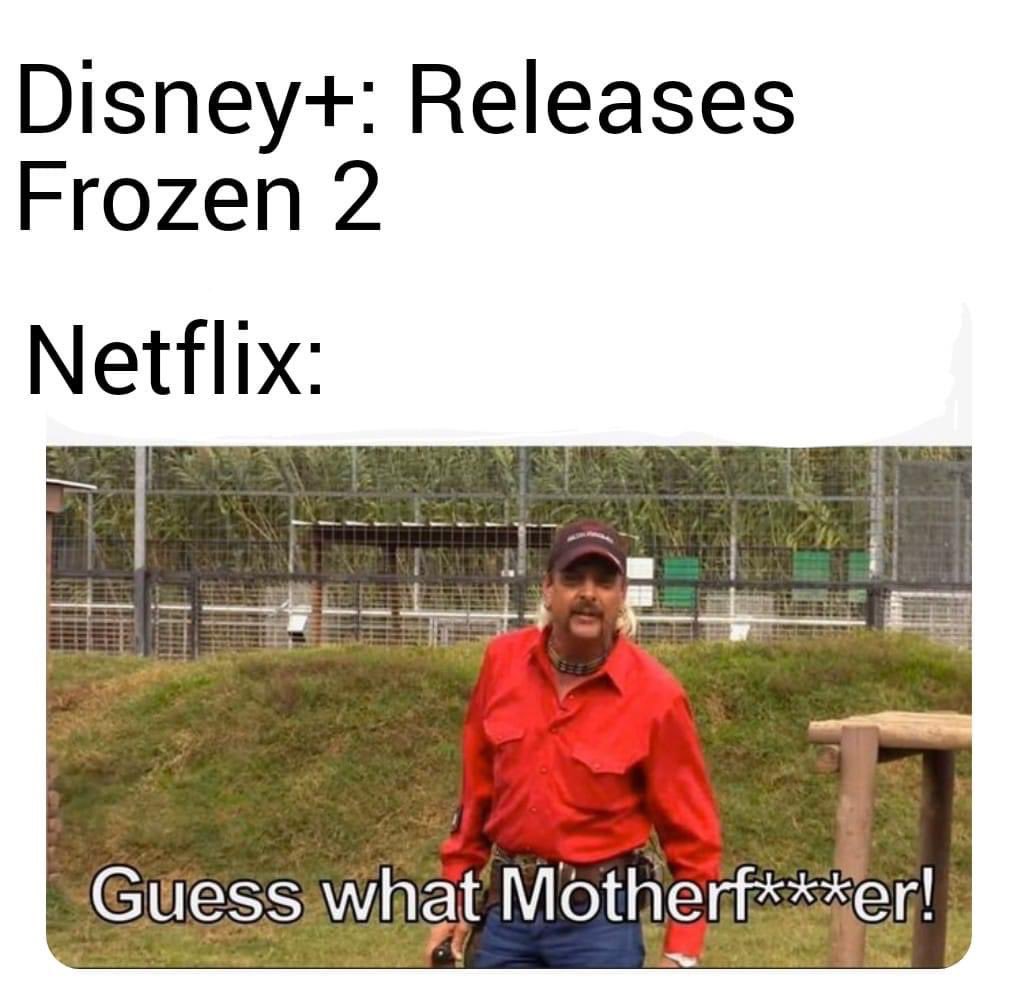 We have a feeling there'll be A LOT of Tiger King-themed Halloween costumes this year ...

Joe Exotic out there lookin like Joe Dirt dressed as Lisa Frank for Halloween. 😂#TigerKing pic.twitter.com/jXcbqJul7H 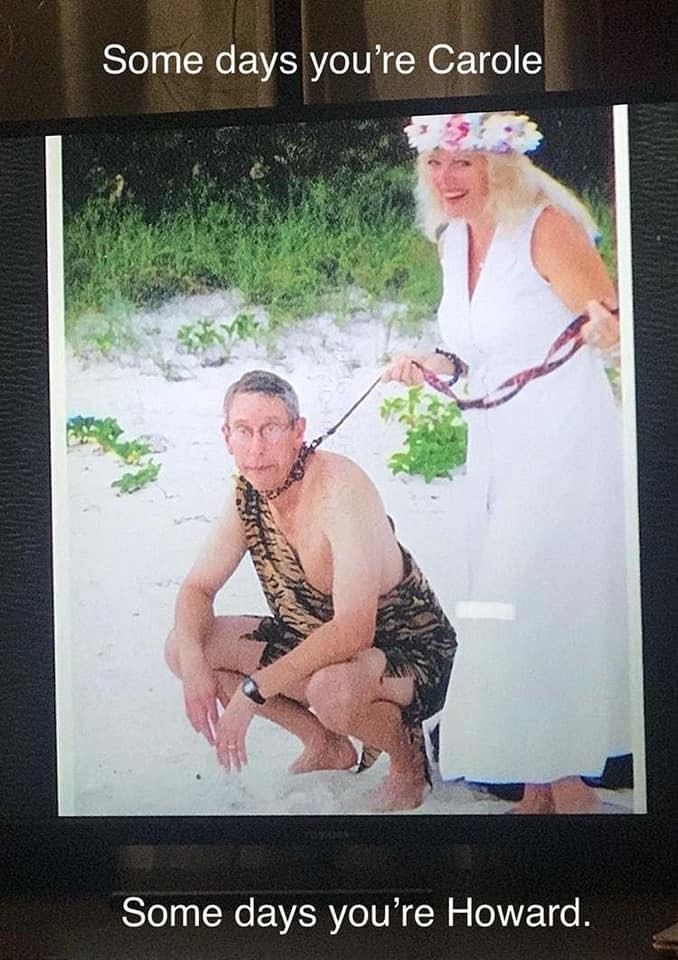 Us before and after watching Tiger King. 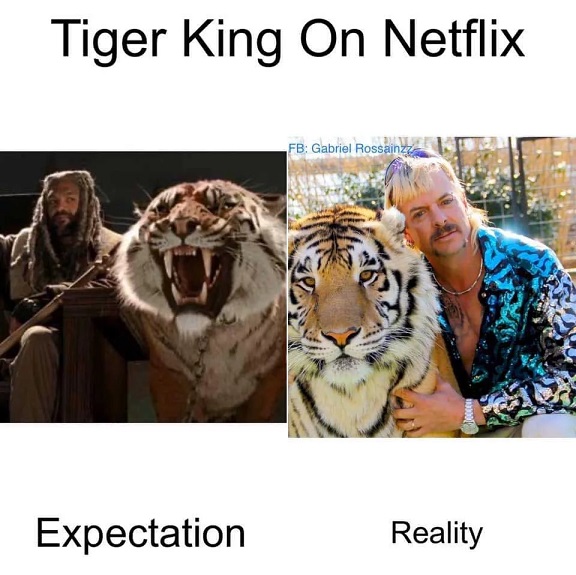 Whoomp. There it is. 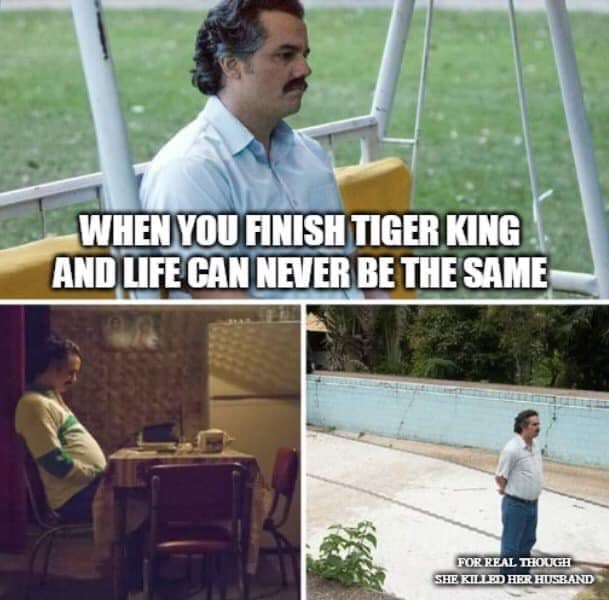 Have YOU watched Tiger King yet? Any other hilarious memes you want to share with us? Sound off in the comments below. See you on the flipside, all you cool cats and kittens.