Alicia Vikander breathes life into Lara Croft in the Tomb Raider reboot, a video game movie that actually manages to hit its mark without being too cringe-worthy.

The Tomb Raider franchise got a do-over back in 2013 with the new video game, then again in 2015 with its sequel. Lara Croft was reimagined as a younger, far less-experienced action heroine that wasn't overtly sexualized. It was a refreshing, much-needed take on the badass character we've all come to know.

When the time came for a movie to be made based on the new games -- because, honestly, it was bound to happen -- many were quick to defend the Angelina Jolie movies from the early 2000s. Now, don't get me wrong: I used to enjoy Jolie's take on Lara (keyword: used to), but that was before the games were rebooted and gave us a realistic character worth fighting for. 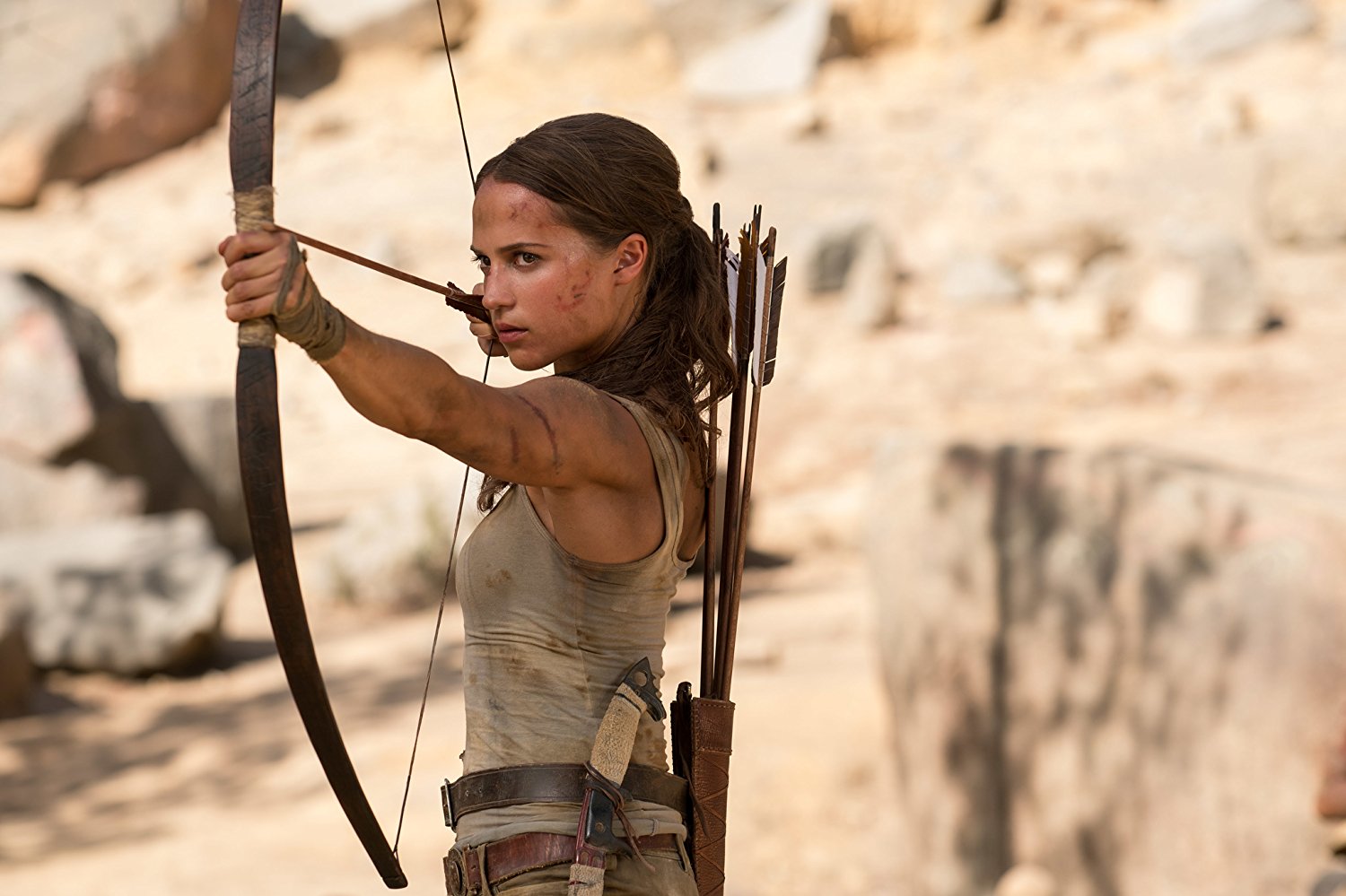 The 2001 movie, and its equally forgettable sequel from 2003, suddenly seemed very cartoonish, not being able to withstand the harshness of time. The plot became dense, the dialogue cringe-worthy, the acting sub-par, and the CGI over-the-top. Don't even get me started on Jolie's poor excuse for an accent ...

In Tomb Raider (2018), Vikander manages to give us a look at Lara before she starts raiding tombs -- a prequel, if you will. And instead of being the insanely wealthy, superhuman spy that can speak 10-plus languages, she's a scrappy, determined young bicyclist living in London just trying to make ends meet.

Her father (played by Dominic West) has been missing for seven years after going on a trip to Japan, and Lara refuses to acknowledge that he's gone. It seems as if everyone else has accepted his death, pushing Lara to do the same, but she refuses. If she were to sign, thus inheriting the Croft fortune, then her father would truly be gone.

She then sets off in search of clues about her father's disappearance, teaming up with reluctant sailor Lu Ren (Daniel Wu) as they head to the remote island of Yamatai, where a potentially dangerous supernatural threat awaits.

There's several nail-bitter action scenes that follow, including Lara trying to get out of a rusted plane suspended over a waterfall and a brutal hand-to-hand battle with a mercenary that was assigned to hunt her down. Alicia is, in a word, a beast! (Rumor has it she gained 12 pounds of muscle for the role.) 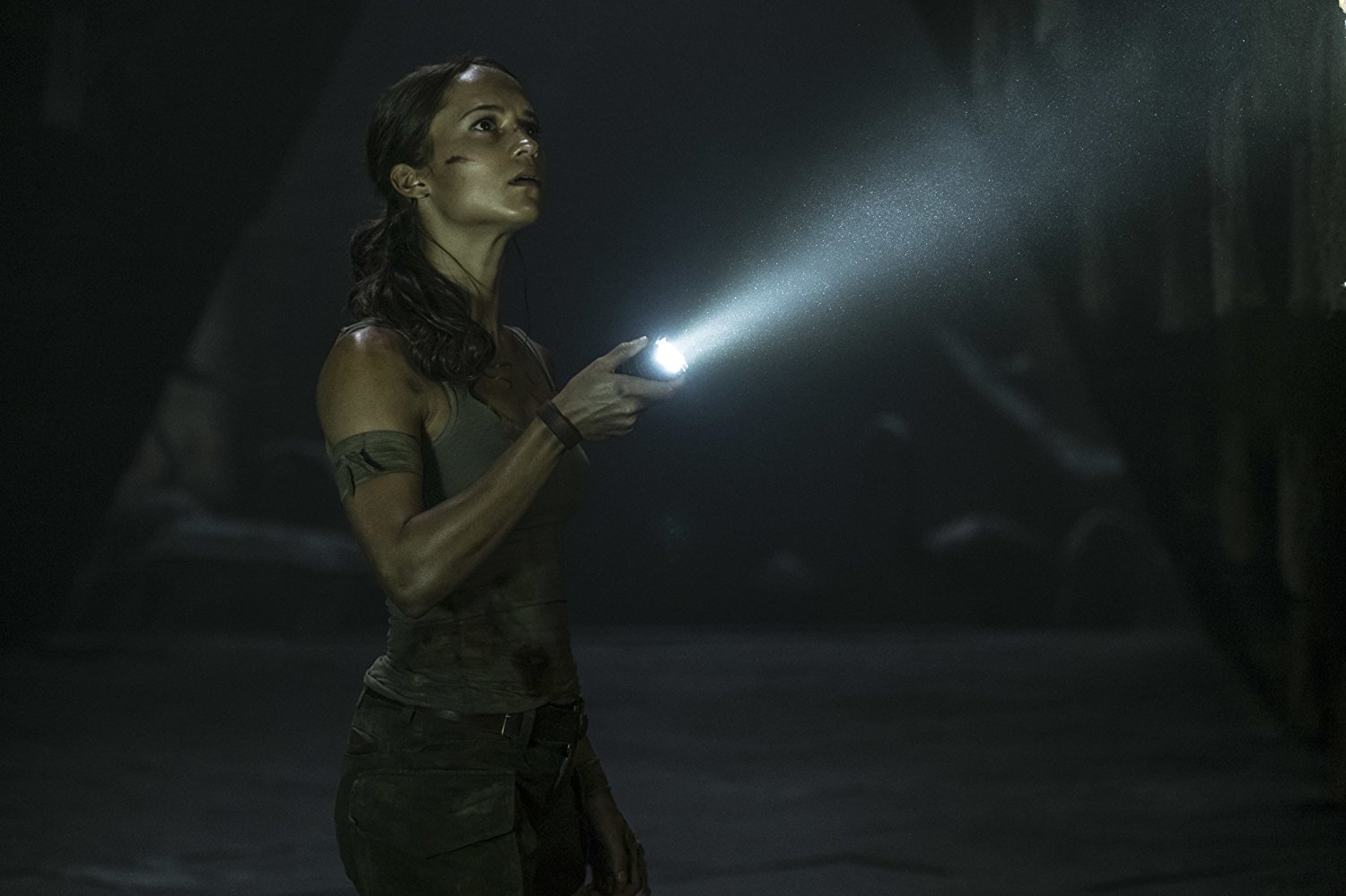 All of this, inevitably, leads to the tomb, which definitely had an Indiana Jones vibe to it, which only made it that much more fun to watch. The scenes had me on the edge of my seat as Lara and the crew skillfully made their way through the tomb, only to come face-to-face with the Queen of Death herself, Himiko. Well, her corpse anyways. More fighting ensues, and Lara comes out on top.

Not everything in the movie is perfect, though. Between the pacing (at least at the beginning of the movie) and the dull dialogue, it struggles a bit to find its footing. Alicia manages to power through and, in my opinion, saves the movie. At the end of the day, is it gonna win any major awards? Probably not. But it was a fun movie that kept me entertained the entire time!

I greatly look forward to a potential sequel, or maybe even a trilogy. In the meantime, I'll keep myself busy with the video games. And come on, I can't be the only one excited for Shadow of the Tomb Raider game coming out in September?!

What did you think of Tomb Raider? Did you like it more or less than the Angelina Jolie movies? Why or not? Let us know in the comments below!