Surprise, surprise: Peter looks exactly the same as he did 15 years ago.

As it turns out, Bachelor's Peter Weber's boyish good looks are indeed just that—boyish. And he was using them even as a young teenager to land an adorable advertising gig with Sylvan Learning Center.

The video of the 2005 commercial, where 14-year-old Weber played "Mark," has just recently resurfaced on the internet, and people can't get enough of watching the young Weber push a skateboard across the floor to send his positive report card to his mom at the kitchen sink.

Awwwww. Slightly cheesy, but heartwarming. I kind of hate myself for liking it.

Young Weber even has an IMDb page, with just a handful of credits listed, including a one-episode stint on Days of Our Lives in 2003.

Watch Pete react to the unearthed commercial during this interview:

How cute was young Peter Weber from #TheBachelor?! Do you remember him from this commercial? 😂 pic.twitter.com/pNZabFB2Zr

Though his success as a Sylvan Learning Center rep is obvious, Weber did not continue pursuing an acting career (unless you count The Bachelor). Instead, he became a pilot. 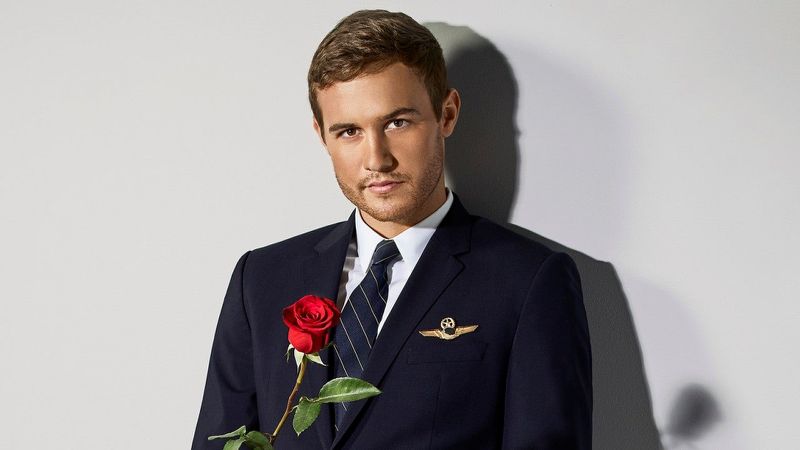 Weber is currently the main man on ABC's hit reality show The Bachelor, after being spurned by The Bachelorette's Hannah Brown last spring.

What do you think? Have you seen this commercial circulating the internet? Do you think Peter's changed much? Tell us in the comments!

Casting Call: ABC Is Looking for 'Senior' Bachelors and Bachelorettes