You spend hours of gameplay returning repeat confoundables to the Ministry of Magic, Hogwarts, Azkaban, and more.

Now that the game has been out for three weeks, we took the time to diligently play it and see how it compares to Pokémon Go, how well it works, what frustrated us, and overall how we feel it operates. The overall concept of the game is to return confoundables to their rightful place in order to prevent Muggles from discovering the Wizarding World – pretty cool, huh?

Here are our overall thoughts on Harry Potter: Wizards Unite!

Each player is given a profile to create that begins with your Wizarding ID, assigned by the Ministry of Magic, which shows your profession, house, job title, level, wand, and your achievements. And if you aren't thinking about it, it's easily forgotten about. The ID is essentially useless because you aren't constantly opening it to add new badges and such, and your player cannot be customized other than to wear your house colors!

Players are given the option to choose between three professions: Auror, Magizoologist, and Professor. You can switch between the professions to use certain skills when fighting off enemies and then switch back to your chosen profession!

For instance, "professors" can deal extra damage to curiosities, and one's spellcasting is stronger! A professor would be a good choice when you are fighting off stronger enemies and to also help you master your spellcasting in the beginning. 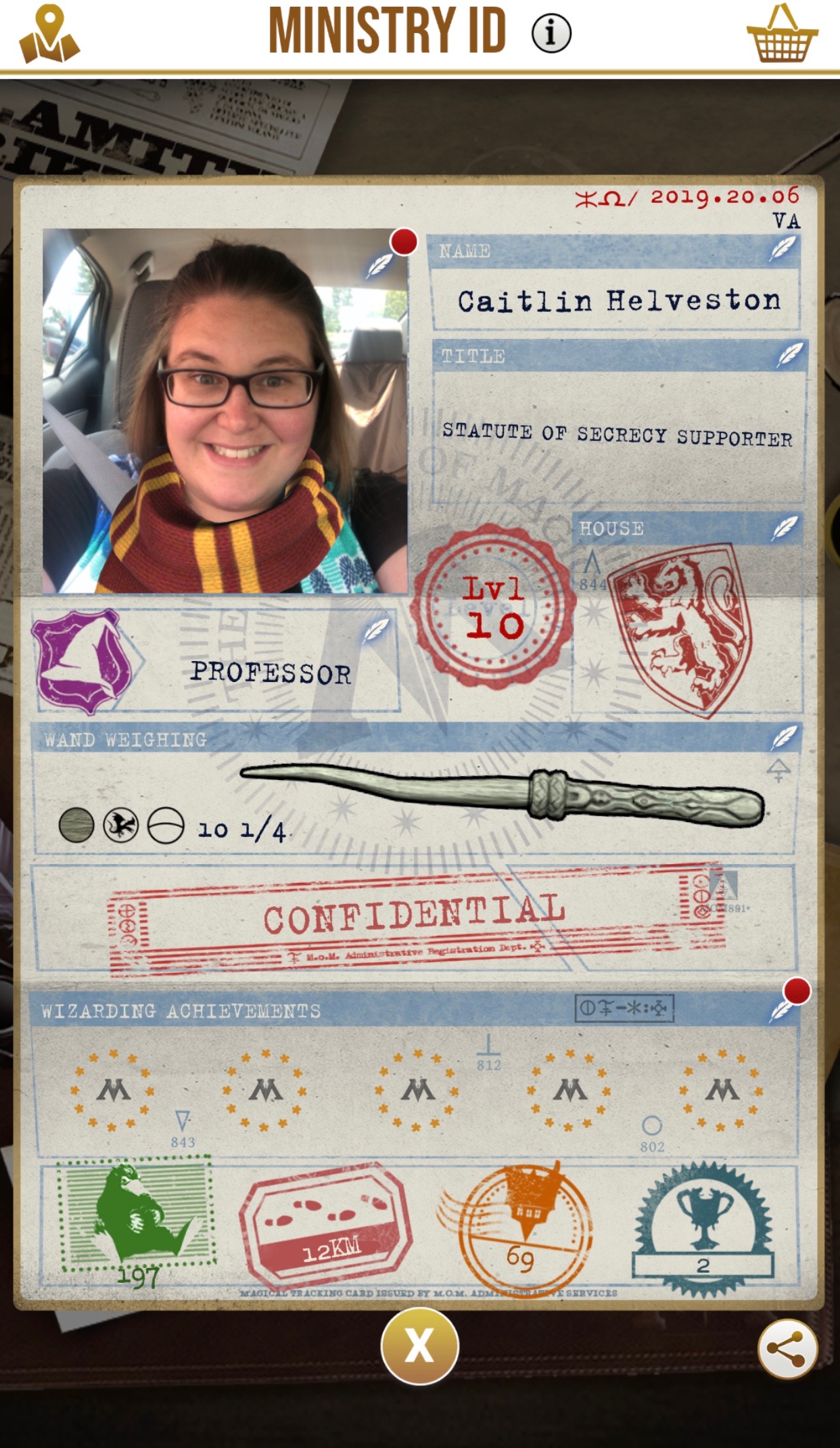 We found the extras to be cluttered and confusing because we could not locate the shop or registry easily. And instead of simplifying the interface, the creators stuffed several pages together. Once we finally were able to navigate through the 30-something (felt like it) pages, we discovered the options to purchase items from Diagon Alley, collect stickers of well-known and familiar characters, brew potions, use portkeys, and complete daily assignments.

The daily assignments earn you experience points to help you level up but did not contribute to low energy levels. Like Pokémon Go, you can level up quickly, but there is no end goal presented except to collect all the stickers (essentially, catch them all)!

The stickers that you collect do amount to some reward but are overall pretty useless. 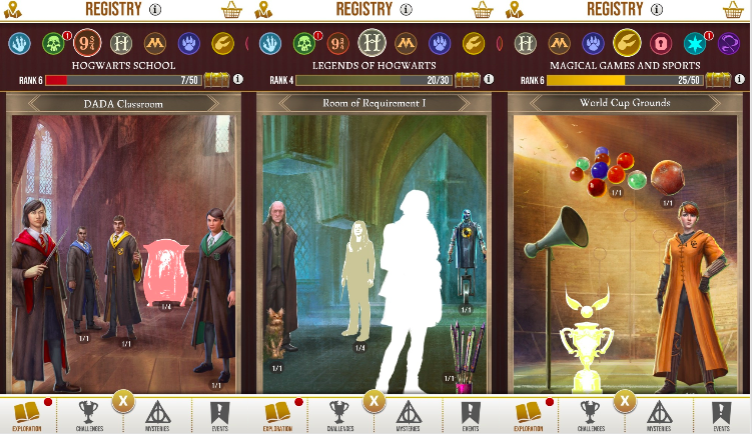 Instead of being given Pokéstops or gyms, Wizards Unite provided "greenhouses" and "cafés," where we would refill our energy ... very slowly. The greenhouses give the option to choose between three flower pots that either give you a mix of ingredients and energy, or just ingredients. Oftentimes, we would pick the plant that only gave us ingredients, leaving us stuck with no energy to continue playing or forced to purchase gold to refill our energy.

Overall, we just found the lack of energy refill frustrating and annoying. In addition, our storage components filled up within the first two days, rendering us unable to pick up other items. In an attempt to clear up some space, I brewed some potions to get rid of some of the items I collected, and then my potions vault filled up.

Verdict: Profiles and Extras – 2 out of 5 stars! 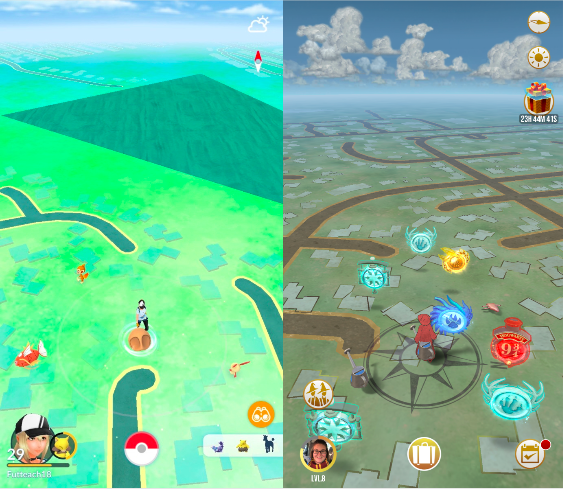 The graphics between Pokémon Go and Wizards Unite are comparably different. Wizards Unite comes out on top by far because of the realistic similarities between the game's version of the characters and the movie's version. We are highly impressed with the graphics! 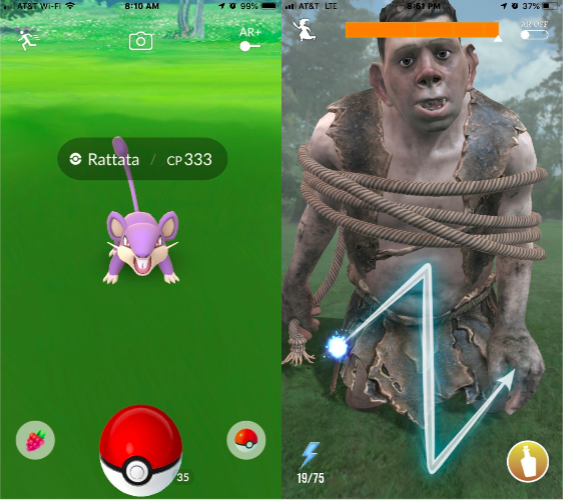 Casting a spell feels realistic and is quite fun to do because you are learning the name of the spell, its purpose, and what the motion is.

The spellcasting in the game could be quite difficult at times, however, because if you don't trace it correctly, you are less likely to defeat the confoundable! The goal of casting a spell is to be as quick and accurate as possible, and we had to figure this out by doing a bunch of research.

The Alternate Reality was quite difficult to do at first because you couldn't continue walking while you were playing. You had to twirl around until you located the magic item and then match up three stars to hold it down and begin fighting it, leaving the AR not really useful.

Although the casting can be frustrating, you can find popular and well-known characters to assist, such as Hedwig (may she RIP), Peeves, Professor Moody, young Ron Weasley, and many more! We can't wait to find Snape or Dumbledore!

Although there are many complaints from the overall gameplay, the portkeys have to be one of my favorite features! When you use the portkey, you can travel to familiar wizarding places to collect prizes and oftentimes you find rare items like the Firebolt Broom. The concept is simple: You are asked to place a portkey, step into it, and turn around while tapping five wrackspurts – that's it! You can travel like a real witch or wizard! 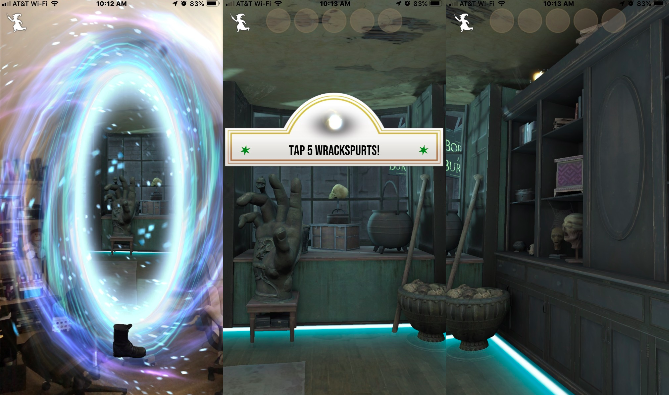 Although the game was too similar and had some working parts that were sub-par, Wizards Unite holds special events that would occur every couple weeks or so. 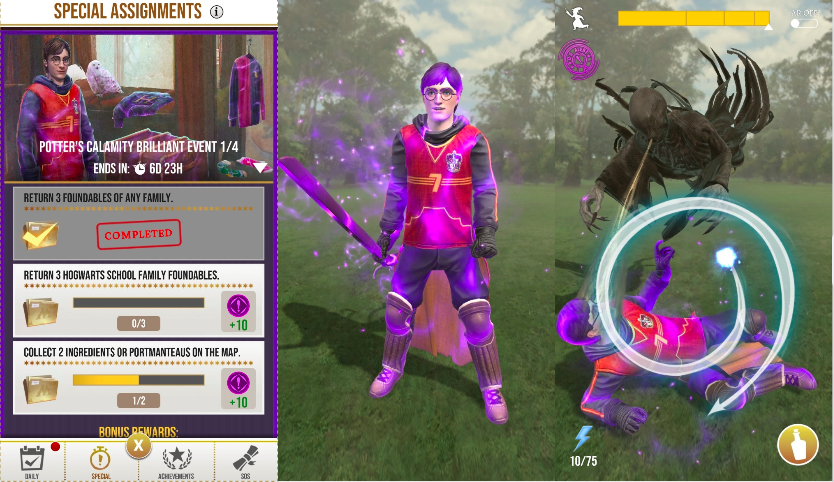 Harry Potter: Wizards Unite is very user-friendly and fun to play. You are casting spells like a real witch or wizard to help the Ministry of Magic complete their work, allowing you to live out your fantasy dreams. However, the game can be played mindlessly once you learn how to cast a certain spell, and you eventually get tired of returning the same confoundables over and over again.

The game is fun to play and operates well for a free application game, but still, it needs some work.

Verdict: Overall, I give the game 3 out of 5 stars.

**All screenshots courtesy of Caitlin Helveston

What level have you reached in the game? Would you give it a similar or different rating? What did you love about the game? Tell us in the comments!