You know nothing, Jon Snow!

You think you took the ending of Game of Thrones hard? It seems nobody is taking it as hard as the lead actor himself.

HBO premiered a behind-the-scenes documentary last Sunday for fans titled The Last Watch, which was a phenomenal way to close the final season of Game of Thrones. We got a sneak-peek into the making of the incredible TV show, and better yet, we got to witness the table reads.

For the table read of the final episode, The Iron Throne, Kit Harington (who played Jon Snow) chose to wait to read the script until he was with his fellow castmates so he could find out the ending of the story along with everyone else.

We think this was a wise decision.

His emotional and fitting reaction to discovering that his character Jon Snow kills Dany is exactly how we felt when we saw the scene unfold on our screens. Emilia Clarke was purposefully sitting directly across from Harington so he was forced to look at her as the writers read the heinous, but necessary, act he had to perform.

Following the ending of the show, Harington checked himself into a rehab center (luxury Connecticut health retreat Privé-Swiss) due to alcohol abuse, exhaustion, and stress. Was this possibly a result of the emotional toll of the ending of the series? Or the fact that his character had to kill the woman that he loved?

I mean, he had to sacrifice everything in order to save the people from a woman who had turned mad and burned an entire city of innocent people alive ... This would really scar someone for life.

Who else needs to check into this rehab center along with the famed actor to cope with the fact that the show really is over? *slowly raises hand*

Now that Game of Thrones has reached its end, we and the cast have to find something else to do and watch. I can see all of us sitting on our couches like this every Sunday night: 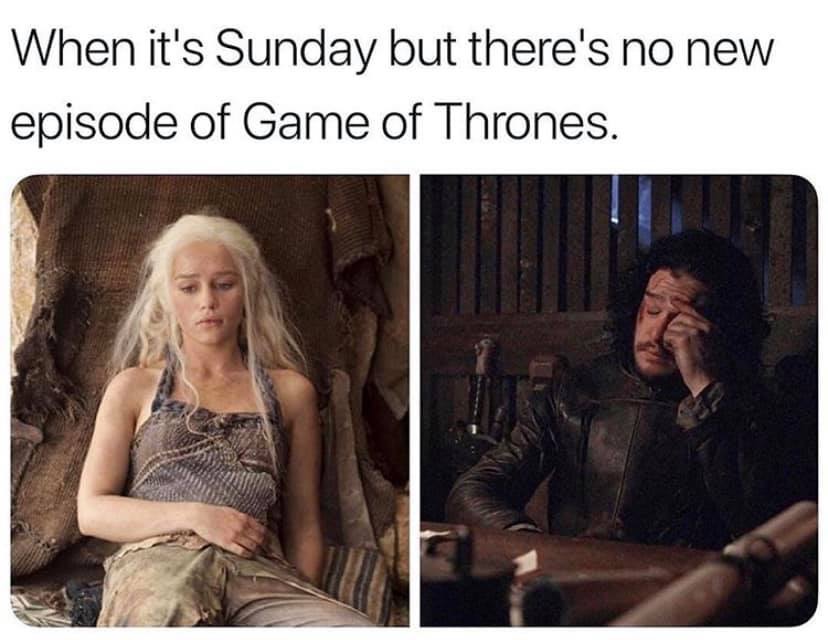 Was Harington's reaction fitting? Do you think he made a good decision waiting to read it?

We certainly wish him the best and hope that he's able to get the rest and recuperation that he needs!

Tell us what you think in the comments.