Eight years after her death, Whitney Houston is still taking the world by storm! "An Evening With Whitney: The Whitney Houston Hologram Tour" starts in Europe and plans to expand throughout the globe.

Technology has made so many things possible and has opened doors for so many incredible digital phenomena, but did anyone expect a market for reviving celebrities?

Hologram technology is making it possible to have icons live on even after their deaths. This trend came into the mainstream in 2012 when the audience at Coachella witnessed a performance from a holographic Tupac Shakur, and it kept its popularity when a digital Michael Jackson performed at the 2014 Billboard Music Awards. 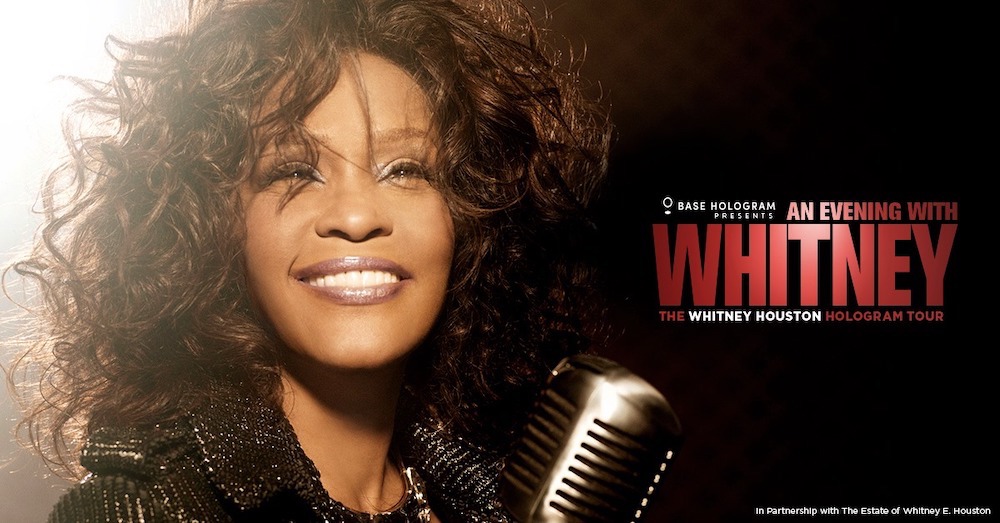 "A hologram show is all about the imagination and creating a 'wow factor' that extends to an incredible experience to enjoy for years to come," Pat Houston, CEO of The Estate of Whitney E. Houston said, as she discussed the vision and reason behind a hologram tour.

Fans can expect an experience where Whitney performs her greatest hits like, "I Will Always Love You," and "I Wanna Dance with Somebody (Who Loves Me)," alongside a live band and backup dancers. With the digitally remastered versions of her songs along with a stellar light and visual display, this will surely be a tour that does justice to Whitney's influence and legacy that she built during her time here.

The tour started on February 25 in Sheffield, England, and will work its way through Europe. Several dates and cities are confirmed on the tour's official site, and updates will be posted there as more dates and cities are announced. The site also reveals plans to bring An Evening With Whitney to Mexico and North America as the year progresses.

Whitney Houston built her career for over 30 years, and her voice is not one to be forgotten. A holographic tour that showcases her best work is a perfect way to make sure this amazing, talented woman's legacy lives on years after her passing.

Do you love Whitney Houston? Which of her songs would you love to see included on her tour? Let us know in the comments!

Gaming Checkpoint: How to Get Into Gaming