10 Geek Conventions All Nerds MUST Attend in 2019

10 Geek Conventions All Nerds MUST Attend in 2019

Let your nerd flag fly at one of these geek conventions!

As an avid attendee of Denver Pop Culture Con (formerly known as Denver Comic Con), I had no idea I'd been missing out on all of these geek conventions across Colorado. But, now I know better! And you can bet I'm gonna attend as many conventions as I can this year!

No matter your level of geek -- whether you're a fan of sci-fi, cosplay, video games, comic books, etc. -- below are just 10 of the many conventions you should attend in 2019! Let's dive in, nerds.

If you're a gamer, you don't want to miss one of Denver's oldest gaming conventions. In its 42nd year, Genghis Con is a celebration of all types of games. Also, this year's event will feature many special guests, competitions, panels, and more.

Returning for its second year, the Pikes Peak Gamers Convention will have more than 800 board games for guests to enjoy, vendors, and more. It's gamer heaven.

DiNK (Denver Indie Comics & Art Expo) is an event that celebrates "artists, writers, creators, zine makers, graffiti artists, tattoo arts, and publishers from around the world," according to its website. More than 250 exhibitors are expected to be in attendance, as well as feature panels, art auctions, comedy shows, and the 'DiNKy' Awards, a comic and arts awards ceremony.

Calling all anime fans! Colorado Anime Fest is back and bigger than ever. From cosplay to special guests and everything else in between, this convention "celebrates all things Japan in the Mile High City!" 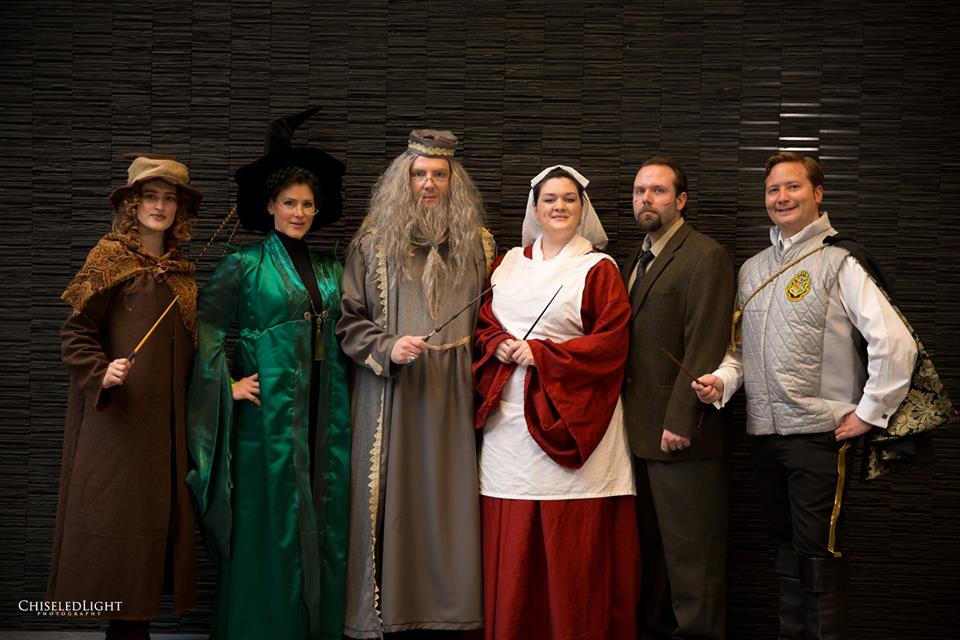 StarFest is not just a single convention. It's a collection of various conventions rolled into one. The convention is compromised of ArtFest, Avistrum, ComicFest, CosPlay, GameFest, KlingonFest, ModelFest, RoboCon, ScienceFest, and StarFest. Basically, this one is for any and every type of geek.

When: May 31 to June 2
Where: Colorado Convention Center
More Information

One of the biggest pop culture conventions in the country is right here in the Mile High City. Denver Pop Culture Con will bring three days of comics, cosplay, celebrity guests, panels, artists, vendors, and much more.

The Myths and Legends Convention (MALCon) is all about, you guessed it, myths and legends. This year, the convention will focus on all things Harry Potter, Lord of the Rings, Firefly, Doctor Who, and Game of Thrones.

Returning to the Chapel Hills Mall Event Center, the comic book convention will be bigger than ever before — with even bigger guest appearances, tons of cosplay, and so much more!

What started as a small anime festival has grown into one of the largest conventions in Colorado and our neighboring states. Nan Desu Kan (NDK) is a "small-convention atmosphere with excellent programming, cultural material, and appearances from our wonderful Guests of Honor."

MileHiCon has been around for 51 years. 51 YEARS. As one of the state's oldest conventions, MileHiCon promises to make all of your sci-fi and fantasy dreams come true. With special guests, an art show, a gaming area, vendors, and cosplay, among other awesome activities, there's a reason it's been around for as long as it has.

What do you think, nerds? Are there other nerd-tastic geek conventions in Colorado that we missed on our list? Let us know in the comments below.

May the Force Be with You.

Celebrity guests for Denver Pop Culture Con 2019 have started to be announced!