"Love like yours will surely come my way … hey, hey, hey!"

Years after their passings, Buddy Holly and Roy Orbison are set to perform in Fort Collins, Denver, and Colorado Springs this fall. Called the "Rock N Roll Dreams Tour", the singers will appear via life-like holograms on stage, and it's all thanks to BASE Hologram. Through the use of sound from previous performances by Holly and Orbison, as well as body doubles and no shortage of computer trickery, they'll be brought back "to life" before your eyes. It's promised to be a night of nostalgia, fun, and good, classic rock. 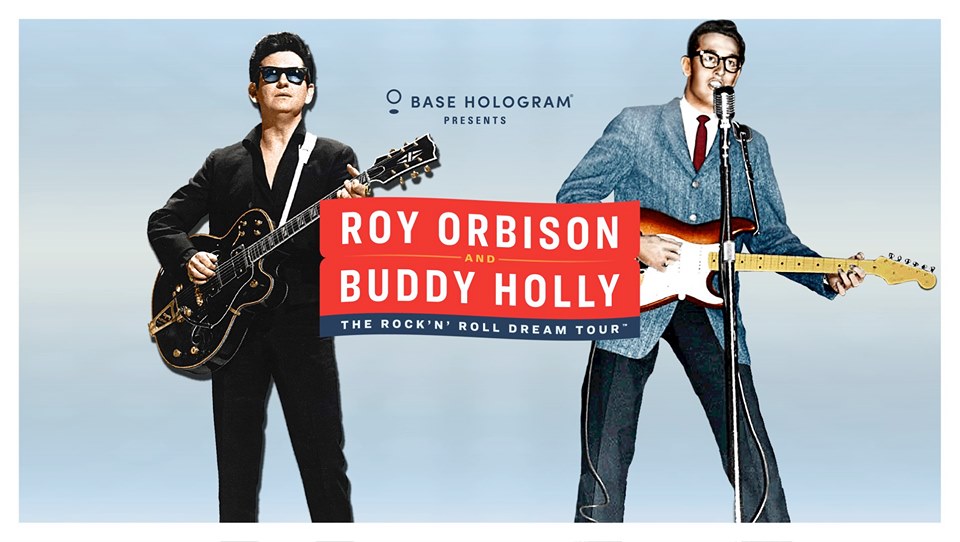 The two rock n’ roll legends never toured together when they were alive, and this hologram concert tour brings that dream to a reality. Holly, famously known for the songs "Everyday" and "That’ll Be The Day", will be playing his all-time hits alongside Orbison, known for “Pretty Woman” (obviously).

The show isn’t just these superstar holograms playing in front of you. They'll be accompanied by a live band with background singers, making the experience even richer. That’s what it really about, isn’t it? Remembering and experiencing Buddy Holly and Roy Orbison with how they should be remembered: by their music.

At least, that’s what Brian Becker, Chairman and CEO of BASE Hologram, believes in with this tour.

"These two men … defined the genre of rock and roll, from writing to recording to the standard band configuration, and they influenced everyone from Elvis to the Beatles," said Becker.

The Rock N Roll Dreams Tour comes to Fort Collins on October 7 at the Lincoln Center, before it hits the Paramount Theater in Denver on October 8. Lastly, the tour will make its last stop in Colorado at Pikes Peak Center in Colorado Springs on October 9. Ticket prices start at $49. If you can’t make any of those three dates, the tour continues with a total of 60 dates in both the U.S. and Europe.

Check out the demo below of Buddy Holly performing, courtesy of BASE Hologram:

The show has received the blessing from Orbison's family. "It's so touching to see people having these family moments, where it's like a guy and his dad, and they're watching my dad and they're in tears," said Alex Orbison, son of Roy Orbison.

So, what do you think? Are we going to see more hologram concerts with late musicians being brought back to life? Share your thoughts with us in the comments below.