Fans of Edgar Allan Poe travel from all over to participate in the Poe Museum’s annual "Birthday Bash" in Richmond. But this isn’t just a fan event; it’s a family-friendly event for everyone interested in history and entertainment. This year’s celebration of the esteemed writer's 211th birthday is going to be better than ever. There is a fantastic lineup of live historic performers, book readings, book talks, other performances, bands, and best of all, a visit from Edgar Allan Poe himself (well, a great impersonator) to cut his birthday cake.

The Birthday Bash begins at 12 p.m. with a living historical performance by Poe’s birth mother, Eliza Poe. The next 12 hours are filled with diverse entertainers. The following are just a few of the performances to look forward to: 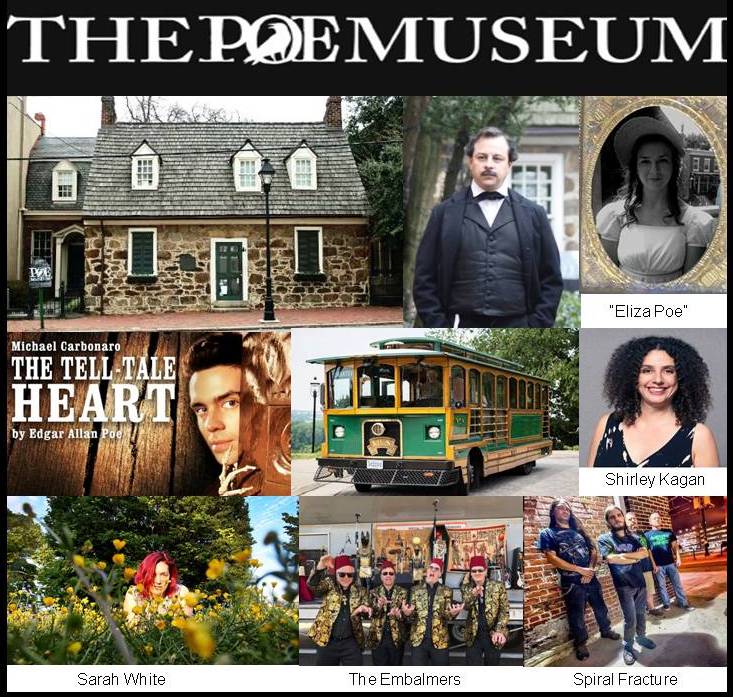 Event tickets are $10 per person and allow you to pop “in-and-out” at your leisure throughout the entire event. The Poe Museum is located at 1914 East Main Street, Richmond, VA 23223. Click here to purchase tickets, and click here for more information.

Have you ever attended a Poe Museum Birthday Bash? Do you plan to attend Poe’s 211th birthday celebration? Tell us in the comments!