Who wouldn't want to be scared silly on their own couch?!?

Your home is supposed to be a safe place, a haven from the ghouls, specters, and things that go bump in the night.  ou can protect your abode with chains of garlic, horseshoes over doorways, lines of salt—any number of supernatural defenses. They say that even vampires will have no power over you inside your own house.

That is, of course, unless you invite them in.

Apparently, the same can be said for haunted houses this year. As the pandemic continues to change the way we go about things in 2020, many haunted attractions have been forced to alter their approach to Halloween this year, if not shut their doors entirely. Thankfully, Shocktober in Leesburg, Virginia, has come up with a unique, if not seemingly obvious solution. They are bringing the scares to you with four evenings of terror that can be live-streamed and then kept for repeated viewings.

Shocktober has been frightening audiences since 2010, all the while raising money for The Arc of Loudoun, a nonprofit organization that promises to "advocate for, educate, serve, and support people with disabilities and their families." For 10 years, the haunted tour of the very real Carlheim Manor and its property has risen over $3.5 million for the association, as reported by Loudoun Now. Shocktober has also garnered awards from a variety of magazines including being named the 5th scariest Haunted House in the country by Travel + Leisure. 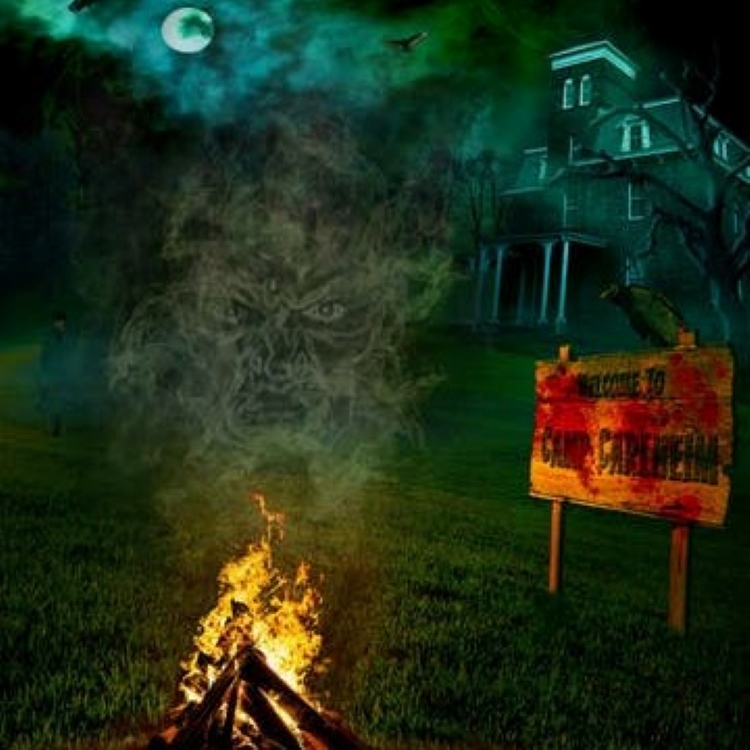 Intent on keeping the tradition going, not only for the foundation but for Shocktober fans throughout Virginia, the decision was made to orchestrate an online version of the scares to allow anyone, anywhere, to experience the haunts of Carlheim Manor and its infamous basement. The "virtual shocks" are walkthroughs with celebrities (local and national alike) as they brave the different parts of the property on four different nights. Each session is going to be two hours long, and pricing will start at $10 per tour or a package that includes all four starting at $25. You can purchase your online tickets here!

They are also offering Shock Party Haunt Classes! You can choose from five different Zoom tutorials on creepy make-up effects like basic or advanced gore, distressing clothing you already have at home to make costumes, or decorating tips to scare the pants off your guests. There are also recipes and walkthrough instructions for making "Monster Cocktails, Killer Appetizers, and Deadly Desserts" from Loudoun's top chefs.  Each class lasts 1-2 hours, and prices start at $20.  Get them here!

Legend has it that the manor was built in 1879, and it wasn't until after the family moved in that Dale Carlheim discovered caverns underneath the house which contained unmarked graves he had accidentally disturbed during the construction. The Carlheim family began to experience strange and violent happenings until the wife and children were finally killed under mysterious circumstances and Dale simply vanished and never heard from again. Since then, it is said that anyone who has lived there has suffered a similar fate and that "the mansion grounds were abandoned, and the grisly stories of murder and horror were forgotten"... until now.

Friday, October 23, you can tour the manor with Golden Globe nominee and triple-threat actress, singer, and dancer, Nikki Blonsky, best known for her role as Tracy Turnblad in 2007's Hairspray.

Saturday night, October 24, you can team up with ghost hunter Nick Groff, star and creator of Paranormal Lockdown, Ghost Adventures, and Ghosts of Shepherdstown.

The following Friday, October 30, local talent Wayde Byard will be your partner through the terror. "Byard has been the Public Information Officer of Loudoun County Public Schools since 2000 and has been dubbed 'The Voice of The Snow Days'...You already know the voice, now it’s time to hear the scream"!

And finally, on Halloween night, October 31, you’ll get a first-person walkthrough of the manor and the basement's "Well of Souls" all alone! "The two-hour episode will virtually take you through the history, the horrors, and the true haunt you feel every time you walk through the manor doors."

Sounds like the perfect recipe for a watch-party!  Will you be checking out the virtual Shocktober? Let us know in the comments!