Upslope Brewing's Backcountry Tap Room is back to debut its newest seasonal in the great outdoors.

If there’re two things Coloradans take seriously, it’s our outdoors and our beer. Boulder’s Upslope Brewing has found a way to mix the two in a very Colorado way.

Upslope will set up its fourth annual pop-up Backcountry Tap Room on October 6. This temporary beer bar will greet hikers at the end of a 2.5-mile trail in Fraser’s Grand Park. Hikers will get a chance to try a can of its new, never-tasted winter seasonal, Spruce Tip IPA, along with a few other samples of its line-up.

“Our Backcountry Tap Room is exactly what it sounds like. It’s a makeshift tap room placed right where adventure happens to debut a new beer. A true embodiment of our Après Everything mentality, these hidden gems reward those willing to sweat their way to a cold refreshing beer, by giving them a beer worth sweating for. The first one’s always on us,” explains the event website. 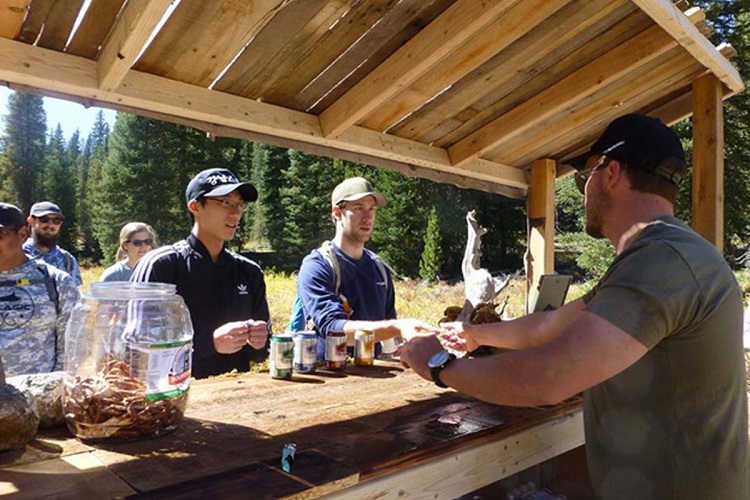 And if hiking and day drinking weren’t enough, Upslope will also provide lawn games and live music by the Steepland String Band.

Drinker-hikers should purchase $15 tickets prior to the hike. All proceeds go to Leave No Trace Center for Outdoor Ethics. The ticket provides one can of seasonal beer and up to three cans of the other offerings.

One might ask if it is the best idea to hand out up to four beers to those hitting the trails? This is Colorado; we pretty much own the greatest moments in “here, hold my beer” history. It’ll be fine, or at least might make a heck of a story to tell over a few Upslope seasonals … after all your broken things heal.

Get your tickets for Glow in the Gardens before they're gone!